I get to do a mushroom post once in a while, especially when I see hundreds of what appear to be mushroom trees. Plus, the Antarctica post is going to take a long time to put together because Antarctica will go down as one of the most magnificent places we’ve ever seen. That said, here is one photo from Brown Bluff on the Antarctic continent: 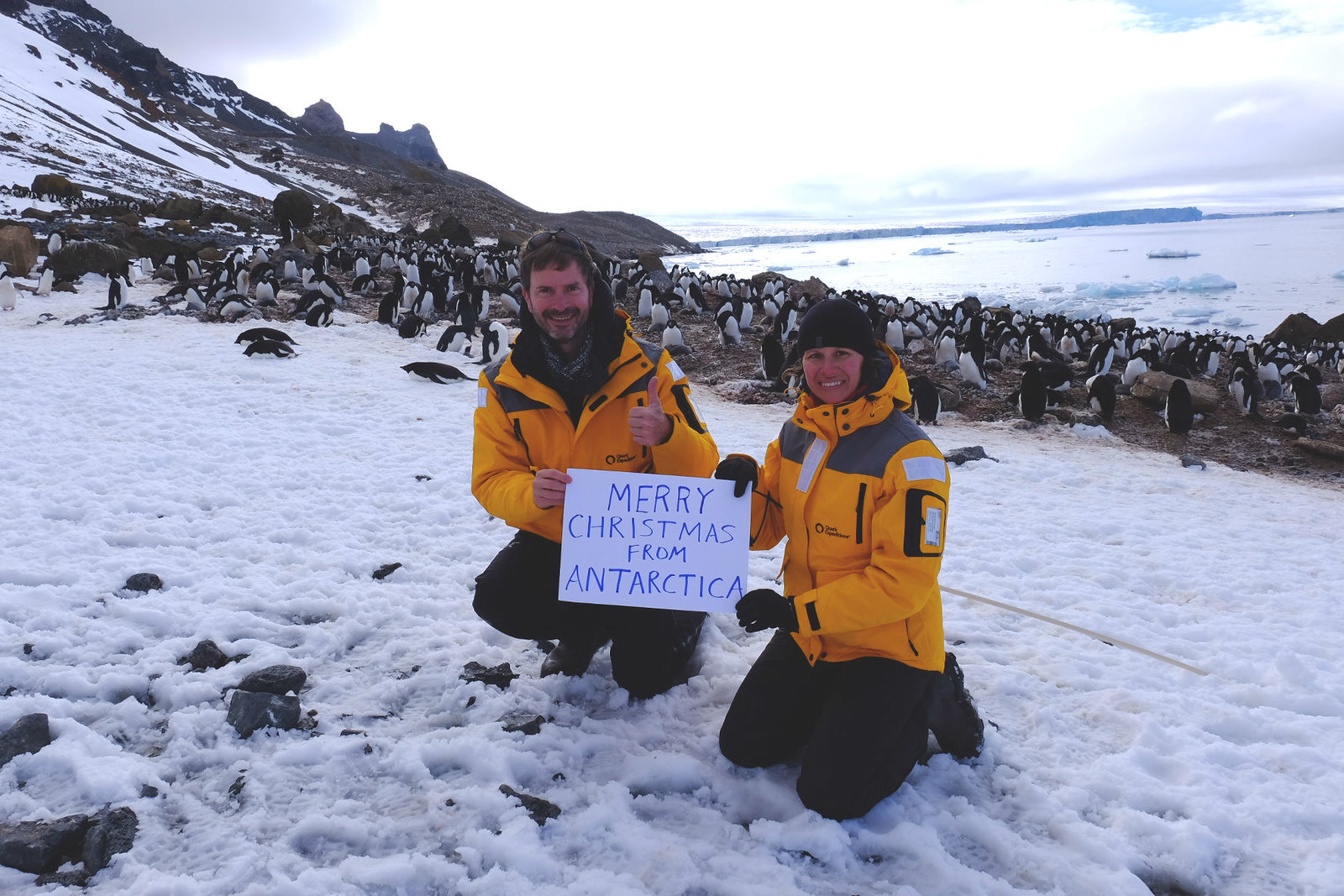 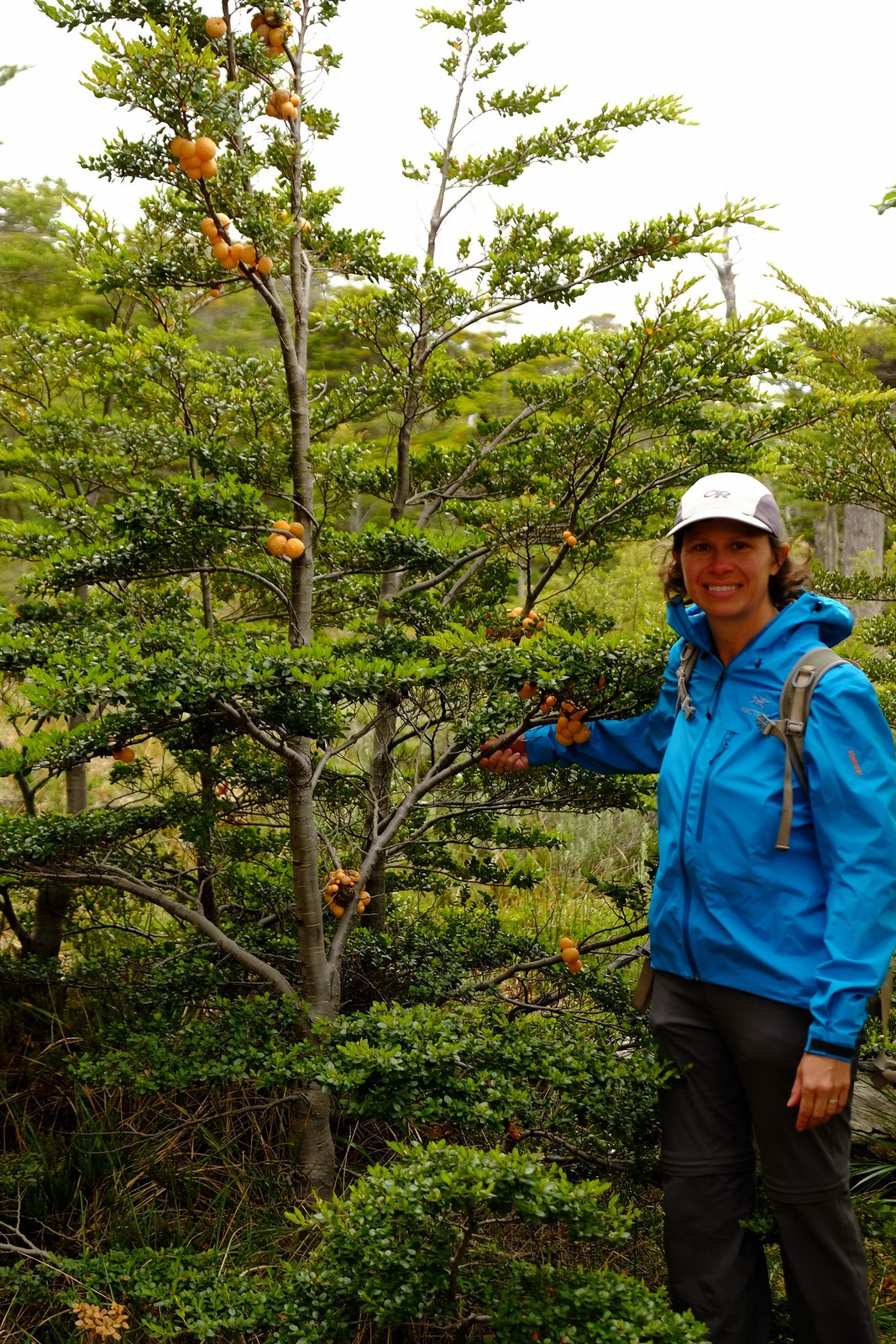 We first saw this super cool mushroom while on a tour through Tierra del Fuego National Park, which is accessed from Ushuaia, Argentina, at the southern tip of South America. Ushuaia somewhat oddly touts itself to be “El Fin del Mundo” (the end of the world), but is the place from which most ships to Antarctica leave…which seems to be a more fitting place to call the end of the world. ? Ushuaia is on the Beagle Channel, named for Charles Darwin’s boat. We’re currently stuck here for nearly a week because the buses out were full until Friday. The temp here is in the 40s and it’s rainy, so it feels like we’re living through the Seattle winter we meant to escape, although it looks more like Alaska with a very low treeline and peat bogs, and a bit more charm in spots. But, I digress. 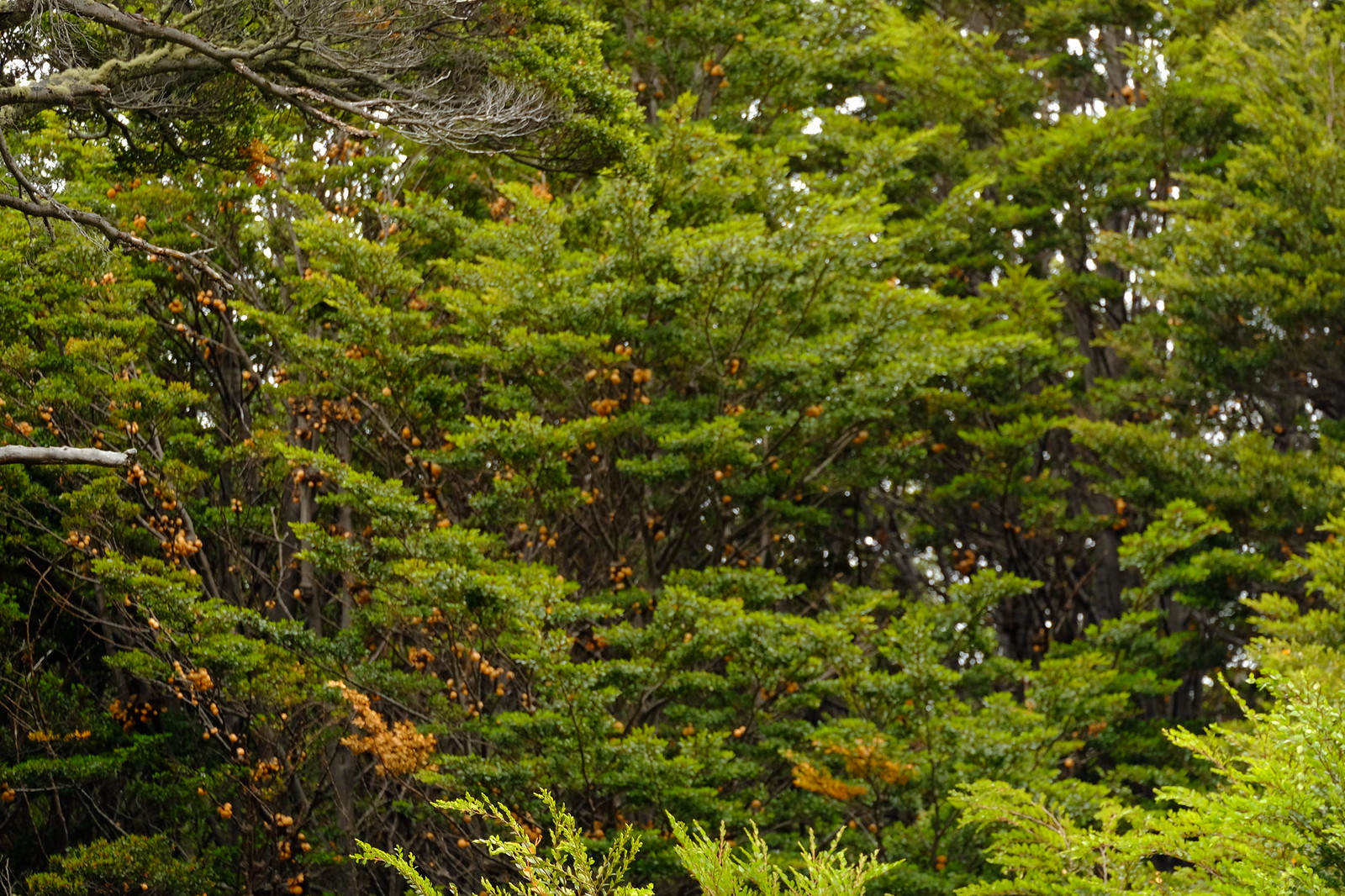 Yes, all of those orange spots are mushrooms, aside from a few obvious dead branches near the bottom

After we got back from Antarctica, we went on a hike out of Ushuaia and saw a bazillion of these mushrooms, both in the trees and decaying on the ground. They grow right on the branches and trunks of beech trees, but then in time form large cankers and grow out of the cankers. They don’t appear to kill the host tree because they are all over young and old trees down here. 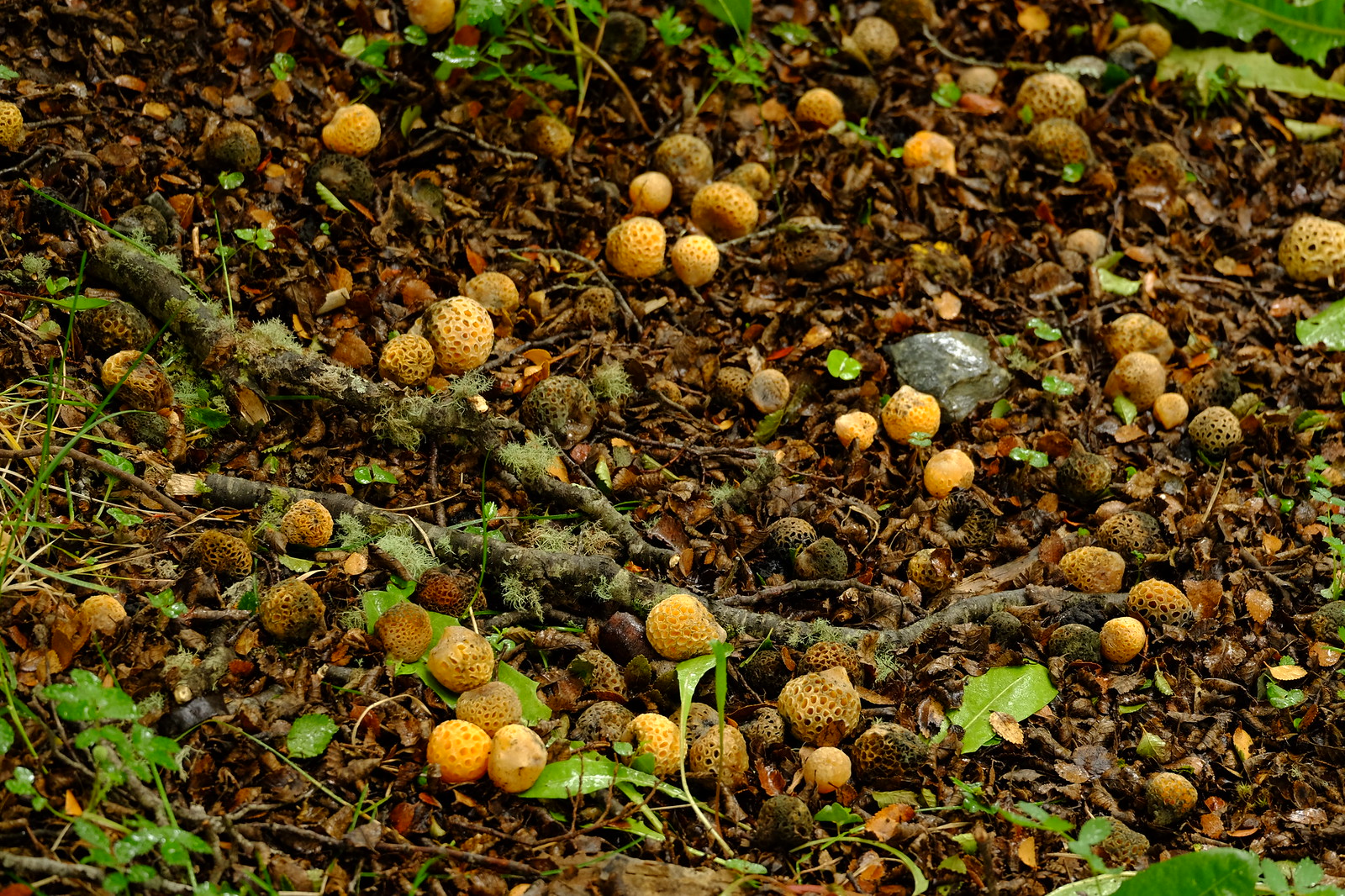 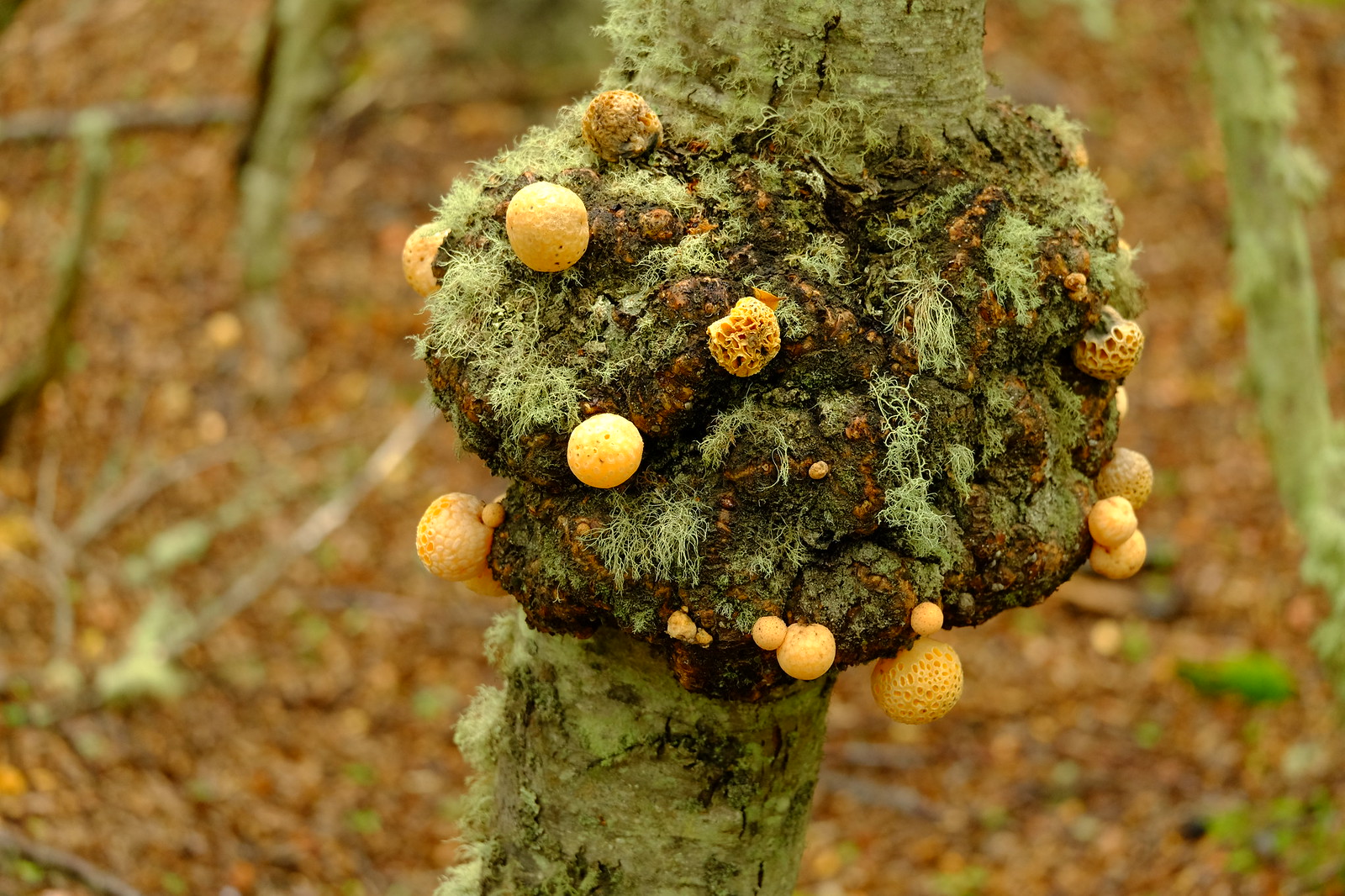 They range in size from a small marble to a racquetball at the very largest, but most are smaller than a golf ball. They are very firm, and bounce back when you squeeze them. The specimens I split open were primarily gelatinous throughout, similar to coral mushrooms. 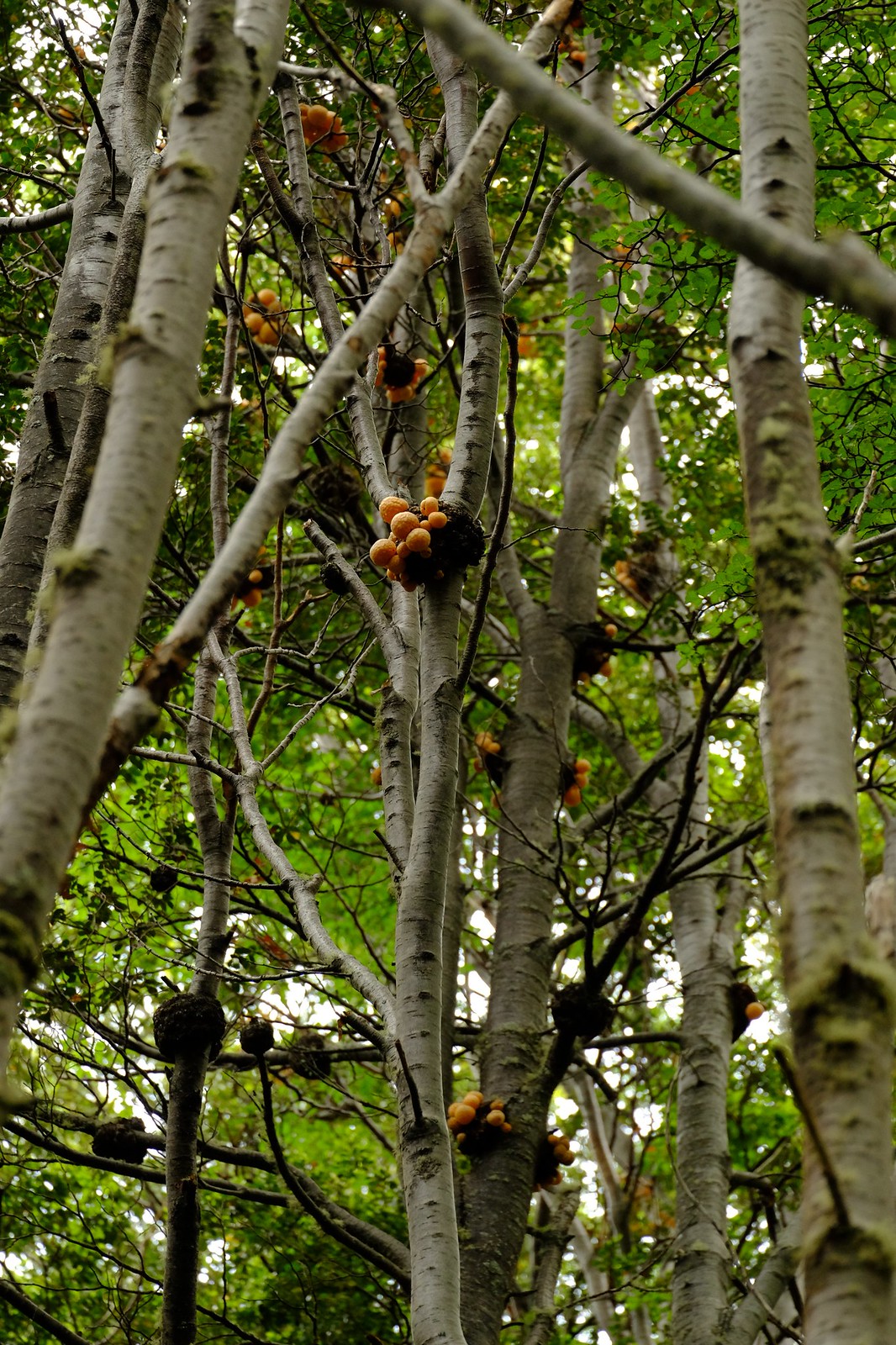 Cyttaria are only found in the Southern Hemisphere, and Cyttaria darwinii are only found in South America. They are edible, and according to our tour, the native people here ate them and the locals today call them “Indian Bread.” According to a Patagonian fungi book I found in a bookstore, they don’t have any taste. So I didn’t try them.

The mushroom is also obviously named after Darwin, who discovered it in Tierra del Fuego, and here is his description and drawing of it:

More info for the PSMS and MMS members among you who are interested:

I also saw these mushrooms, which I didn’t identify. 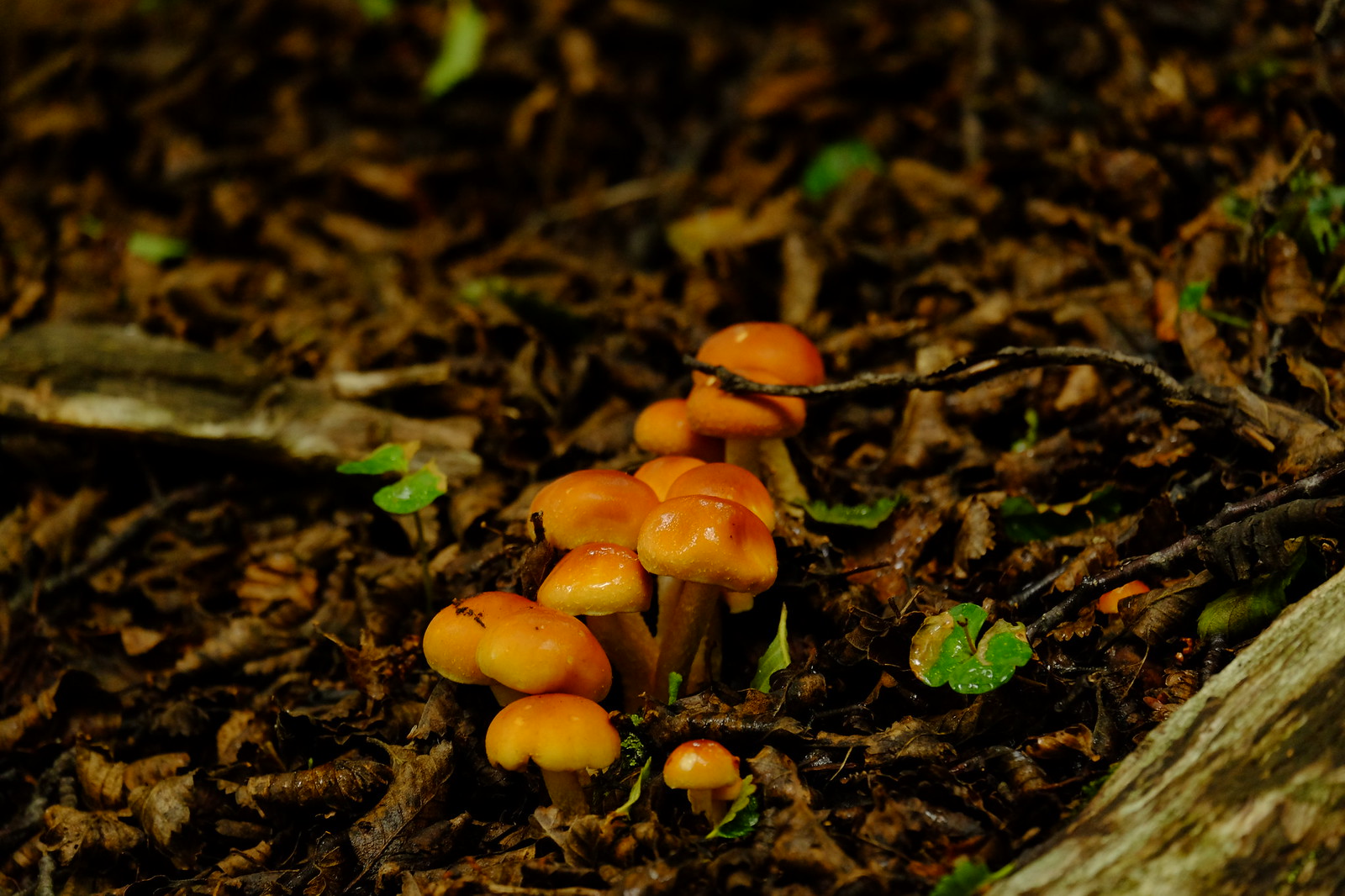 Finally, I saw the biggest shaggy manes I’ve ever seen, with caps three inches across! 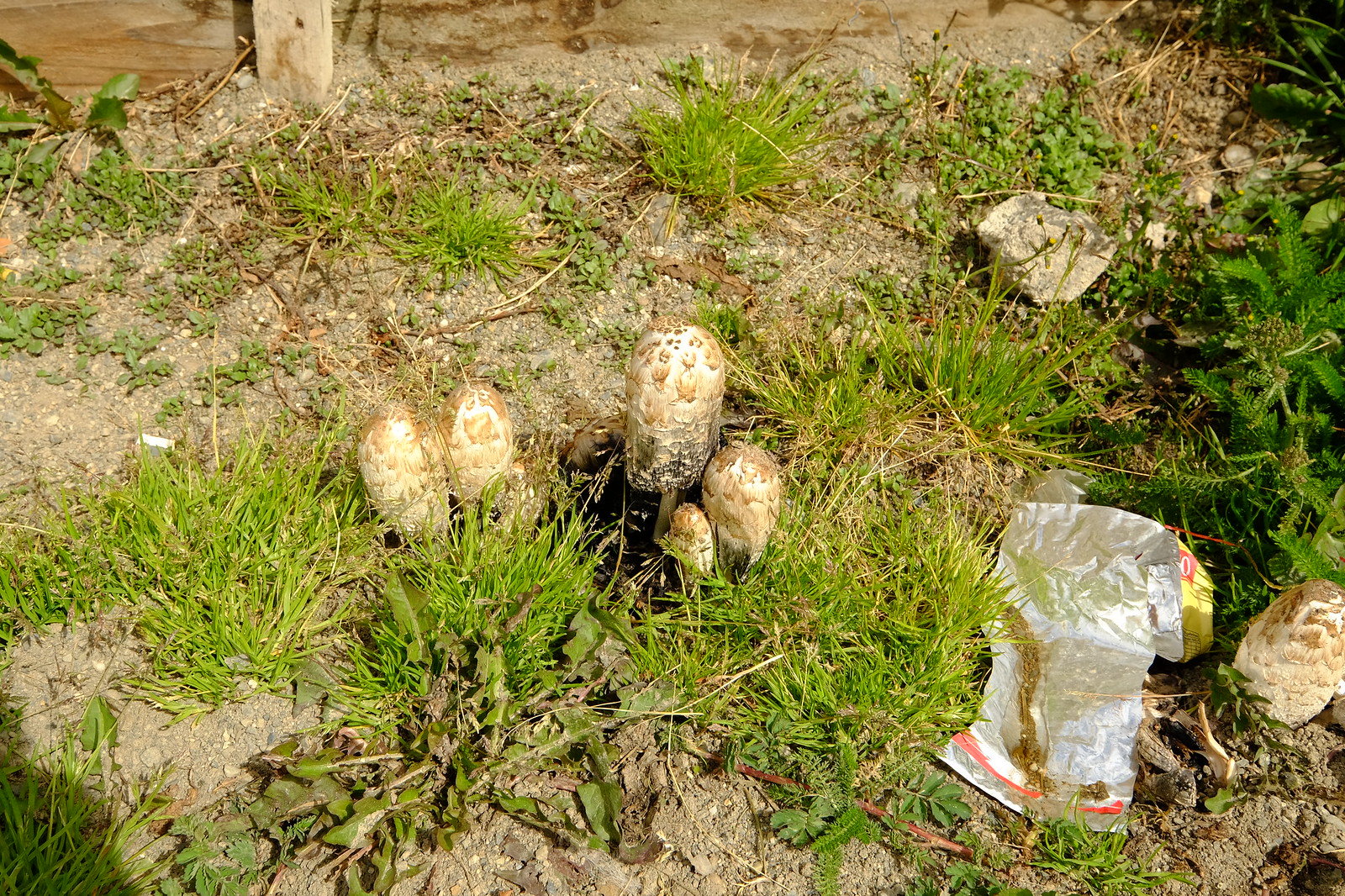 And therein ends my mushroom post. I know at least 11 people reading this blog will appreciate it 🙂.

You didn’t try the mushroom?!! Just to say you did? :). Love the picture in Antarctica. All the penguins! Was thinking about you over Christmas. Can’t wait to hear/ see more.

The Cyttaria darwinii are amazing. I looked at the website on the link you sent and it was fascinating to see Darwin’s drawing. They are lovely little baubles and would look great on a Christmas tree.

Keep on keeping on!

Great photos, and yes, the mushrooms are very cool. You need to share this with Brian Luther and Danny Miller – they’ll be your traveling research mycology team.

Thanks for the updates and photos!

Love all the penguins! (and sorry, but no love for the mushrooms! 😂) I’m glad to hear you are having such a fabulous and positive journey thus far. Continuing to include you in our prayers for safe travels and good health. (Remember to drink and extra glass of wine for me sometimes since I will only experience this by living vicariously thru you ~ I won’t go anywhere that even requirestop 2 days of malaria pills…) Happy New Year! 💗Kim

Sorry I didn’t read your blog until now but I just got back from spending almost two weeks in Arizona visiting a friend…she showed me a great time! Again, what an amazing trip you are on – all those photos you took of the various mushrooms and that awesome picture of you and Peter wishing everyone a Merry Christmas from Antartica! I, too, noticed all the penguins! You both continue to be in my prayers for safe travels on your adventure! Someday you should put your blog into a book form….you do such a great job of writing!

Happy New Year!!! Just got caught up on your blog….fantastic pictures and wonderfully written chronicle of your travels! Think of you often and can’t help wondering where you might be today and what the new adventure is. Keep posting and stay safe!