We stayed in the San Telmo neighborhood of Buenos Aires, which we really liked. They call those who live in Buenos Aires “portenos,” and they also say that San Telmo is very porteno. It’s the oldest neighborhood in the city, and has a lot of character, some grit, but no real danger. 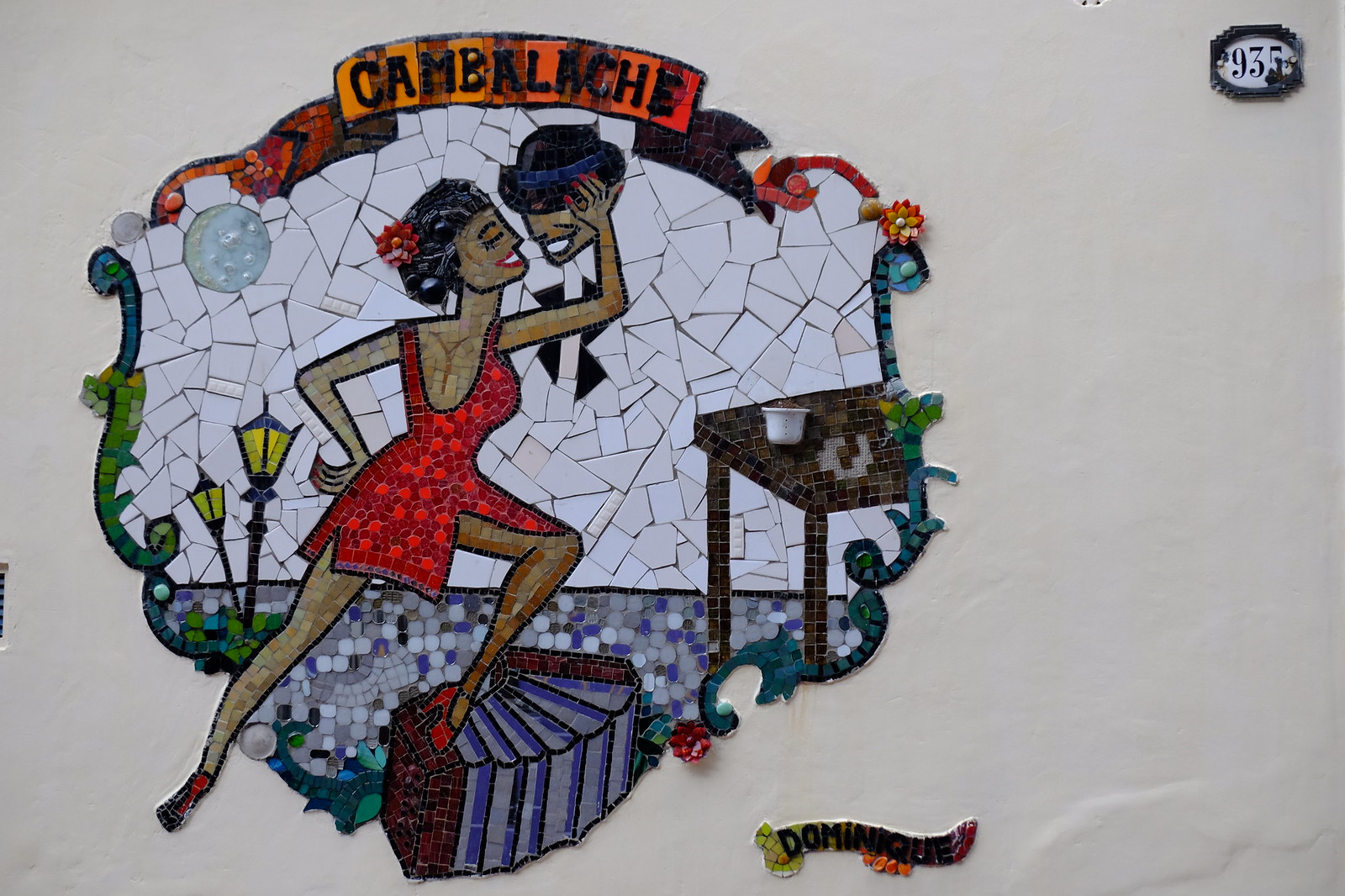 It is full of old cobblestone streets, old bars and cafes, and many murals. 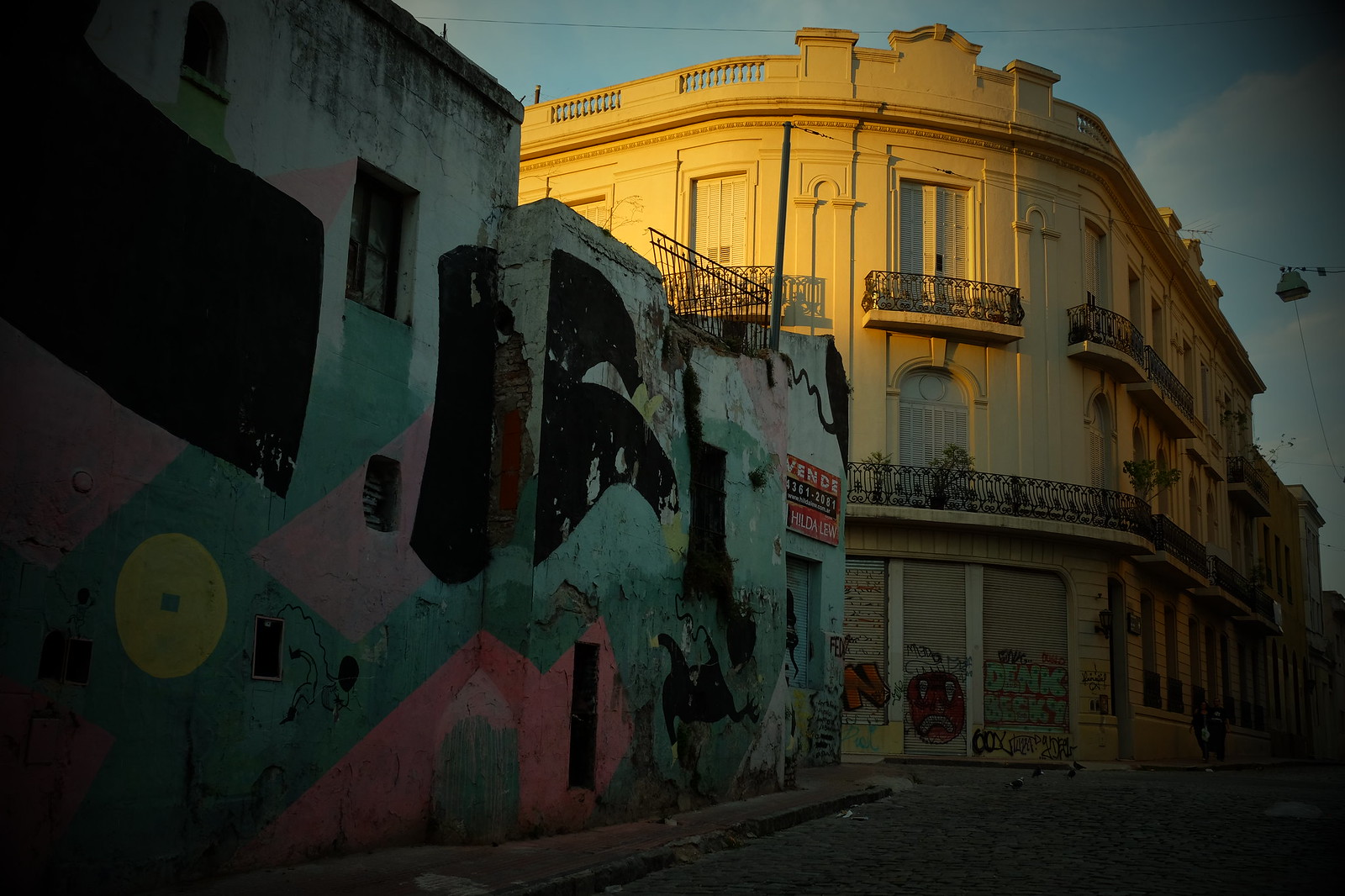 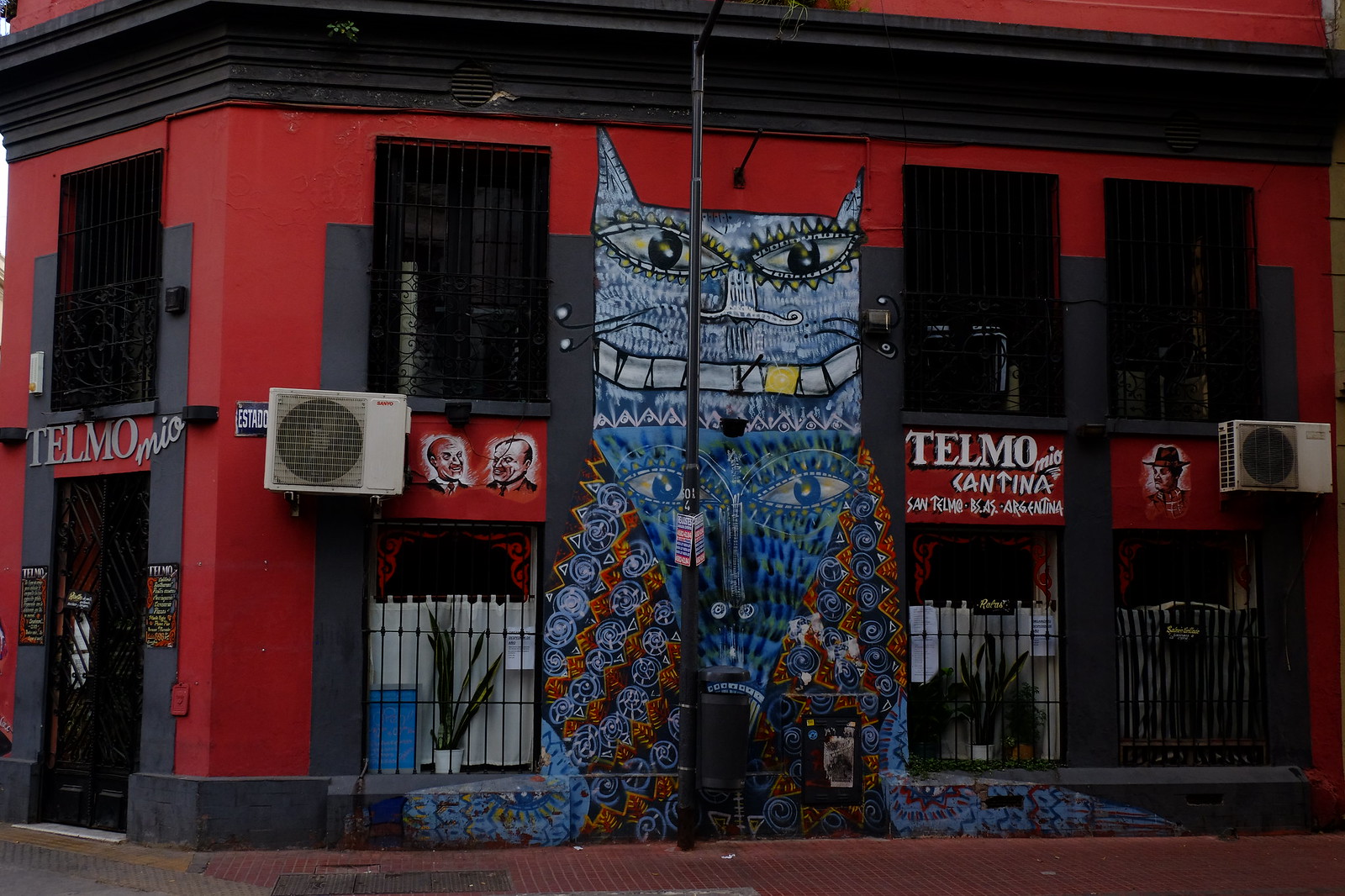 You also see tango dancers performing for the crowd in the street (the photo below was not taken in San Telmo, this was in the middle of a main street in the midtown section that was for some reason closed off that day). 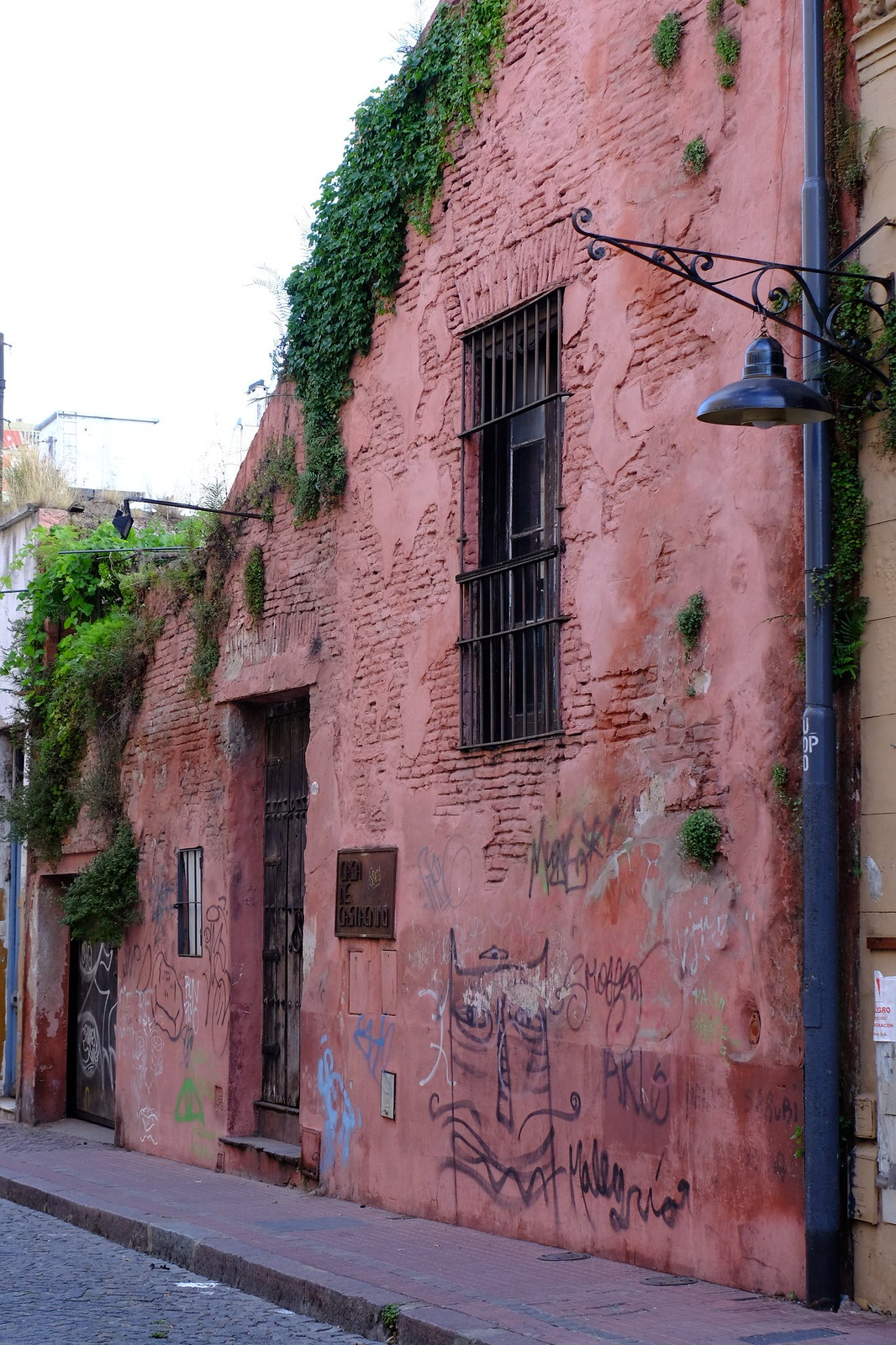 We really didn’t do a whole lot in Buenos Aires other than walk around, look at buildings, watch protests in front of the Casa Rosada, and eat, and so far that makes this blog pretty boring! 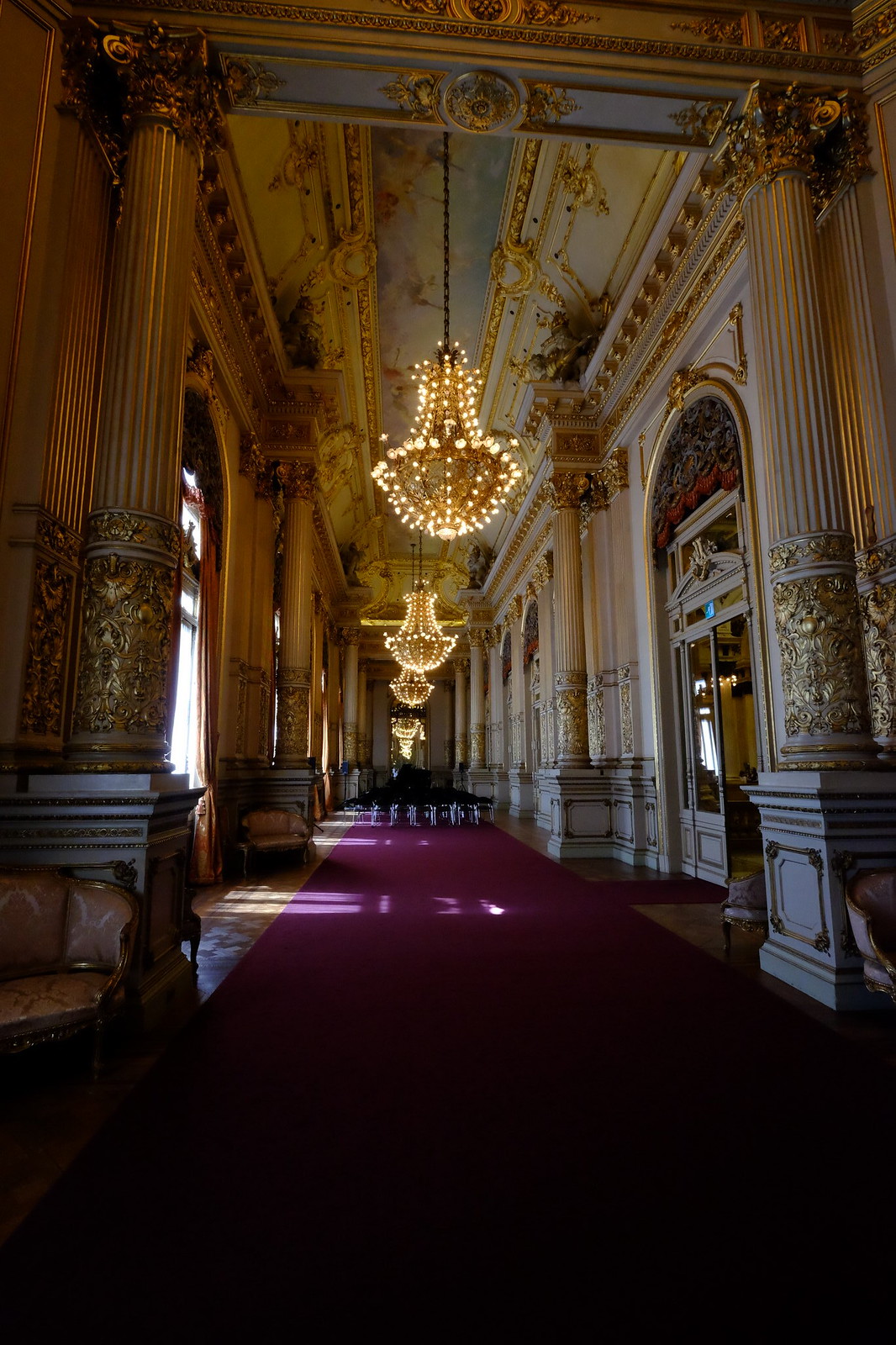 Inside the Golden Hall of the Teatro Colon — it’s gold paint up to 6′, then gold leaf above

I did take a tour of the Teatro Colon. It’s one of the world’s great opera houses, and was built to impress — to see and be seen — in typical BA fashion. 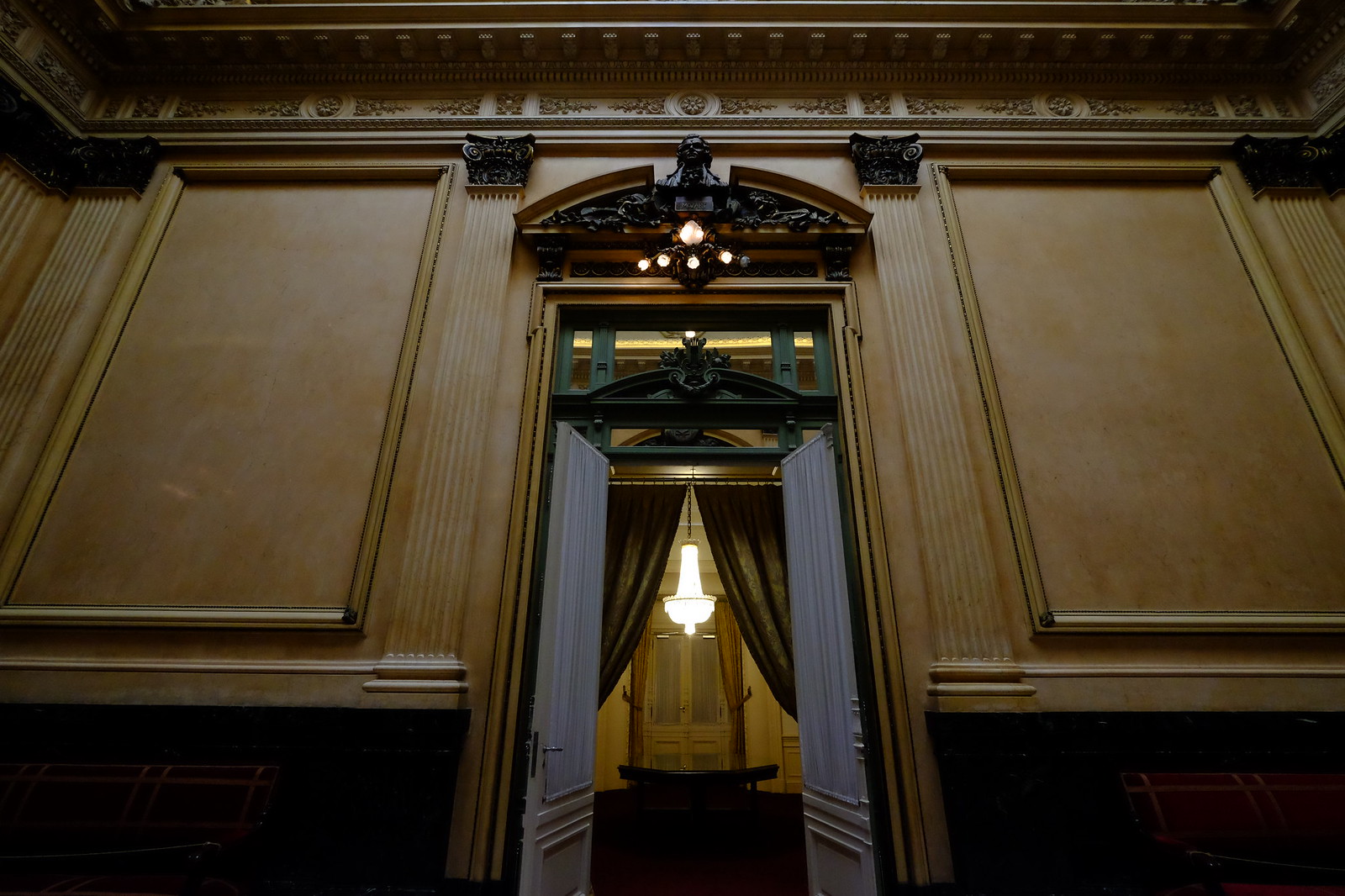 Mozart alone on one wall; others (Beethoven included) shared walls with the others

They succeeded, it is gorgeous inside — very ornate, gold leaf, busts of great composers on the walls, etc. I learned that there were sometimes free performances at the Teatro on Sundays at 11:00, so I checked on this and there happened to be one the day we were there. I got tickets and was very excited because I thought it was a free performance to the current show, Porgy & Bess. A little crazy to see a Gershwin “opera” put on by a South African company with the setting being apartheid South Africa rather than the American South, in South America. But hey, it promised to be great! 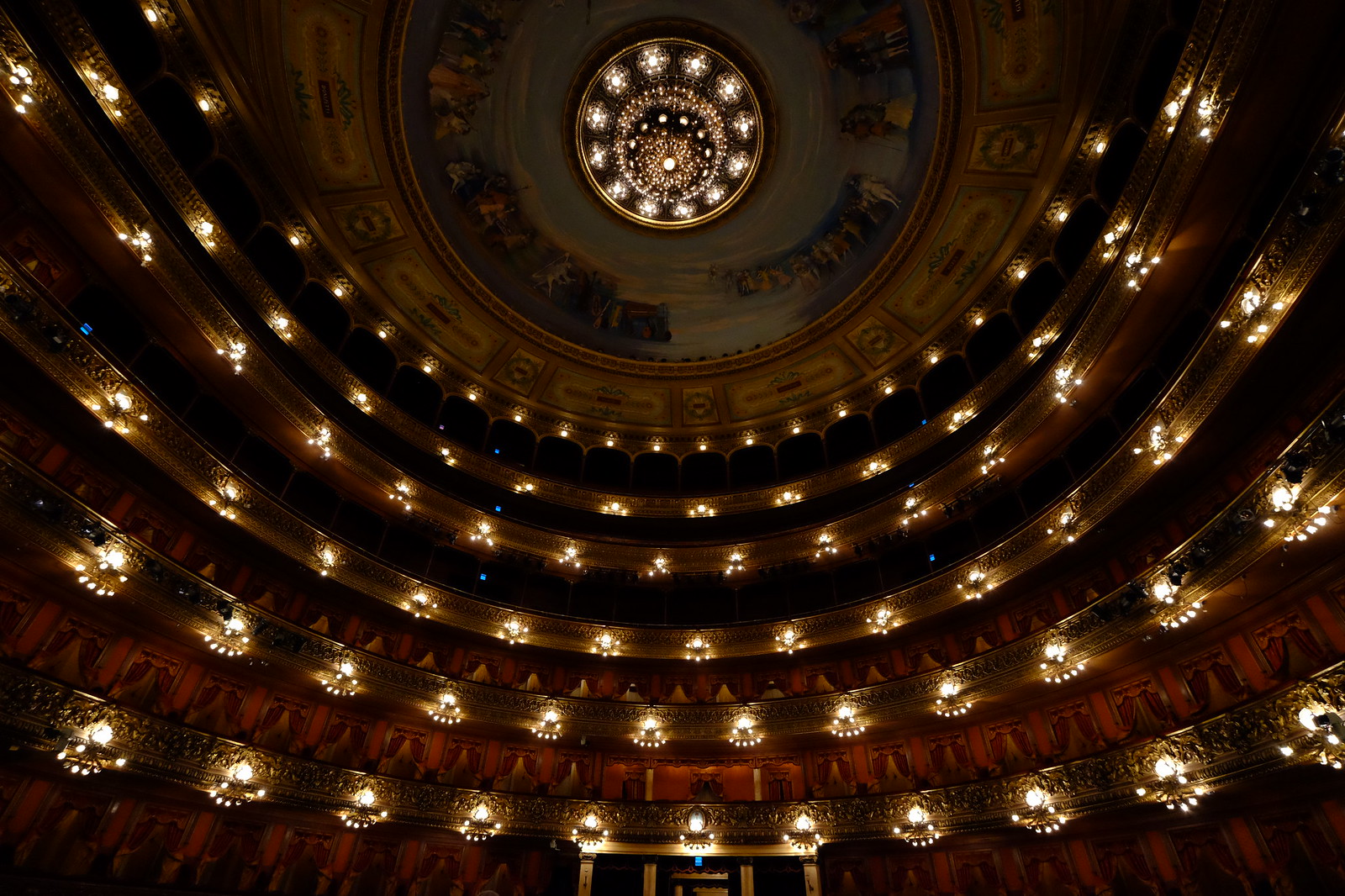 Ceiling and balconies inside the Teatro Colon

It was a little strange that our tickets didn’t say Porgy & Bess, and then when we walked in that morning, there was a stage over where the orchestra pit is, with a grand piano on the stage. Again, a little odd, but maybe the show starts this way? Well, of course not. A 30-member choir performed various slow songs, and a few upbeat ones, for 90 minutes. They were very talented, and the acoustics were indeed amazing, but choir isn’t really our thing. Peter would probably rather have those 90 minutes back, in part because of the lack of legroom in the balcony where we were seated. Oh well, it was an experience!

What else is there to say about BA…. Wine is incredibly cheap, as in $15 USD for a decent bottle of Malbec at a nice steakhouse. And $5 USD for very drinkable Malbec at the grocery store. I also had the very best sausage, which is called chorizo but is not the chorizo you’ve had from Mexico or Spain, I’ve ever had in my life. It was at a tiny hold in the wall parrilla that did not have its own statue of the pope :) 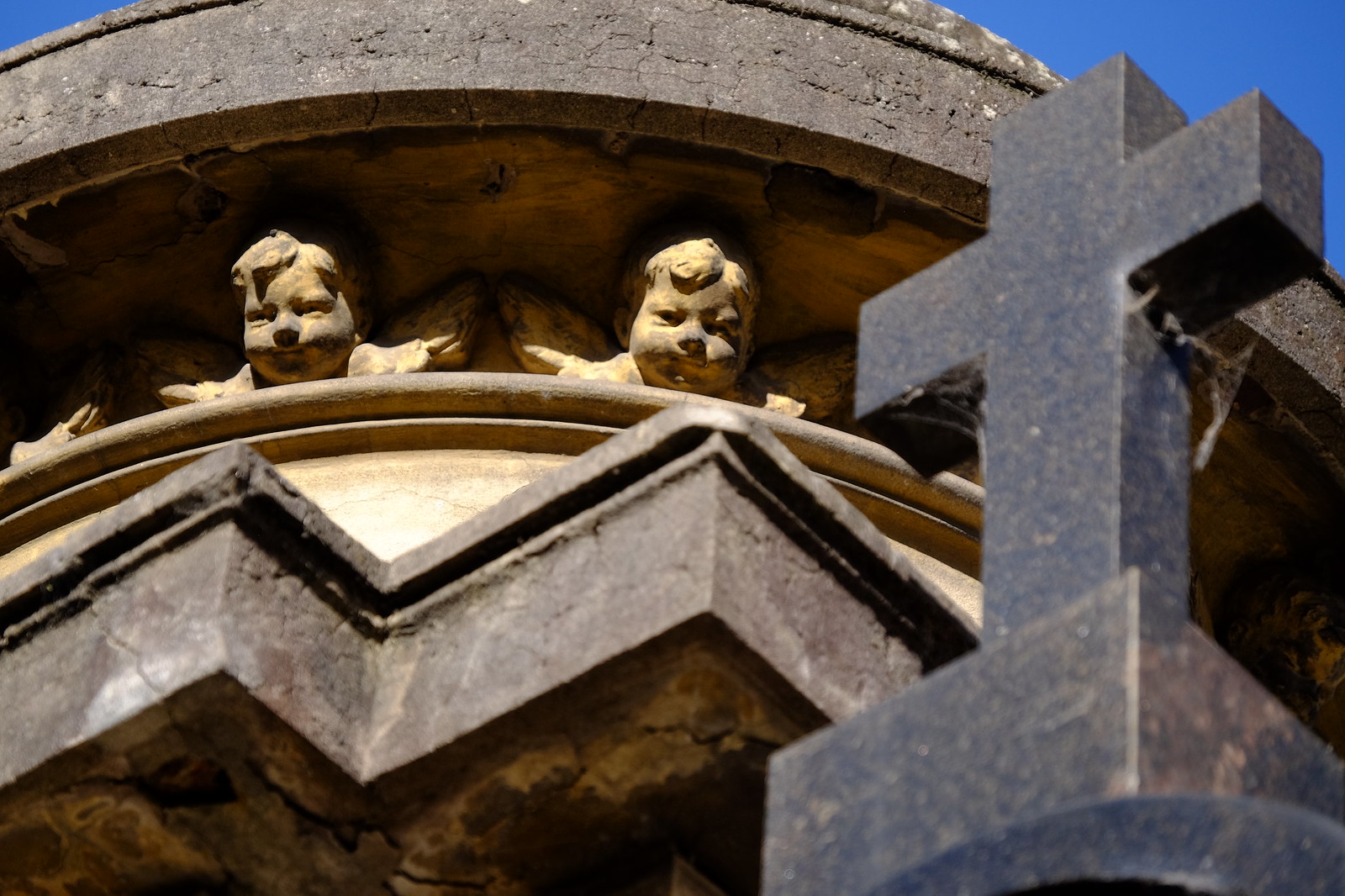 We went to Recoleta Cemetery, where anyone who was anyone in Argentina is buried, including Eva Peron. 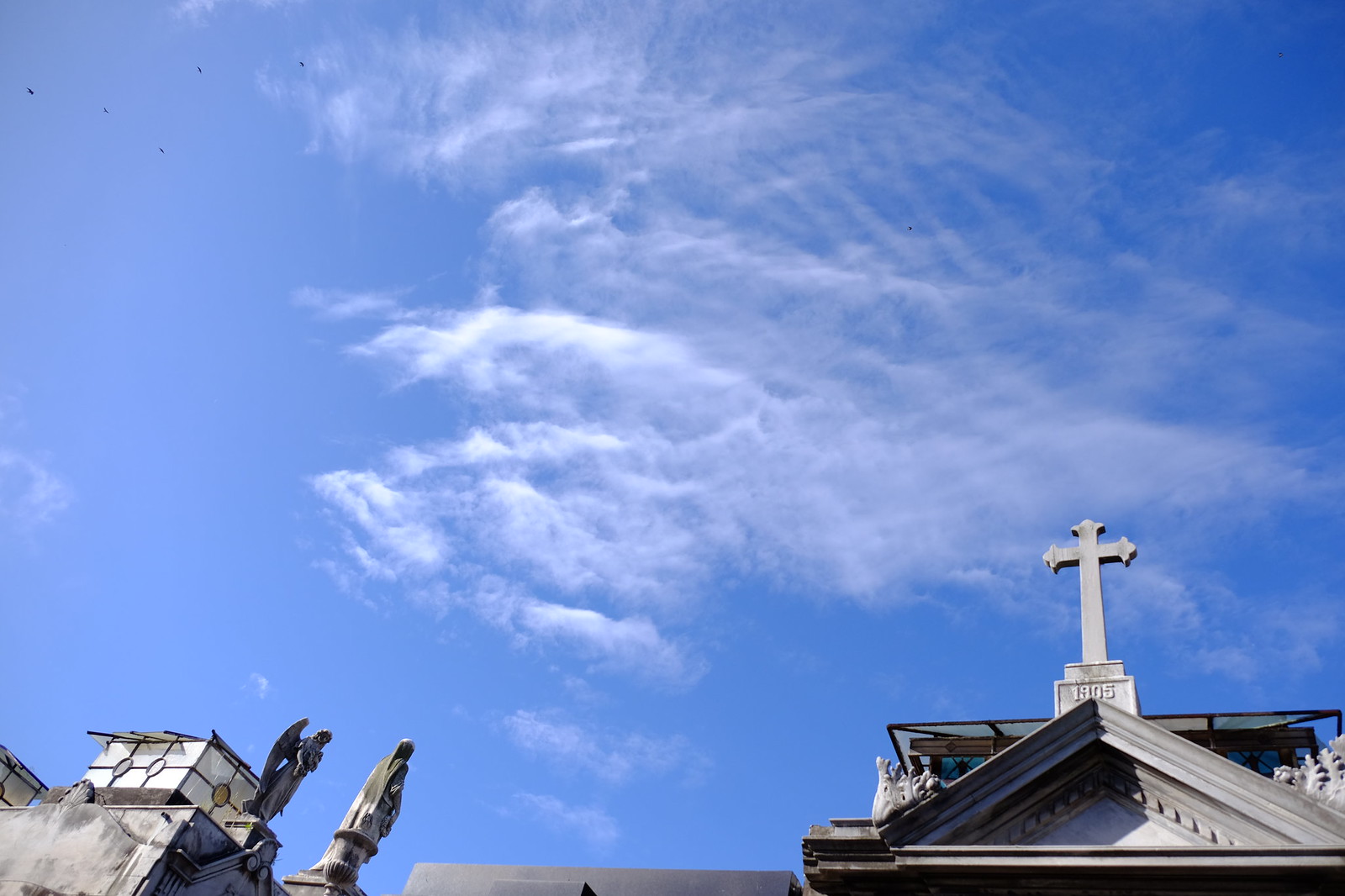 The cemetery is a must see on any trip to BA, it’s full of gorgeous statues, large crypts, and lots of spider webs. (We have a bunch of pictures but we’re having a very hard time getting pictures uploaded to the blog when we have slow internet, so we’re trying to find another solution.) 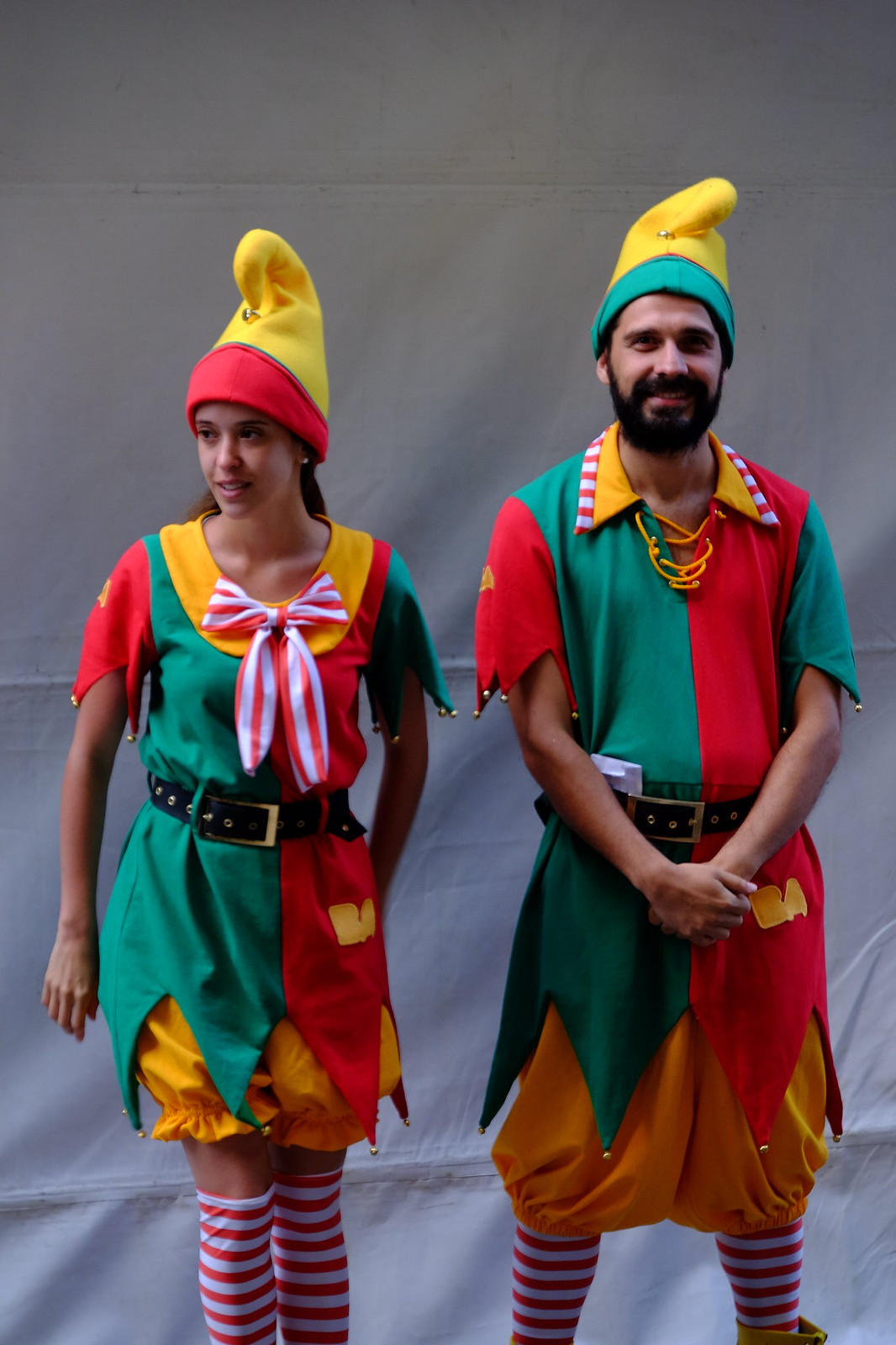 One thing that was noticeably (and mercifully) absent was the overcommercialization of Christmas. Periodically we saw a small Christmas tree or colored lights, but nothing like the US. One guy was decorating his bar on December 8, not October 8! Very few stores had anything up related to Christmas.

Anyway, that’s about it for Buenos Aires! 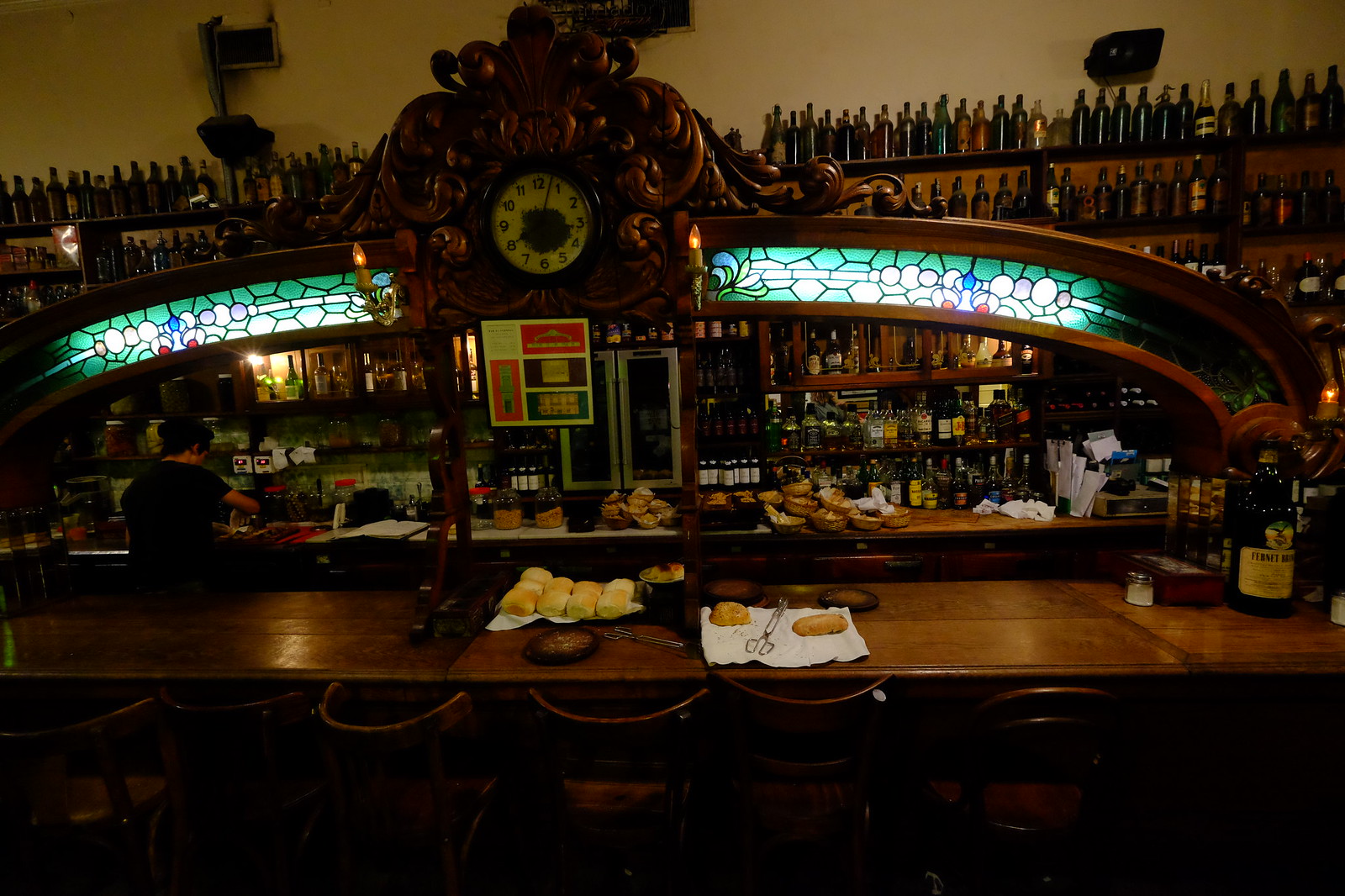