We had read, admittedly on the Internet so I should know better, that Vietnam is a one and done kind of place for tourists. I had seen often quoted that only a staggeringly low five percent of all tourists ever came back to Vietnam, all the more surprising when compared to a fifty-five percent return rate to its near neighbor, Thailand. This was attributed in large part to not feeling welcomed as tourists by the people of Vietnam, who were said to be always on the lookout for an opportunistic scam, of which there were plenty. However, upon being here now for a couple of weeks, it seems to me that these Internet commentators were writing about a different country entirely. I keep thinking about, Denise might say belaboring, and juxtaposing those ranting Internet blogs with my own eyes and ears. To a one, the vendors have had integrity, kindness and warmth in all of our dealings with them. We’ve had plenty of smiles from strangers. Clearly, I was not in the same place. No surprise, it seems the Internet might not be such a gold mine of information after all. Or maybe, having only visited a few cities in the south, we just haven’t seen enough of it yet.

Now, not to put too fine a point on it, we loved Saigon come Ho Chi Minh City. The only unnerving part about it was the leap of faith one needed whilst crossing the road on foot — a scarier activity I think you would be hard pressed to find in this whole great world. I harken back to our near miss with the infamous snake of the Amazon and honestly, it might be a toss up in the fear factor.

As Americans, one unavoidable topic that comes to mind when thinking about Vietnam is the war. We were little kids when the war ended, and knew we had been taught a very sanitized version in school. Despite this, I’m interested in history and thought I knew quite a bit about the American War, as they call it here. But in order to brush up on some details before we visited a war museum in Saigon, we watched the ten-part series, “The Vietnam War,” by Ken Burns, and must say if you have not already seen it and are interested in an objective portrayal of both sides, it is worth a watch. We learned a lot. I think you will certainly get more out of it than you would the War Remnants Museum in Saigon. This museum, which we visited, used to be called the Museum of American War Crimes, and they shouldn’t have changed the name because that’s really all it was about: a very unobjective museum that focused on only one small aspect of the war, along with some well preserved artifacts, including some aircraft. We were not expecting objectivity when it came to the American involvement, but we were disappointed because we wanted to see how the current government chose to portray its own role, and that was missing entirely. 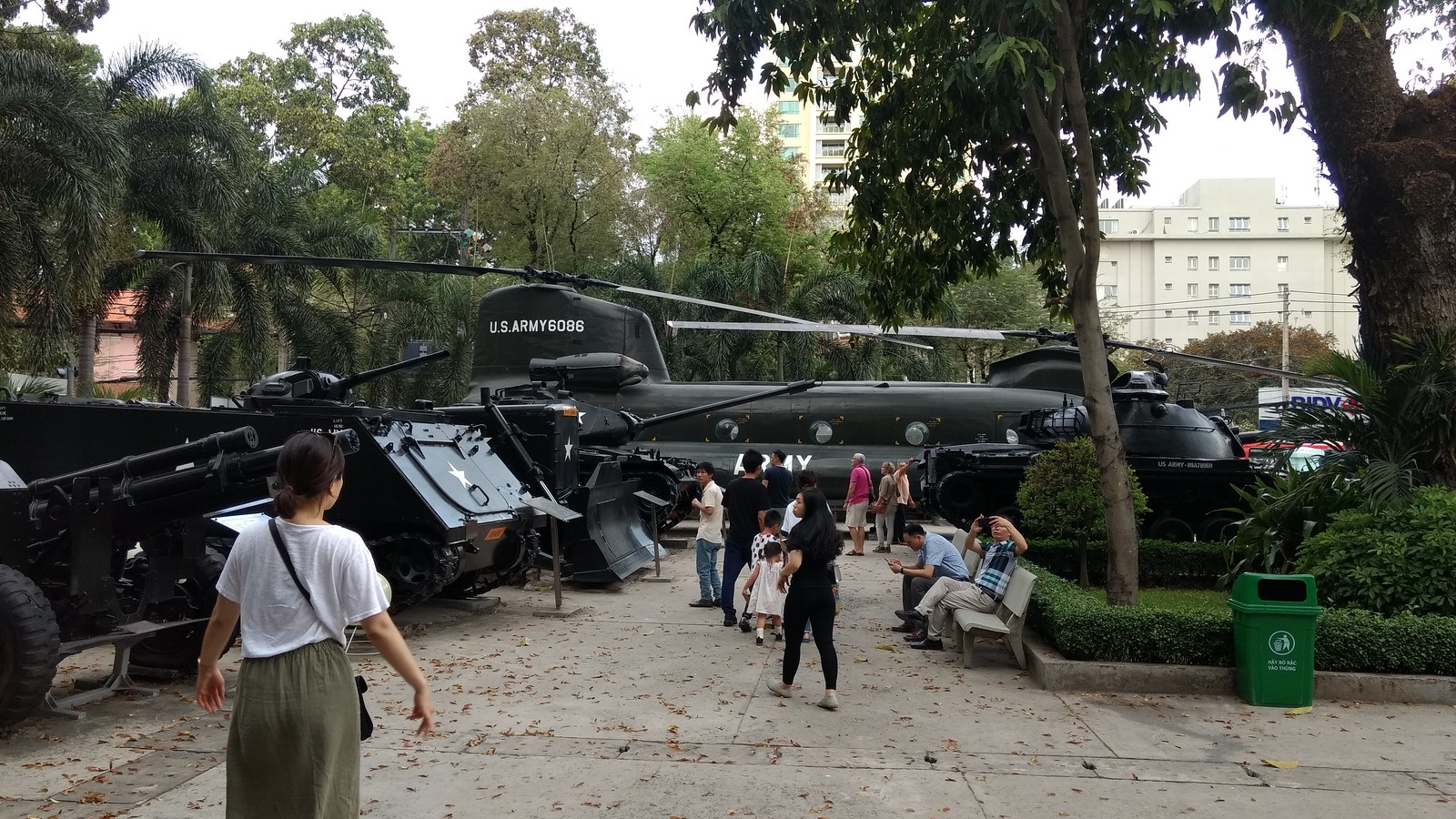 A Chinook helicopter, artillery, and likely a tank at the museum.

As you have probably figured out, we are big fans of Asian food. You may have also figured out that I have a very soft spot in my heart for Thailand and its food. When our Vietnam guidebook said Vietnamese food beat out Thai food for the best of Southeast Asia, my thought was, “game on!” We sampled many different dishes, including several we have never seen in Vietnamese restaurants at home. While I will not admit to it being better, the food certainly holds its own against my measuring stick. In general it is a more complex cuisine, with fresh herbs and crunchy greens and things served with every meal and a balance of flavors and textures; plus it’s just fun to eat because you have to assemble everything yourself to one extent or another. One particularly memorable meal started with our taking a recommendation from a stranger for a bahn mi place in Saigon. As I was waiting in line at this hole in the wall called Huynh Hoa, I asked a young woman behind me what I should get. She said to get the “mixed” sandwich, and after a pause, told me this was the most famous bahn mi in the country. I assumed she either meant the best in Saigon and just misspoke, or was here to eat at what was really her sister’s place. At this point I was still on the lookout for being scammed. These suspicious thoughts continued until I took a few bites, and quickly realized I was eating a life changing sandwich. We went back again and it was just as good the second time. Denise missed out because she deemed some of the contents “weird meat,” the likes of which, admittedly, I’ve never seen before or after. And that is a microcosm of our experience in Vietnam: strangers helping me with a smile, me being suspicious, and then being blown away by the goodness here. 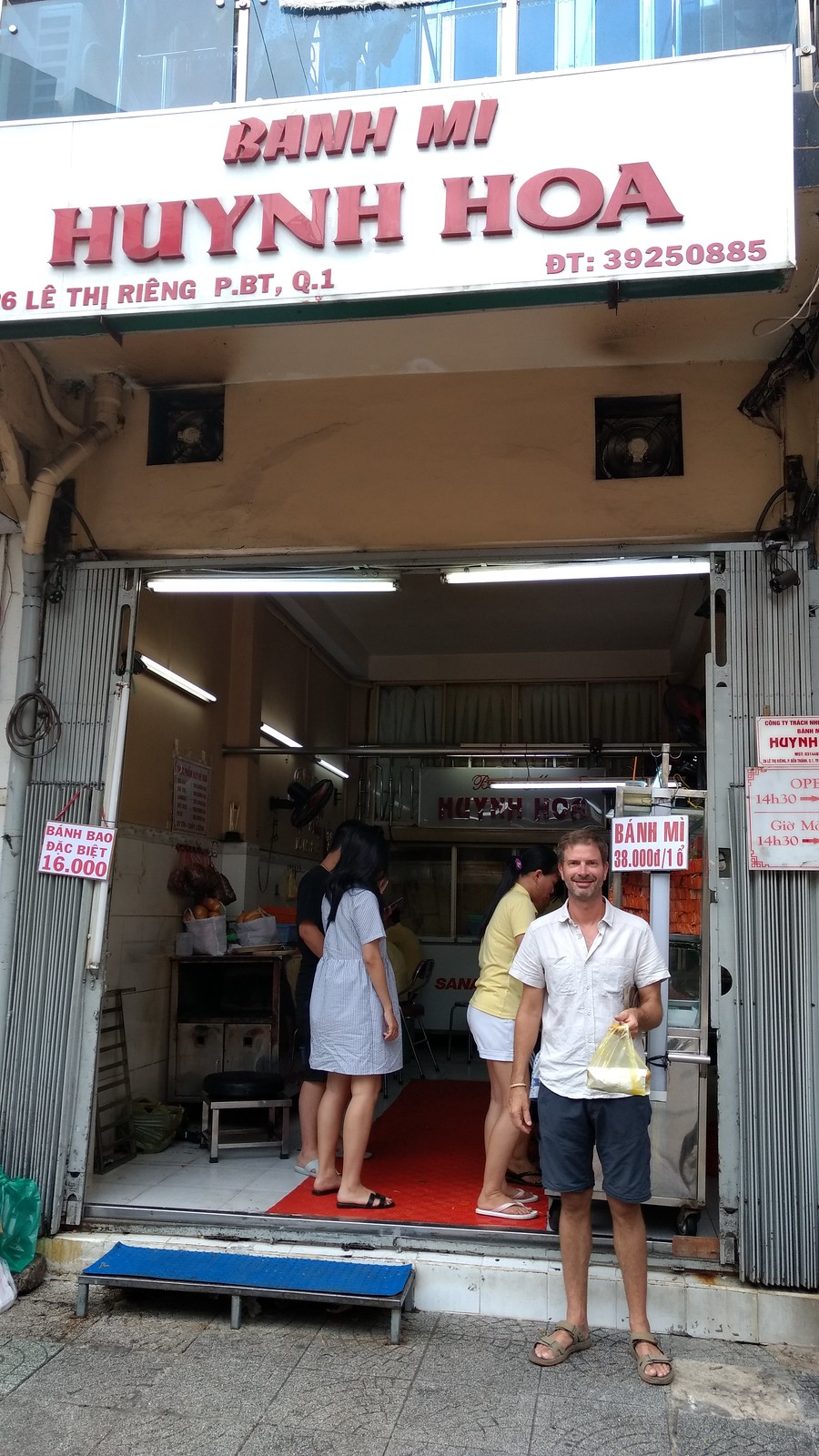 As “DJ D” wrote on google reviews: “I have traveled all over Vietnam, and never found better. Their decadent use of pork pate is worth the extra expense, and the attention to detail is sublime. The flavor combination is exotic, indescribable, and addicting. This sandwich merits a special trip, and I recommend getting more than one. One of the best iterations of one of the world’s greatest sandwiches. This restaurant is well known amongst locals. UTTERLY SUPERB!” 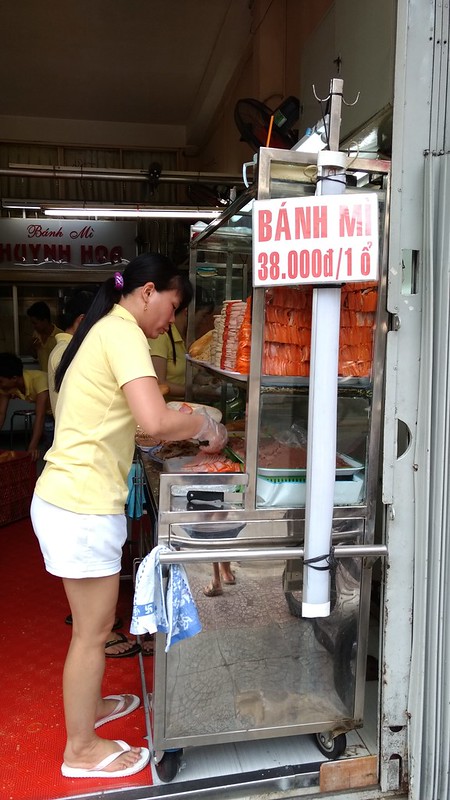 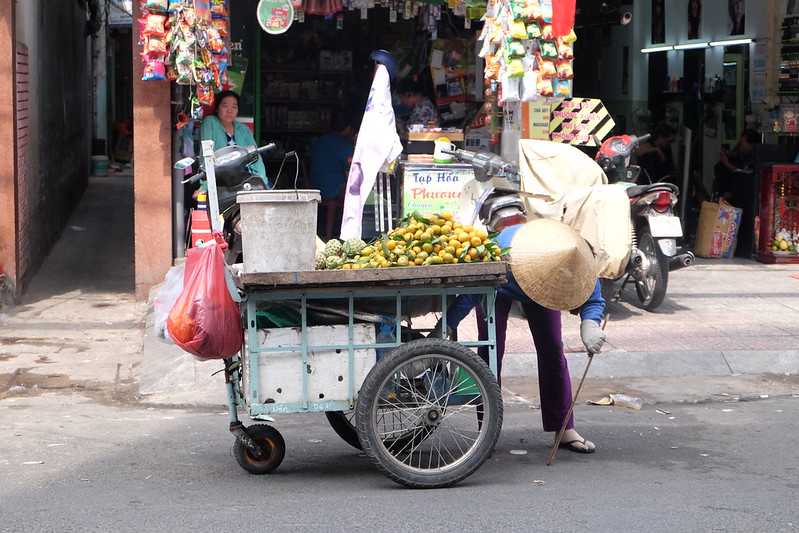 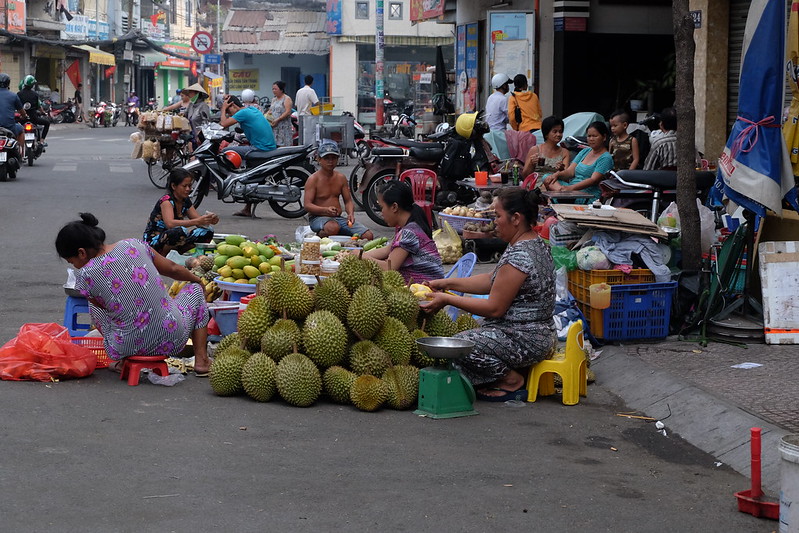 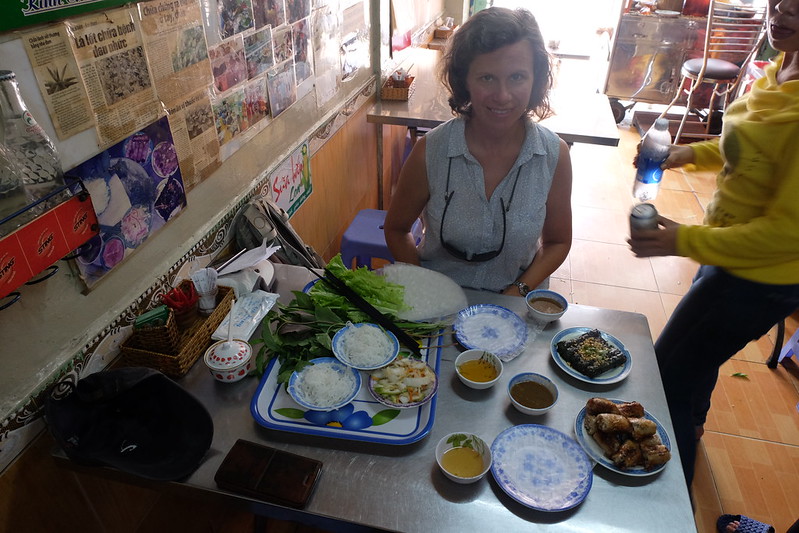 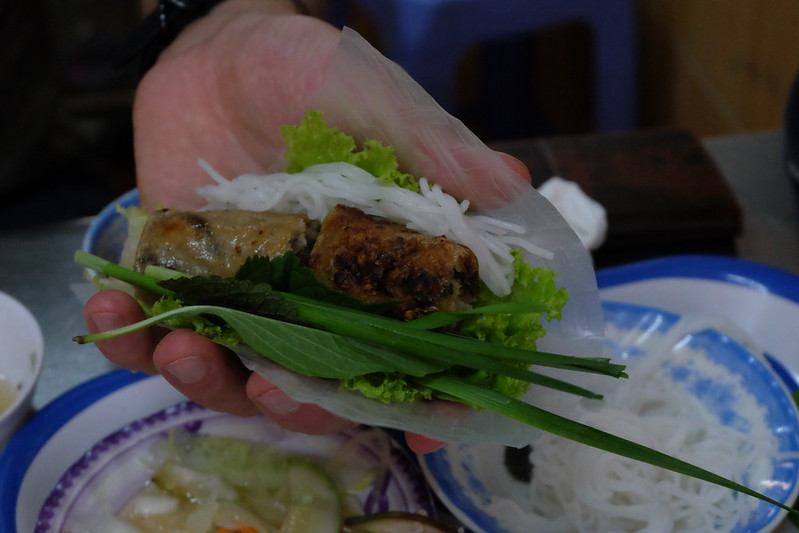 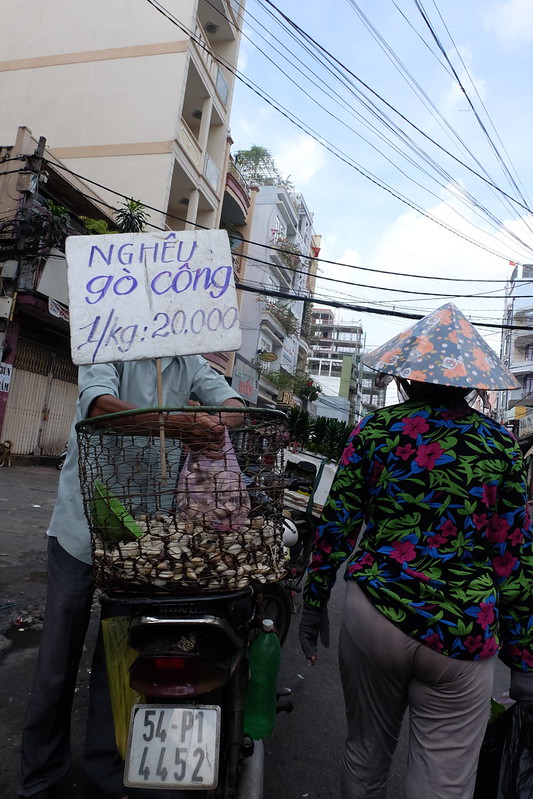 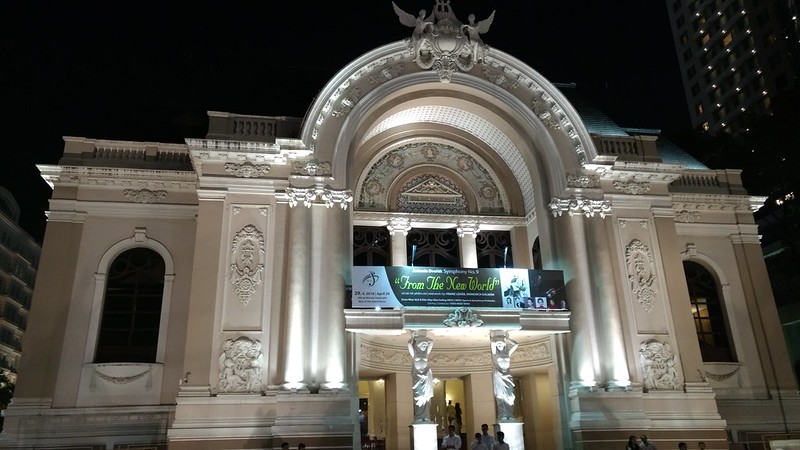 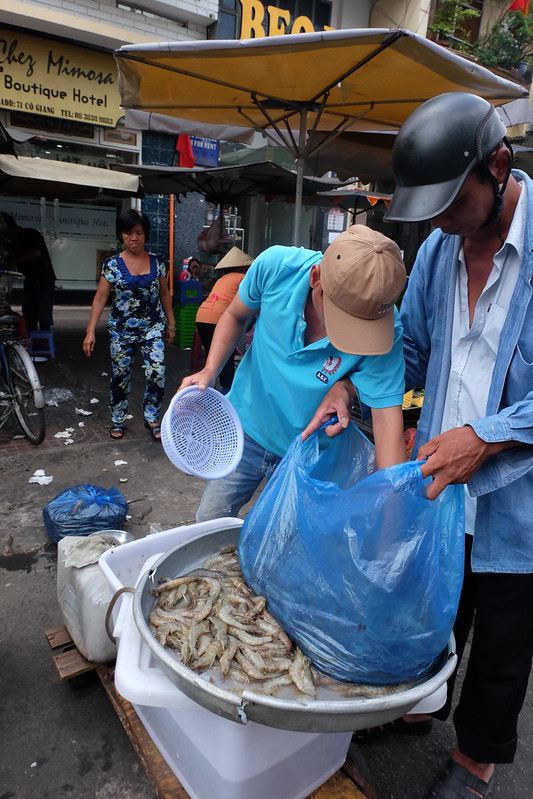 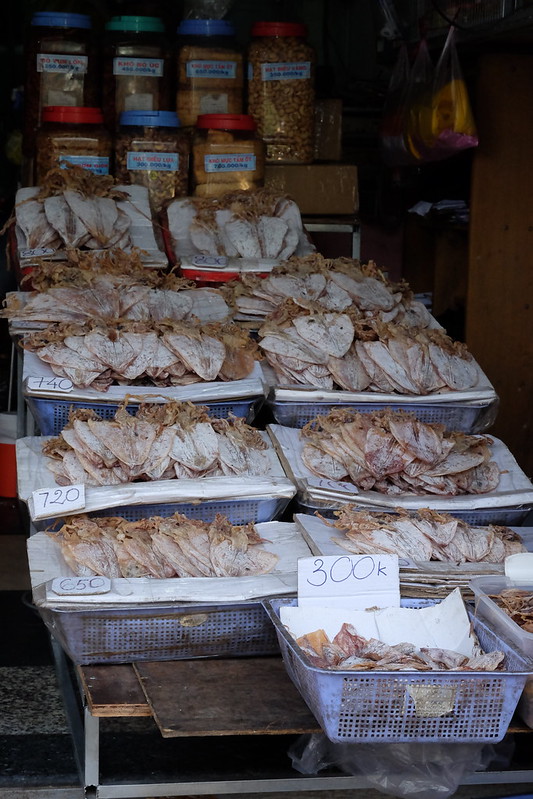 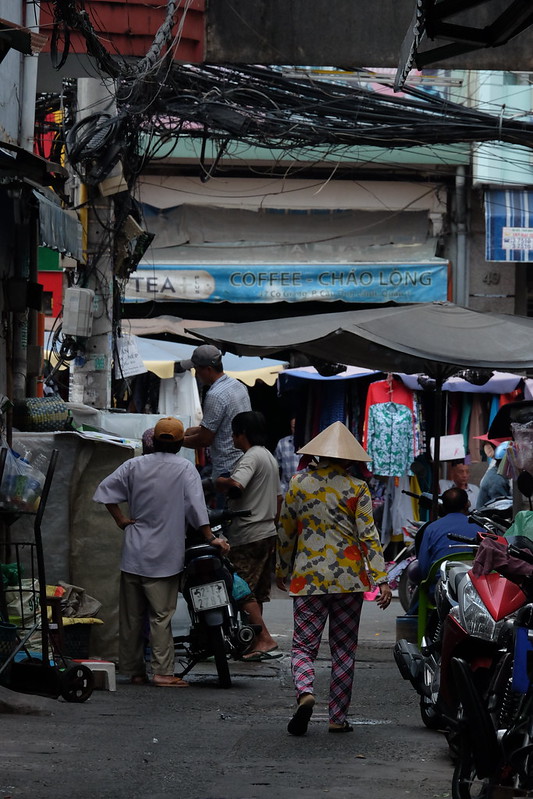 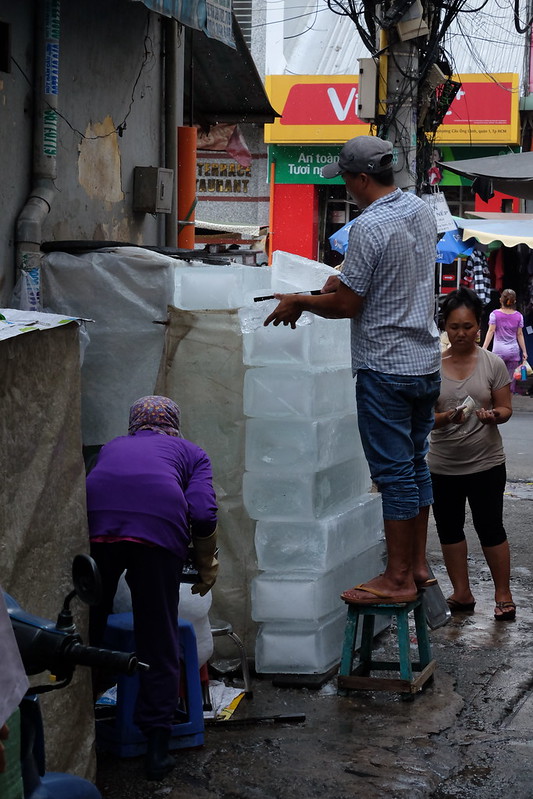 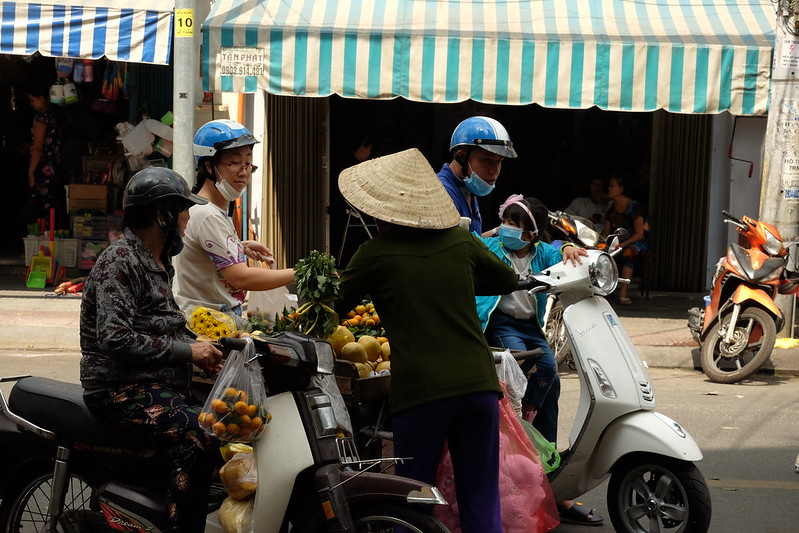 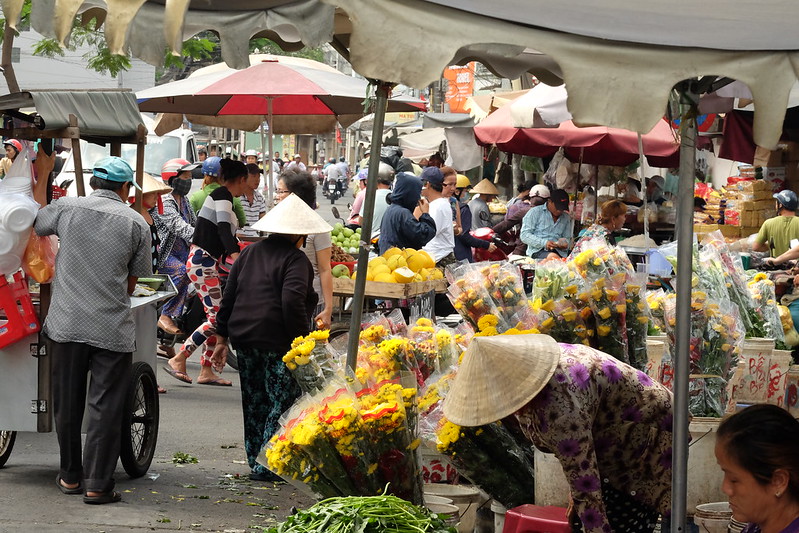 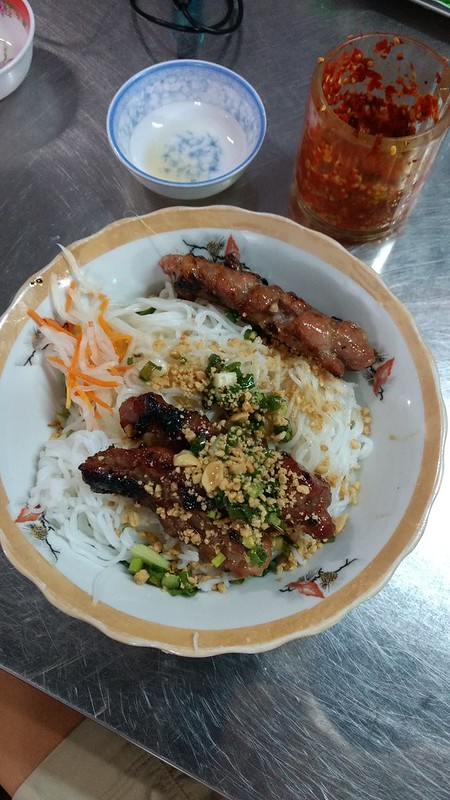 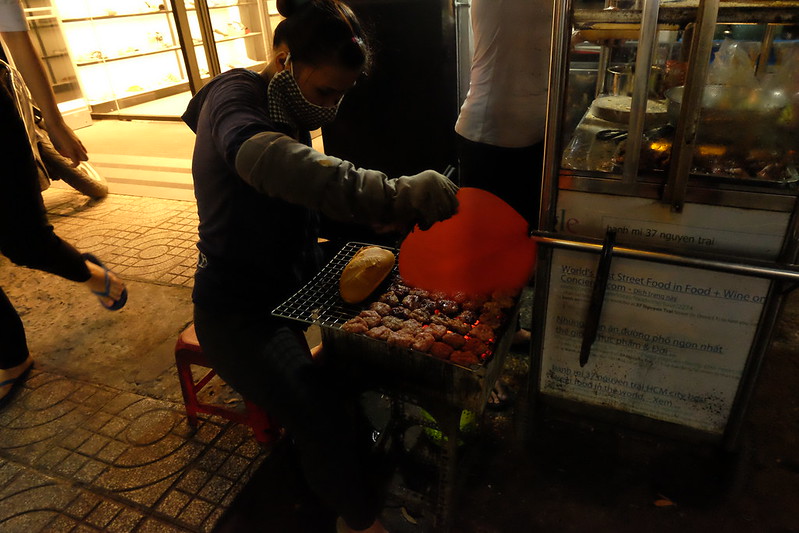 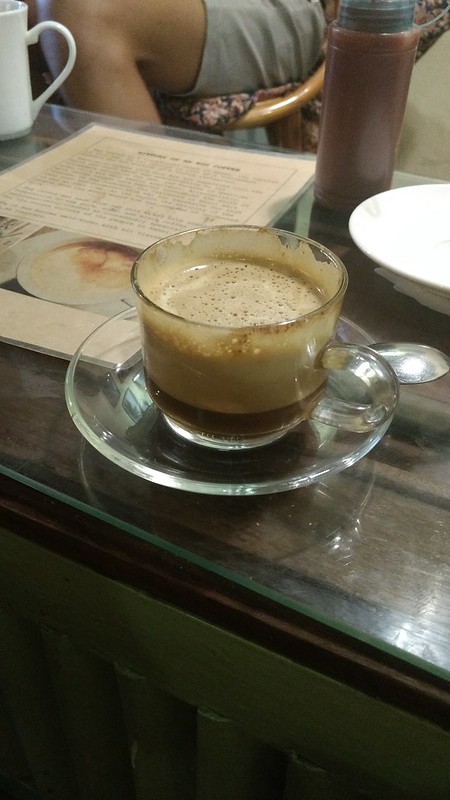 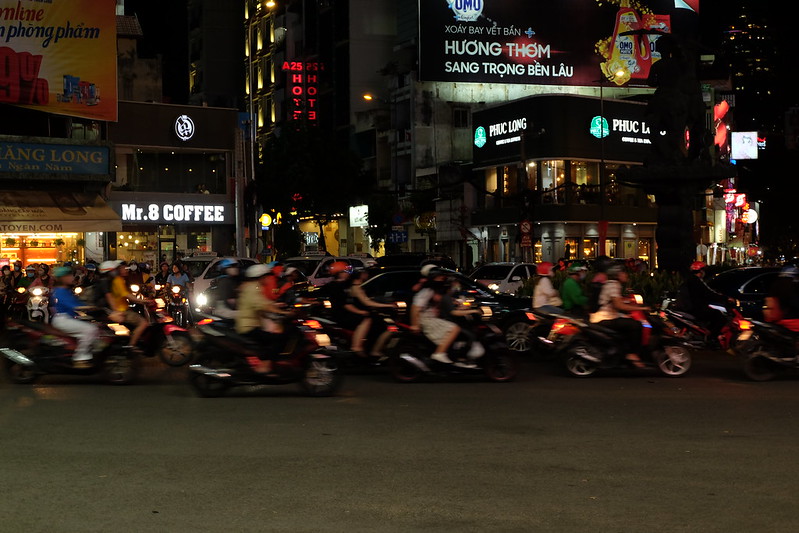