We used Bogota as a natural bookend for Colombia. It is a big city with fantastic museums, good food, and horrible traffic. On our first visit we stayed quite a ways north of the city center in Usaquen because we read it was very safe and central Bogota has a reputation for being dangerous at night. Despite it being out of the city center, Usaquen had a few nice things to offer such as a very nice area with cobblestone streets and well preserved buildings, so we spent some time checking out a local market there and eating some good food. 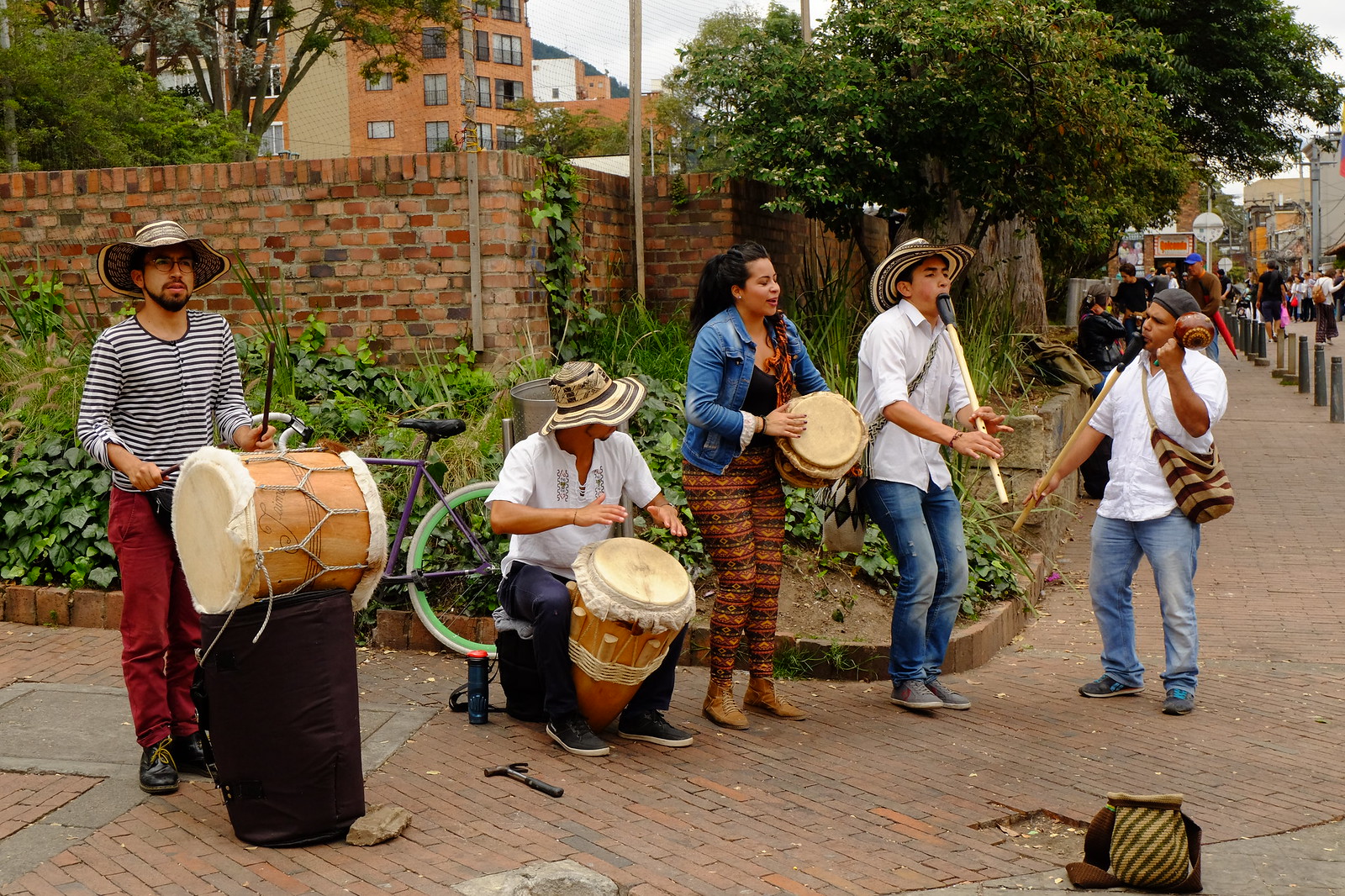 A band playing in Usaquen

That said, the bulk of the attractions, such as the city walking tour and all the museums are located in the city center, so we ventured there one day, returning to that area during our second visit to the city. The center is really beautiful and worth a few days’ visit. We wish we had spent more time just wandering around its hilly streets and colorful buildings. 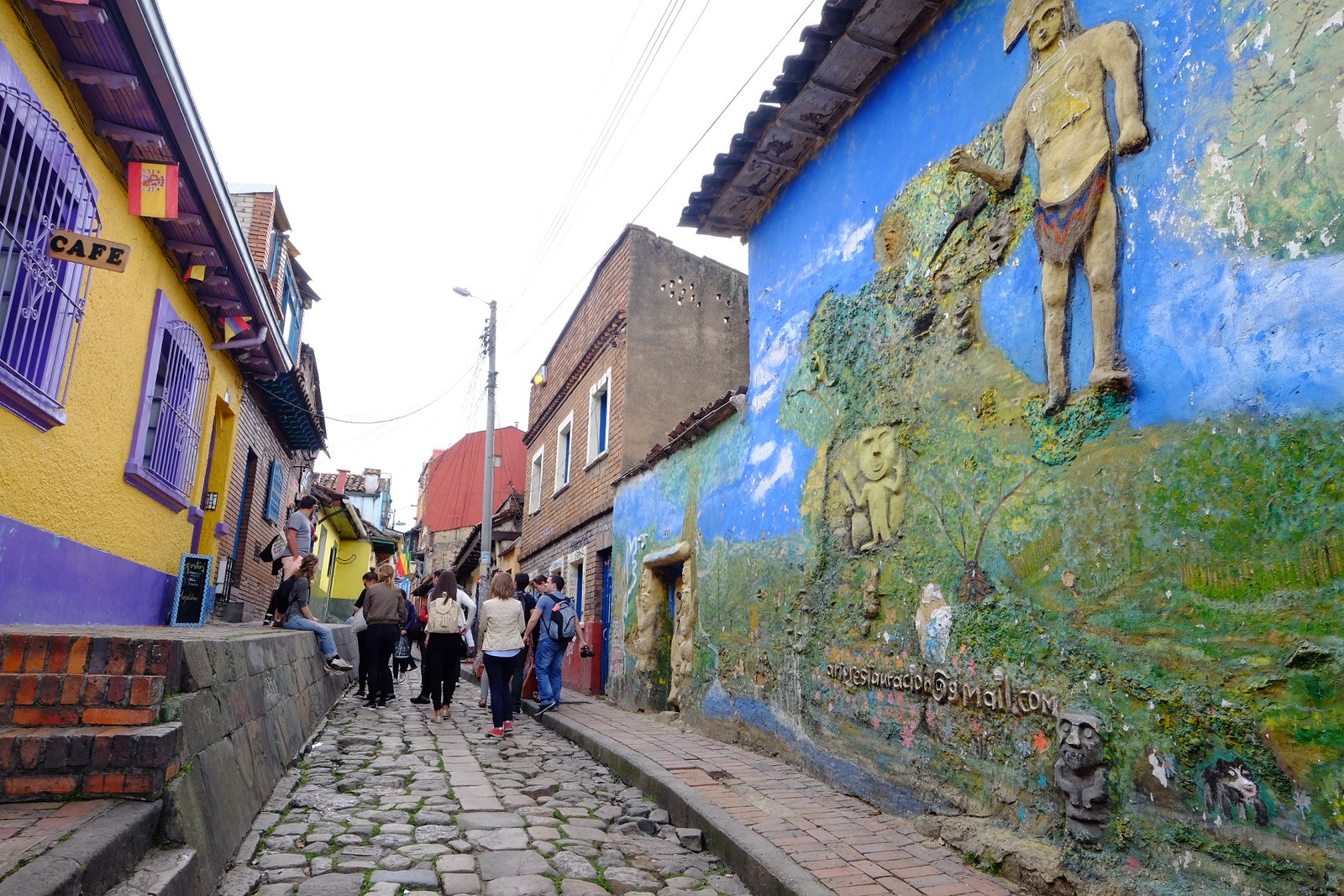 The cobblestone streets and colorful buildings of central Bogota

The Gold Museum is fantastic, the largest of its kind in the world. There are several floors filled with over 34,000 pieces of very fine goldwork done by pre-Hispanic indigenous cultures throughout Colombia, along with thousands of pieces of pottery, textiles, and other items. If I recall correctly, this gold collection represents something like 0.3% of the gold that was in Colombia when the Spanish arrived. The rest is gone, melted down by the Spanish. Sickening.

We were first introduced to Pablo Escobar during our very informative walking tour on our first visit. We walked next to the government building that Pablo had paid something like a million dollars per attacker to break into the building and burn all the evidence that was piling up against him. The attack was successful, but it was during this tour that we learned of the TV series Narcos, which we dutifully watched while staying in Medellin. 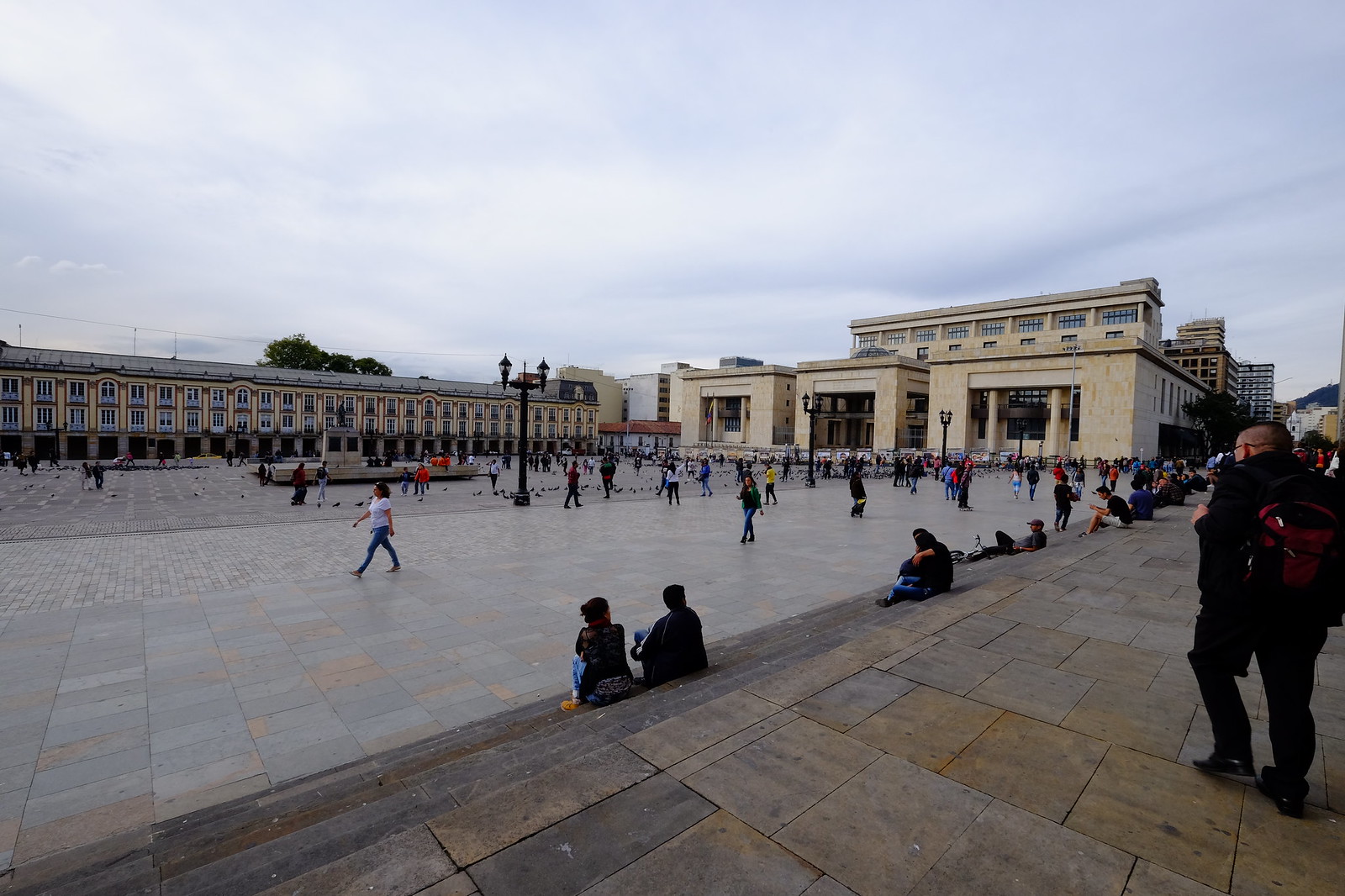 The building that was attacked is on the right.

One final note to our friends in Seattle reading this: check out the Bogota car wash below! 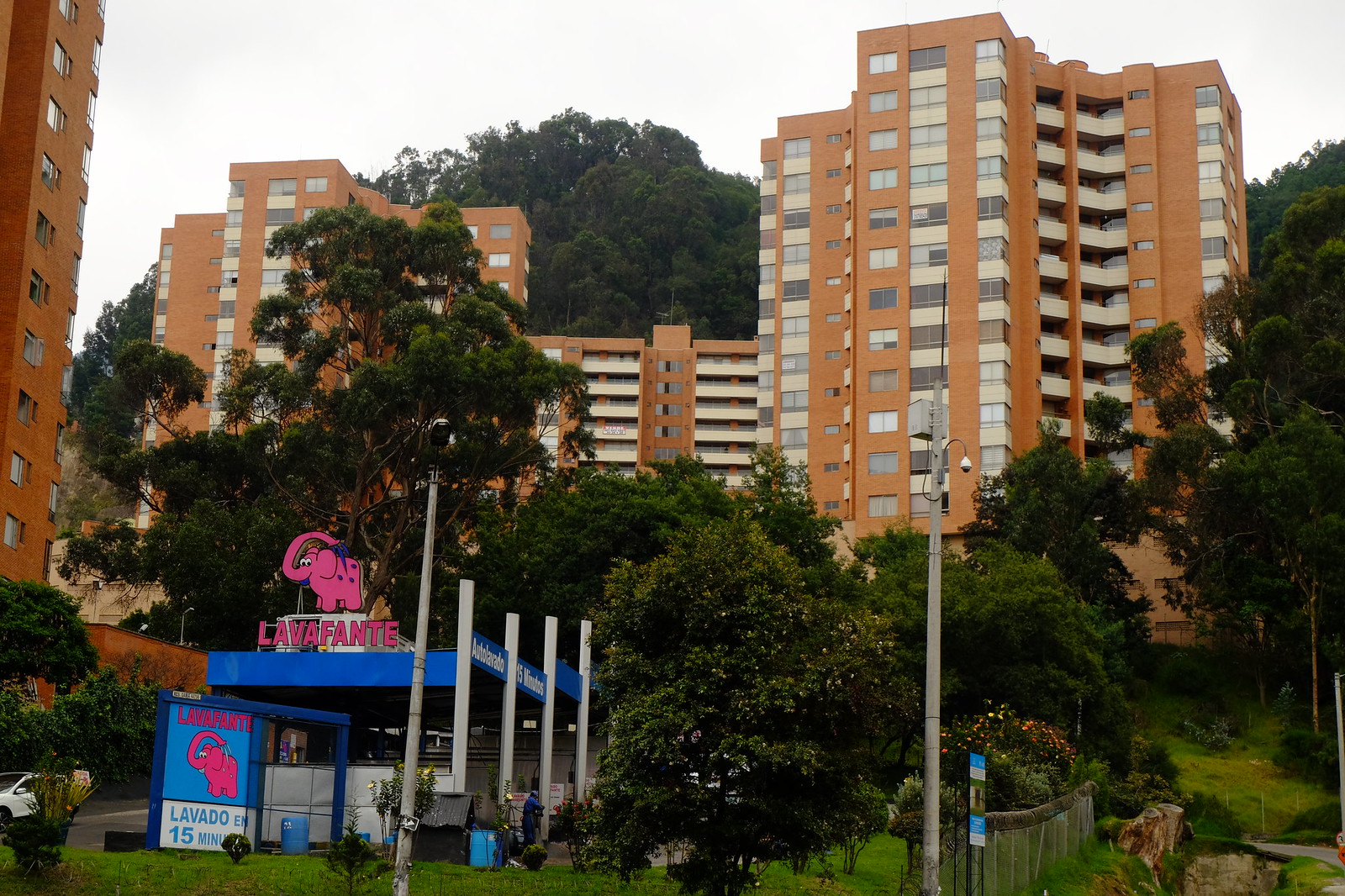 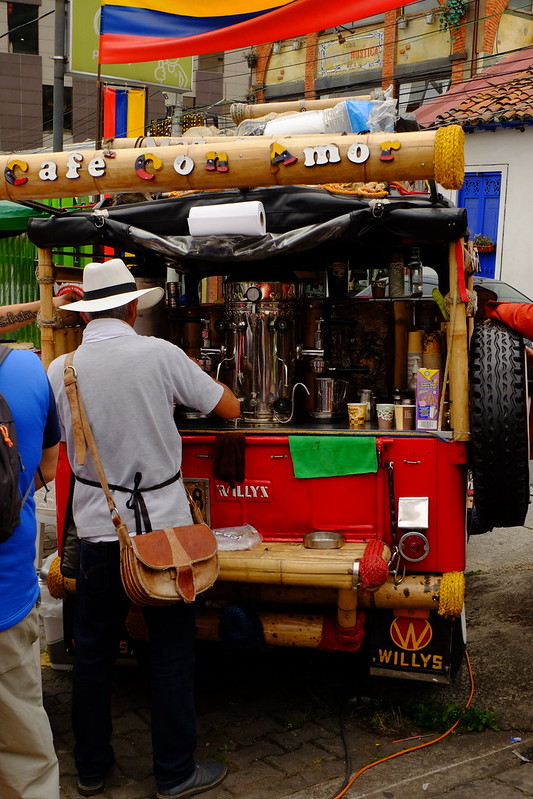 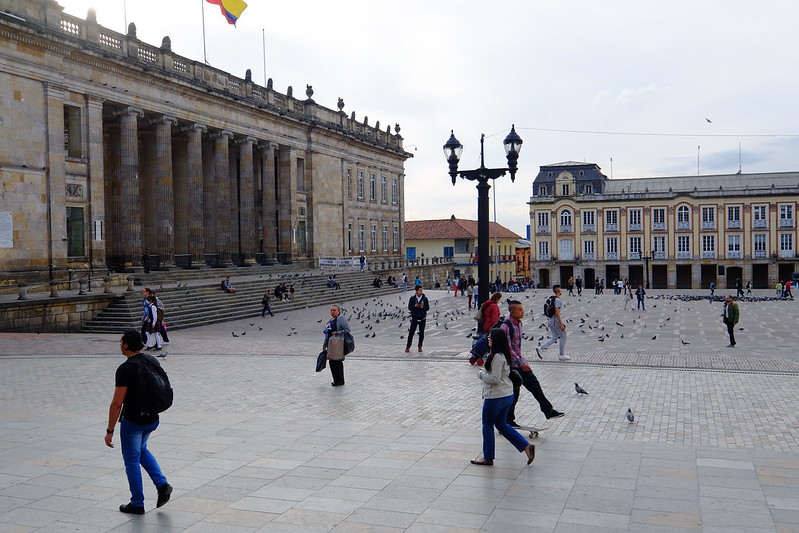 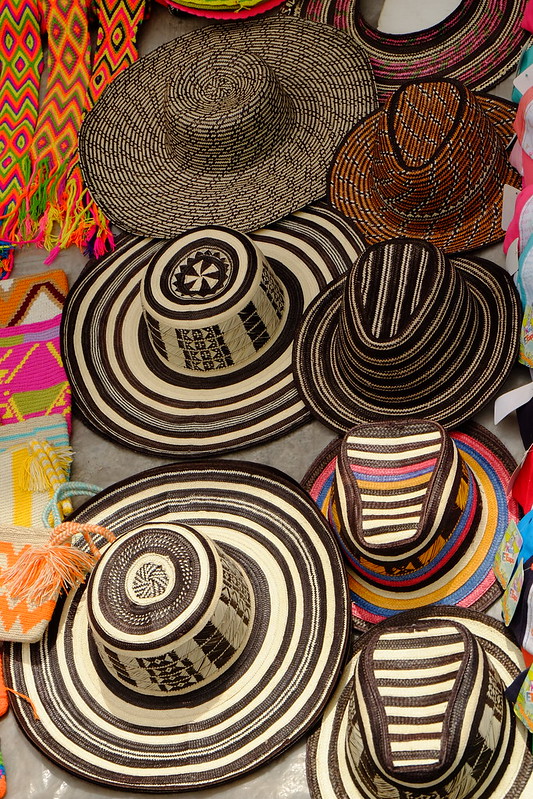 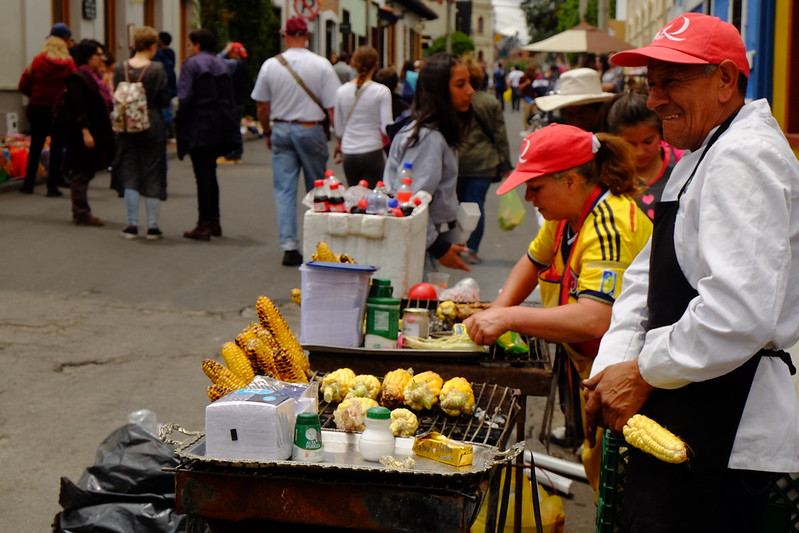 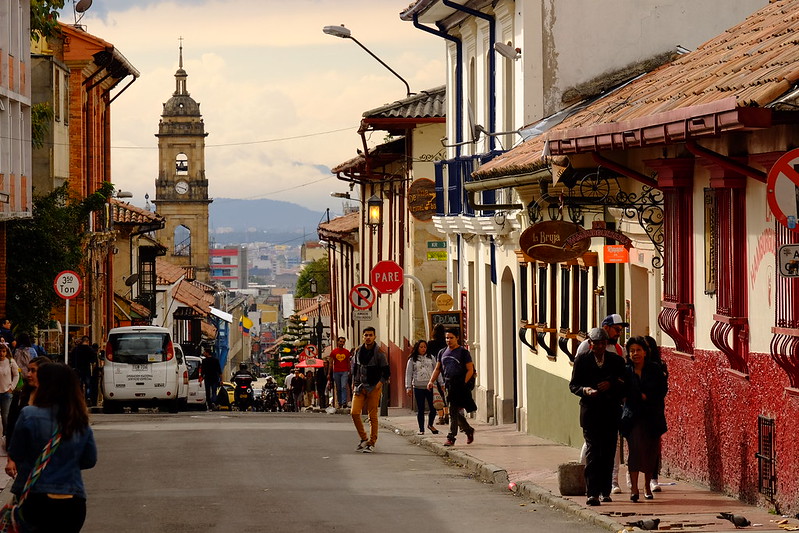 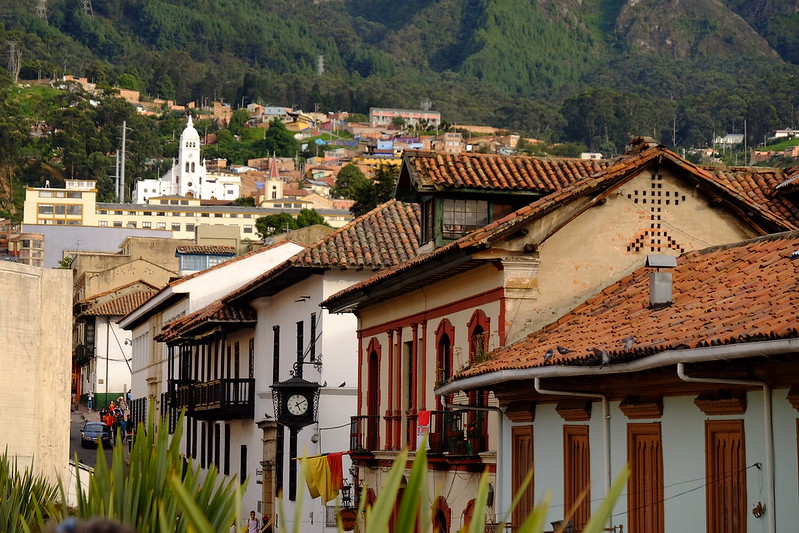 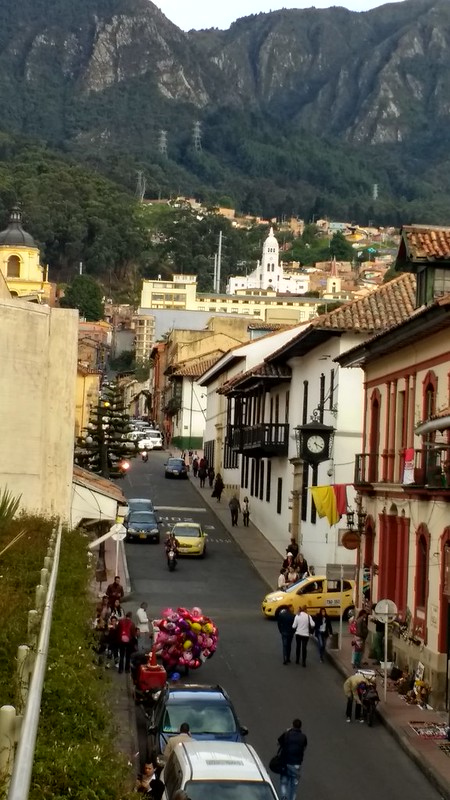 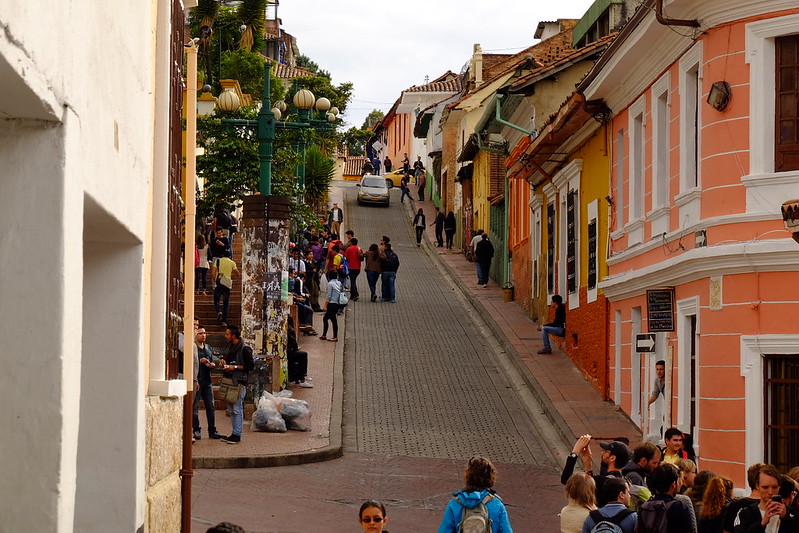 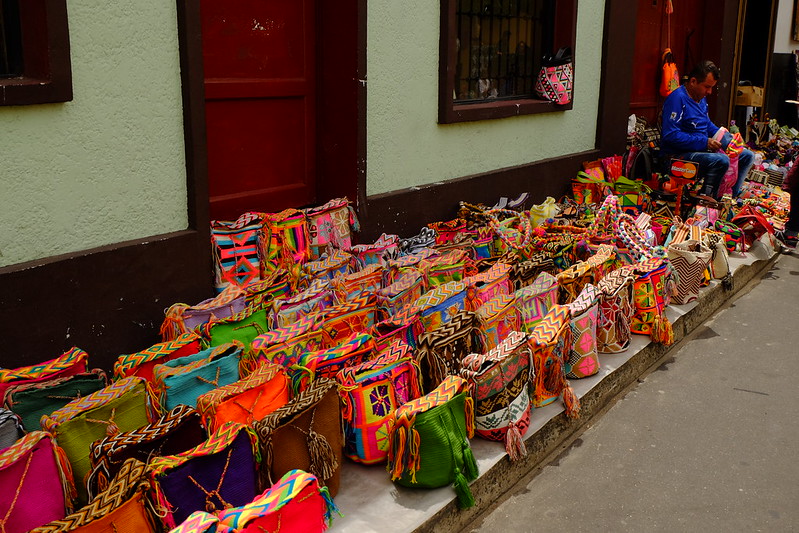 I hope you bought one of those beautiful, colorful bags!