As procrastination seemingly doomed me again, I enlisted the help of our new cohorts to come up with a great birthday surprise for a date that was coming up with rapidity. After our initial internet research, we were surprised to find that there were a few actual vineyards in Morocco that were turning out some decent wines. Wine tasting in North Africa; this seemed like an idea worth exploring. Additionally, we learned from our host in Meknes that the local people typically do not have ovens in their houses. Instead they use a public, communal oven, which was conveniently located a very short distance from our riad, which is the name for a traditional Moroccan house. So, with the two events taken care of, we just needed to come up with what we should put into the oven. A hand made gluten free, dairy-free birthday cake – so everyone in our party could enjoy it – seemed like the ideal test. Shopping for those ingredients would be the first test. Armed with a couple viable recipes, Jodi, Andy and I set out to procure these out of the ordinary ingredients. Luck would have it too! A mega grocery store was but a stone’s throw from our riad. This was a relief because we were dubious that our uncommon ingredients were the type found within the medina.

The next day finally dawned and we set out for our first adventure getting a taxi ride out to Domaine de la Zouina vineyard and olive grove. We were greeted by our guide who showed us around the property, pointing out this varietal and that, then led us to the organic garden. He explained to us the different olives they produced for oil as well, and as it was the harvest season, we got to see crates of olives being brought in. Then it was off to the wine tasting, where they proffered no less than four bottles (!) for this “tasting” (I’d call that a solid drinking, but who is to argue at this point). Faced with the daunting task of finishing off four bottles between the four of us, we were relieved to find out that our tour guide, despite being Muslim, was a willing wing-man. We talked wine, religion, olives and politics and generally had a gay time of it all afternoon. The bread, olive oil, cheeses and olives that accompanied the wine bottles were both delicious and thankfully abundant. At the end of the tasting/eating, we all five of us staggered downstairs to where the heavy lifting is done in the olive sorting and pressing room. We even got to taste some just-pressed-that-second oil, which had a real bite to it. We needed some bread to dip in it, but thought that requesting some might be pushing it. Afterward, we graciously took our taxi back home and decided that today was a lost day to bake our cake.

The following morning we cheerfully awoke and set upon the mixing bowls and preparation for the cake. After much shredding and cutting and talking, we had what we thought was ready for the oven. Led by our host, we marched through an alley in the medina and around one or two corners to where the public oven and the man who runs the oven are. We gave him the small fee that is required as he gave a quizzical look at our cake, which had apples sticking out of it. He took his oven peel and slid our cake into the fire stating that we ought to return in forty-five minutes to retrieve it. We are fairly confident he’d never baked something like this before, but we decided he was a professional, and whether the cake turned out or not was beside the point. Wow, what a cake it turned out to be, perfectly done. Who in the world would have thought that a publicly cooked gluten-and-dairy-free hand made birthday cake in the middle of Morocco could taste that good! Procrastination has been the cause for so much spontaneity that I suggest you try it as well. Nothing like thinking on your feet to make a special day even more special.

Meknes had its own medina, which was similar but smaller than Fez, which we wandered around for a few days. We also took a day out to see a rewarding ancient Roman ruin in nearby Volubilis. Volubilis was established about 300 B.C. and fell in 285 A.D. It was a town that existed principally for the production of olives and olive oil, and was one of the furthest outposts of the empire. Boy, those Romans sure were prolific builders! 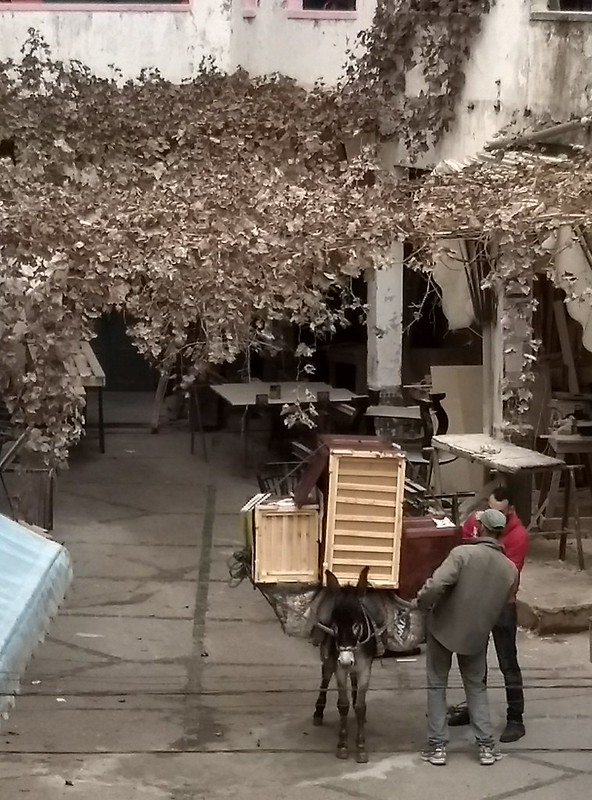 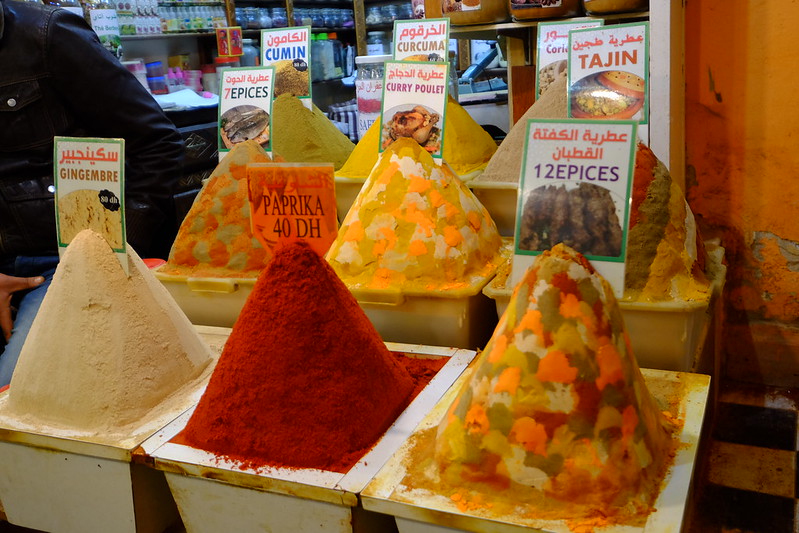 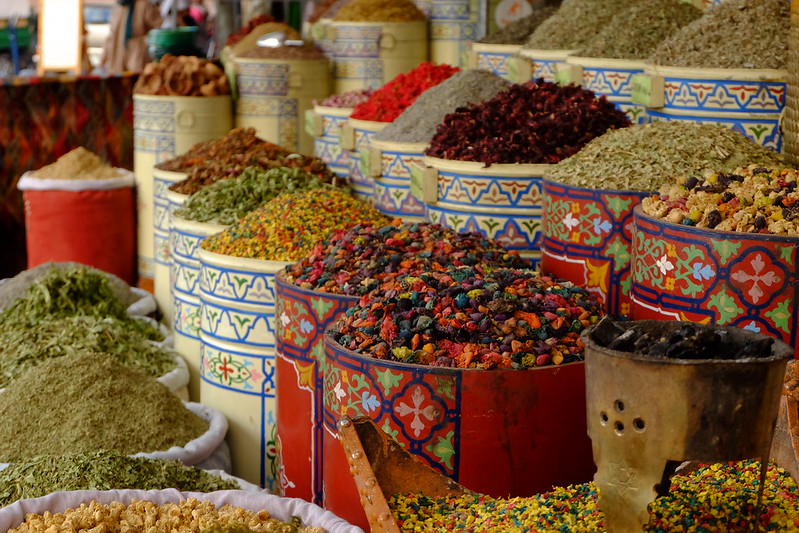 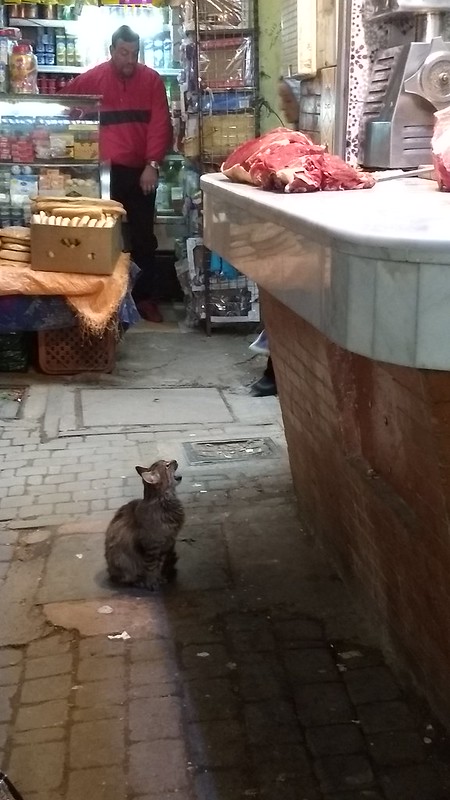 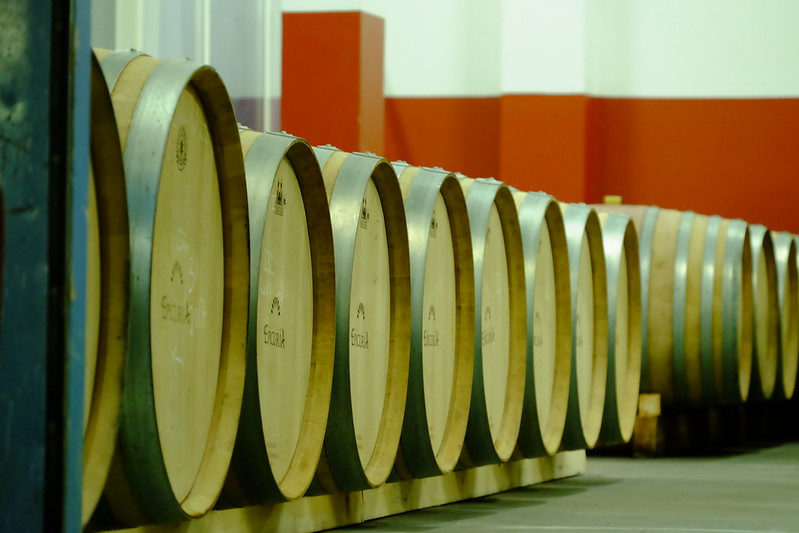 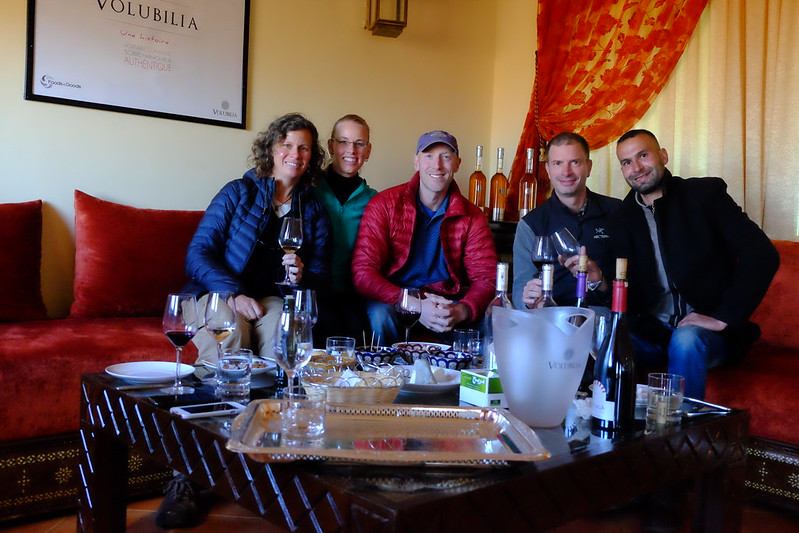 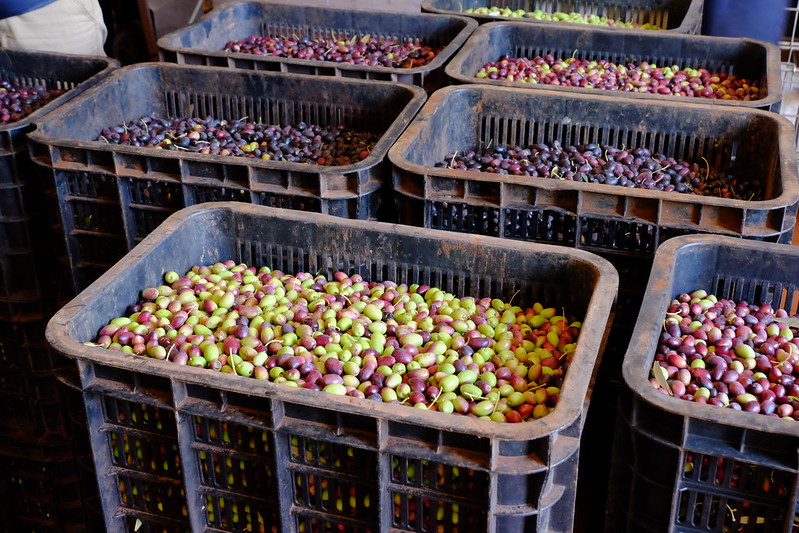 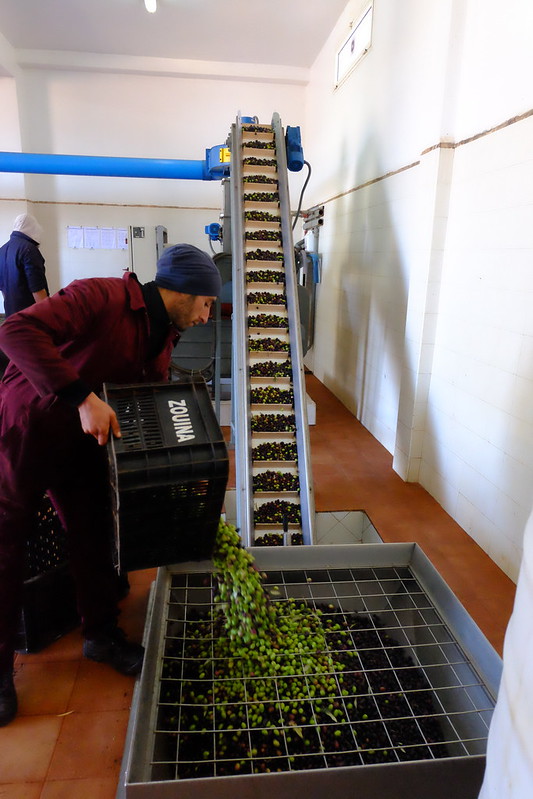 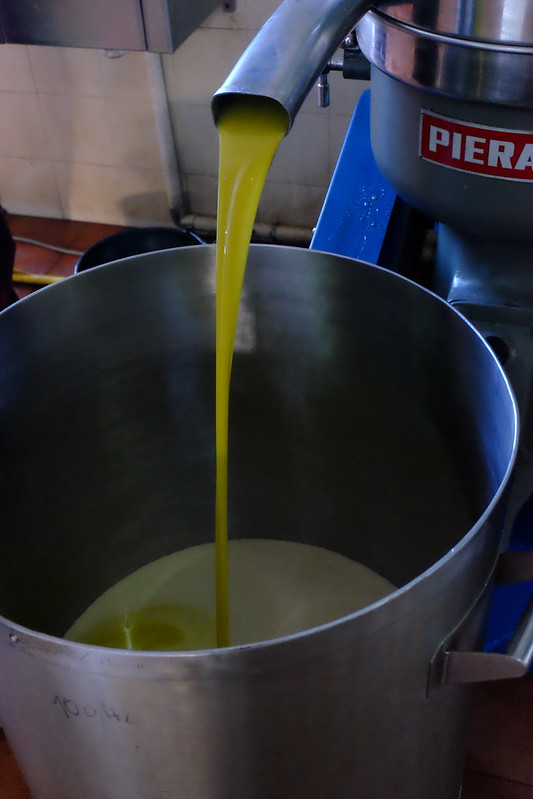 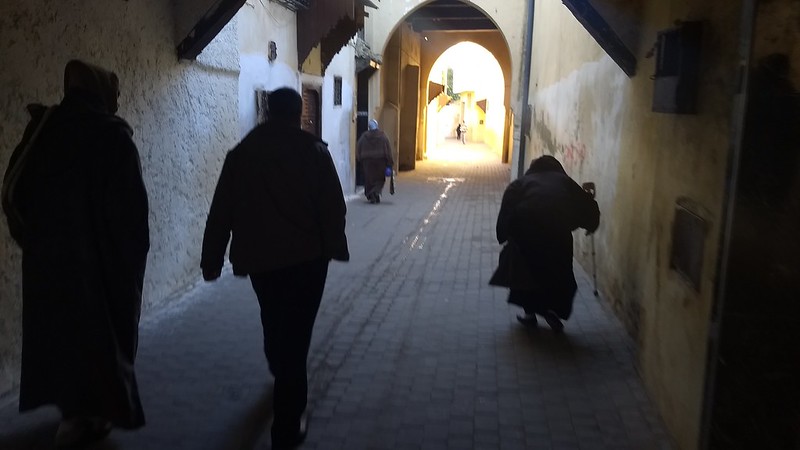 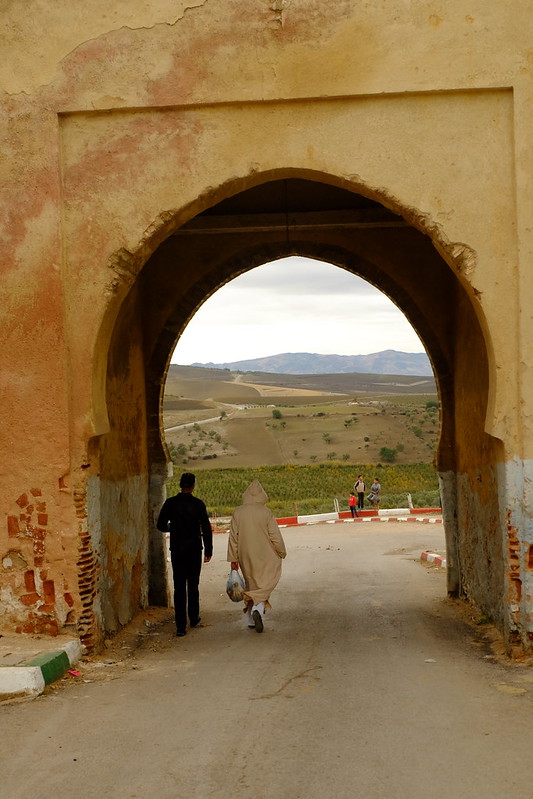 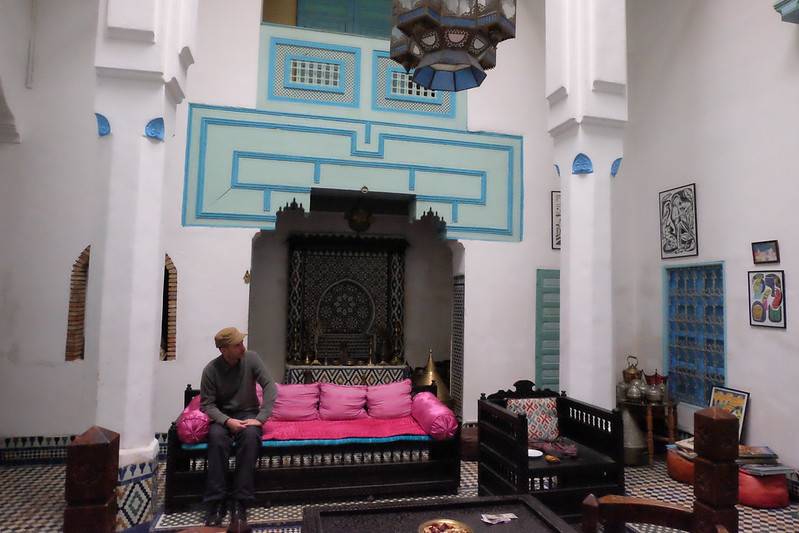 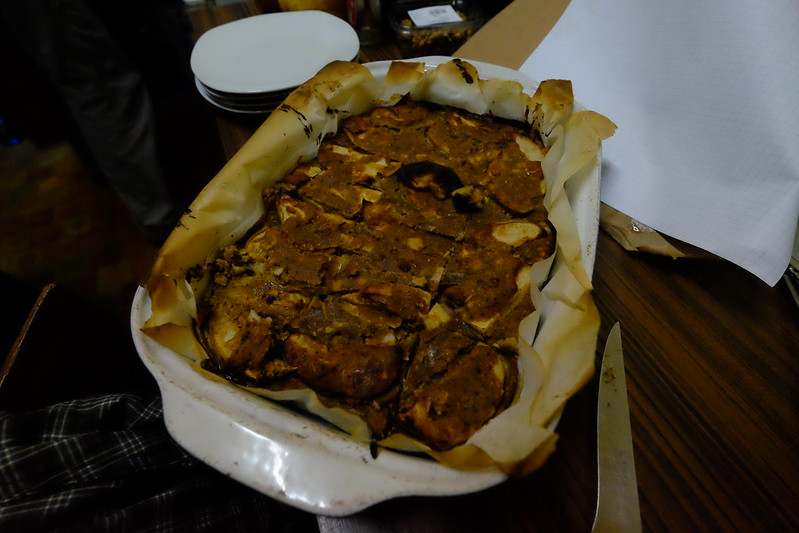 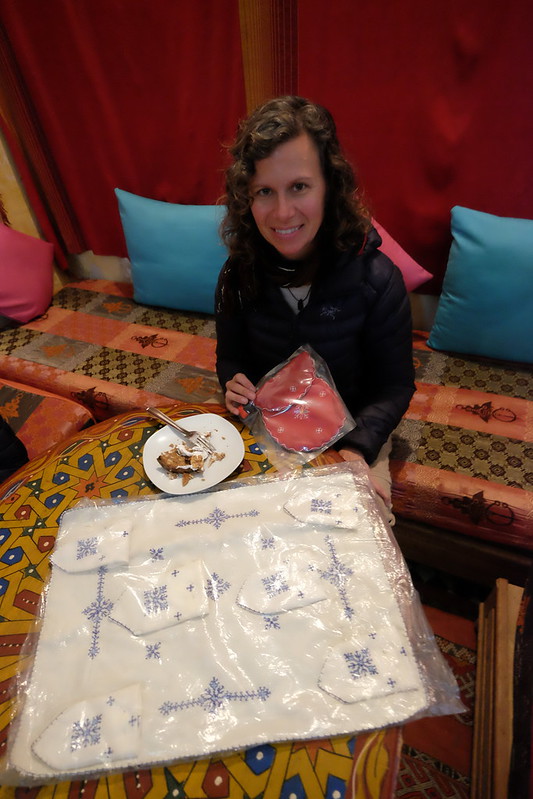 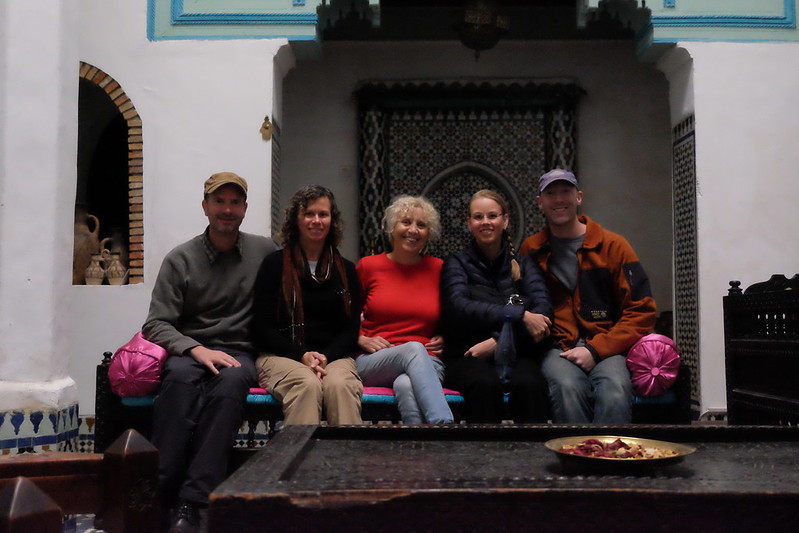 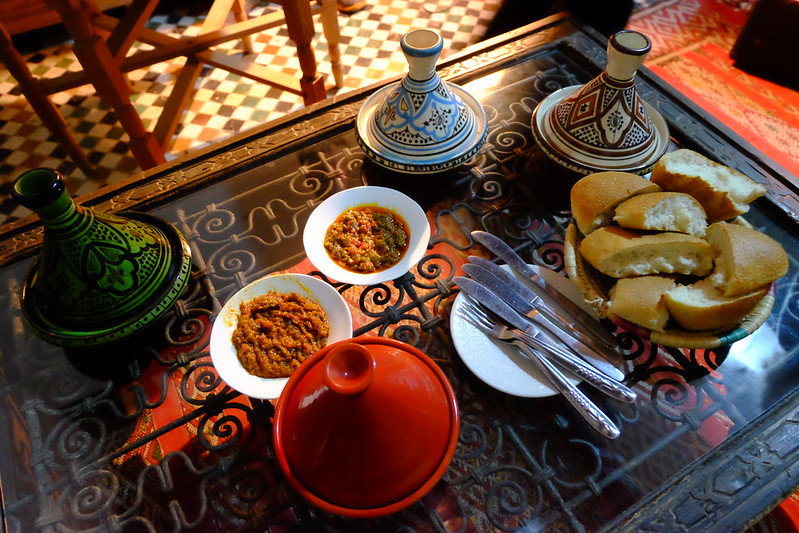 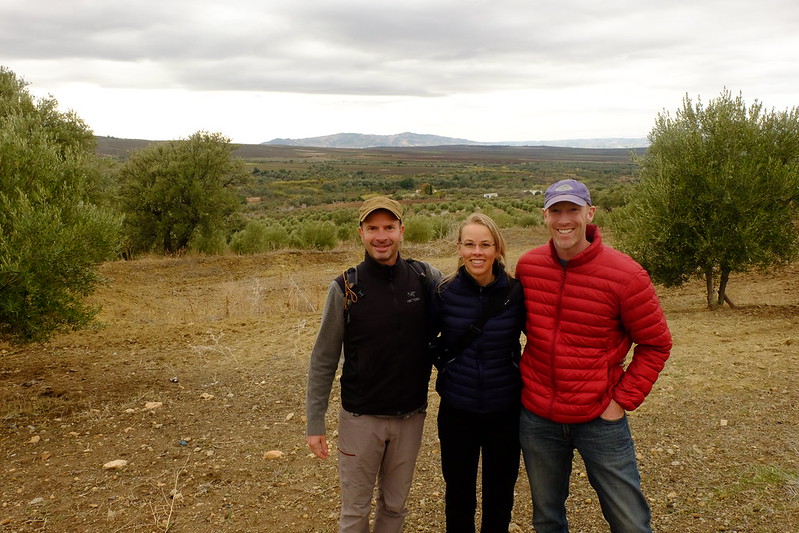 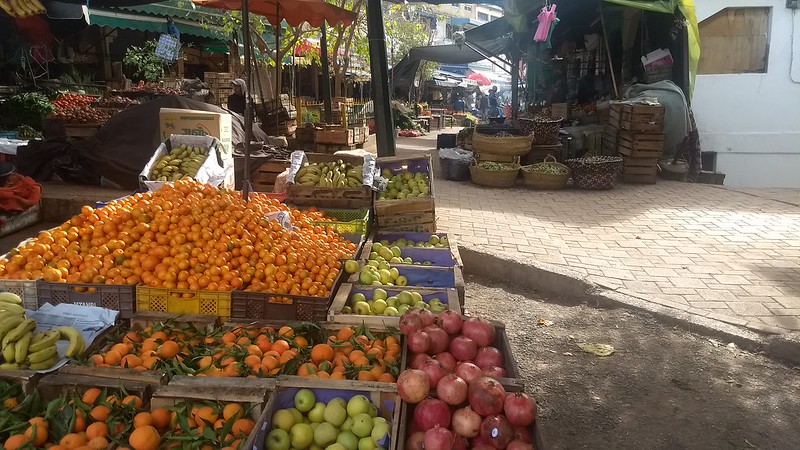 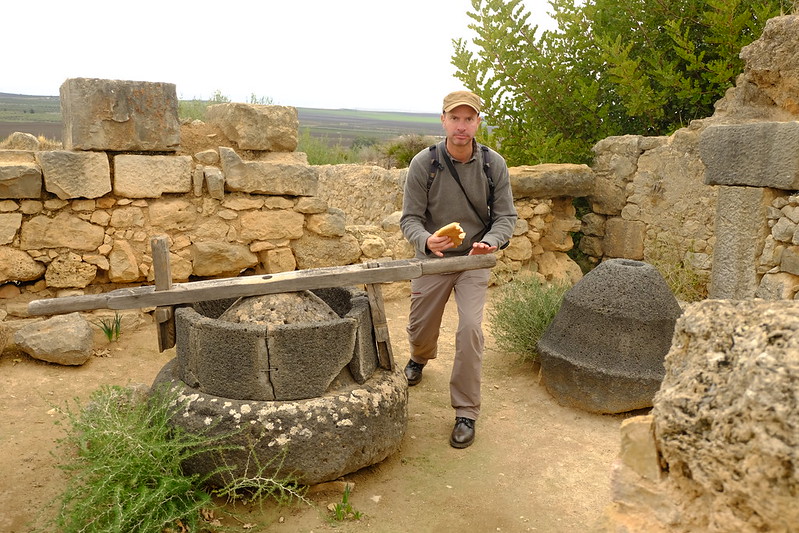 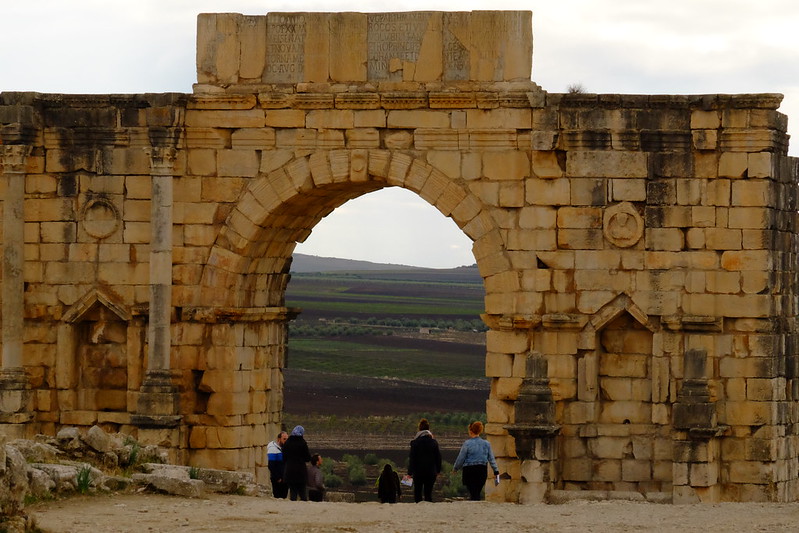 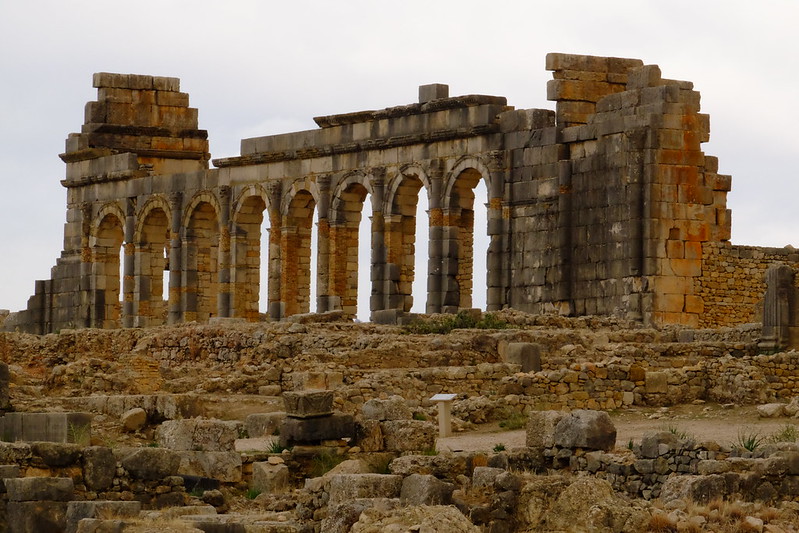 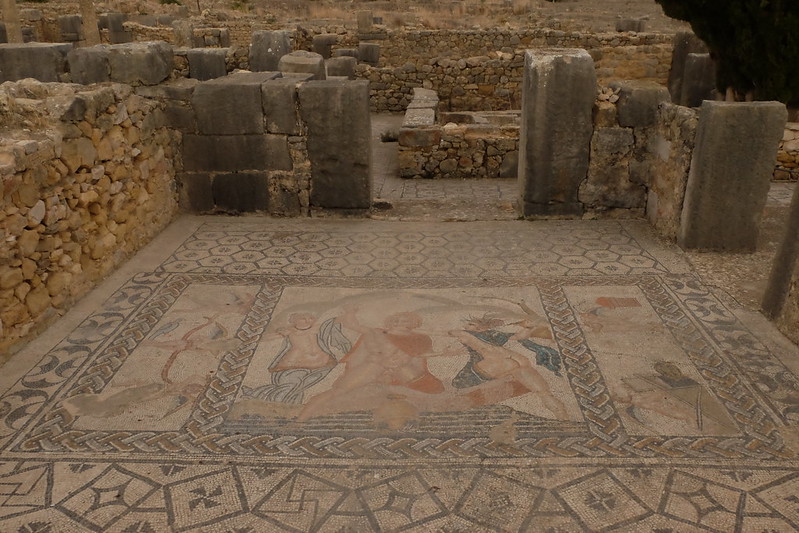 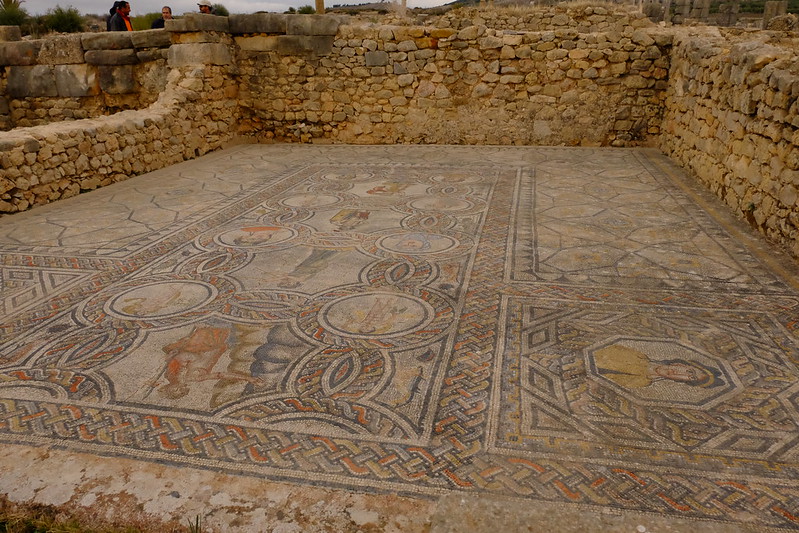 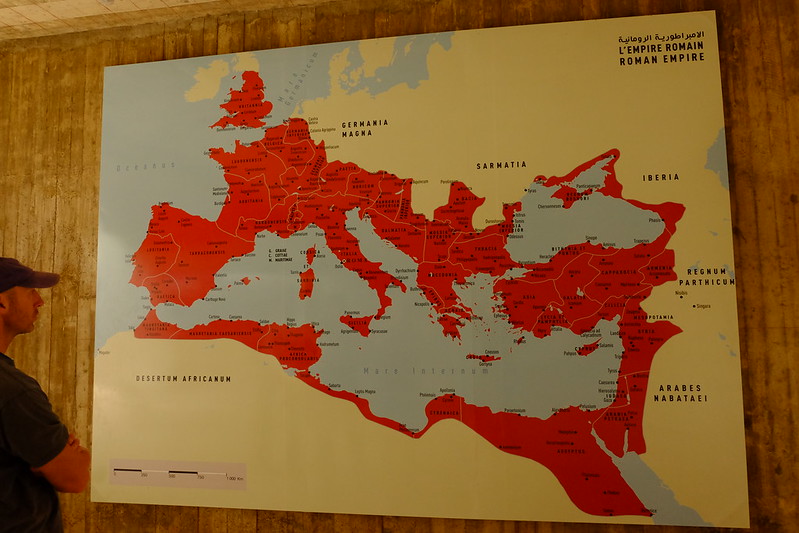 Thanks for the descriptive writing and pictures!! Even having a cake baked!!! Continued safe travels on this fabulous trip and adventure!!

Makes me feel guilty when I can’t even bake a good box cake! Happy bday!