After a great time in Indonesia, we went to Bangkok for two weeks and it was primarily all about our mouths: both fixing the teeth in them, and filling them with delicious food. As mentioned in our Cusco post, I cracked a tooth there. I got a temporary crown put on in Lima but needed to get a permanent crown put on before I got home. Also, Peter had some dental work he wanted to get done before we got home. We googled the top spots in the world for “dental tourism” — where Westerners go to get quality dental care done for significantly less — and found that Thailand ranked number two behind Mexico. Off to Bangkok we went. 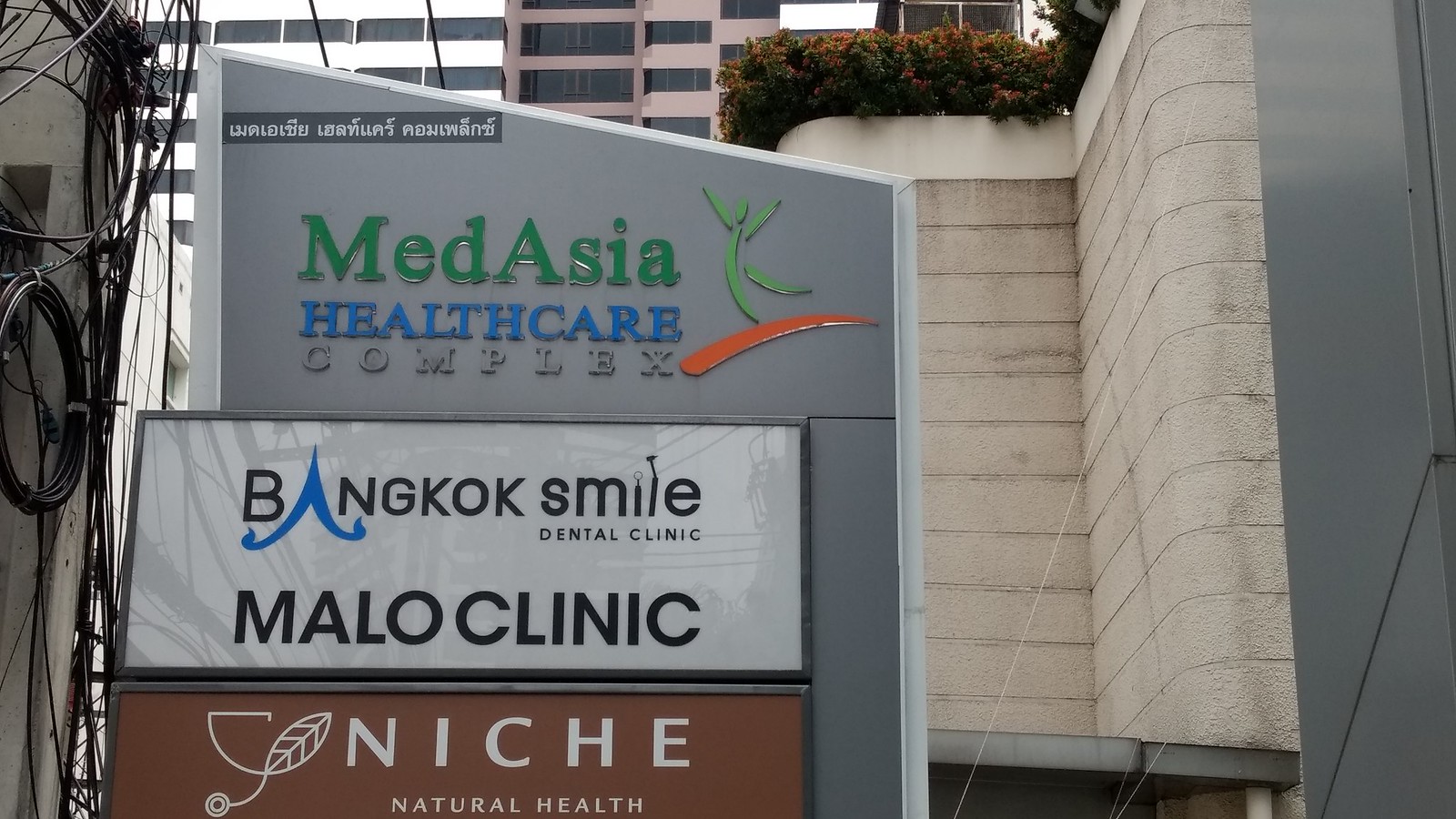 The dentist’s office, our #1 destination in Bangkok

We had many, many appointments at the Bangkok Smile Dental Clinic in the area of Bangkok known as Sukhumvit. If you’re looking for a vacation to Thailand and are in need of any expensive dental work, we’d recommend them. We saw US-trained dentists who used top end US and European materials for less than half the price for the same thing in the US. The office was immaculate and they were very professional. They even took our blood pressure before every appointment!

Besides going to the dentist, we mainly wandered around and ate great food. We’ve both been to Bangkok before, so had already seen most of the tourist sites. Also, it was very hot. Every time we walked out of an air-conditioned building, we walked straight into a wall of hot humidity that made us want to turn right around. So we spent an inordinate time in the huge Bangkok malls trying to replace things that had worn out or been lost on this trip. Also, we ate great food. Bangkok is justifiably famous for its street food, and there was a little night market a few blocks from the place we stayed so we went there several times. The street just down from our dentist office was known as “Little Arabia,” and when we’d had our fill of Thai food, we had some great Arabic food. In case I forgot to mention it, the food was great. 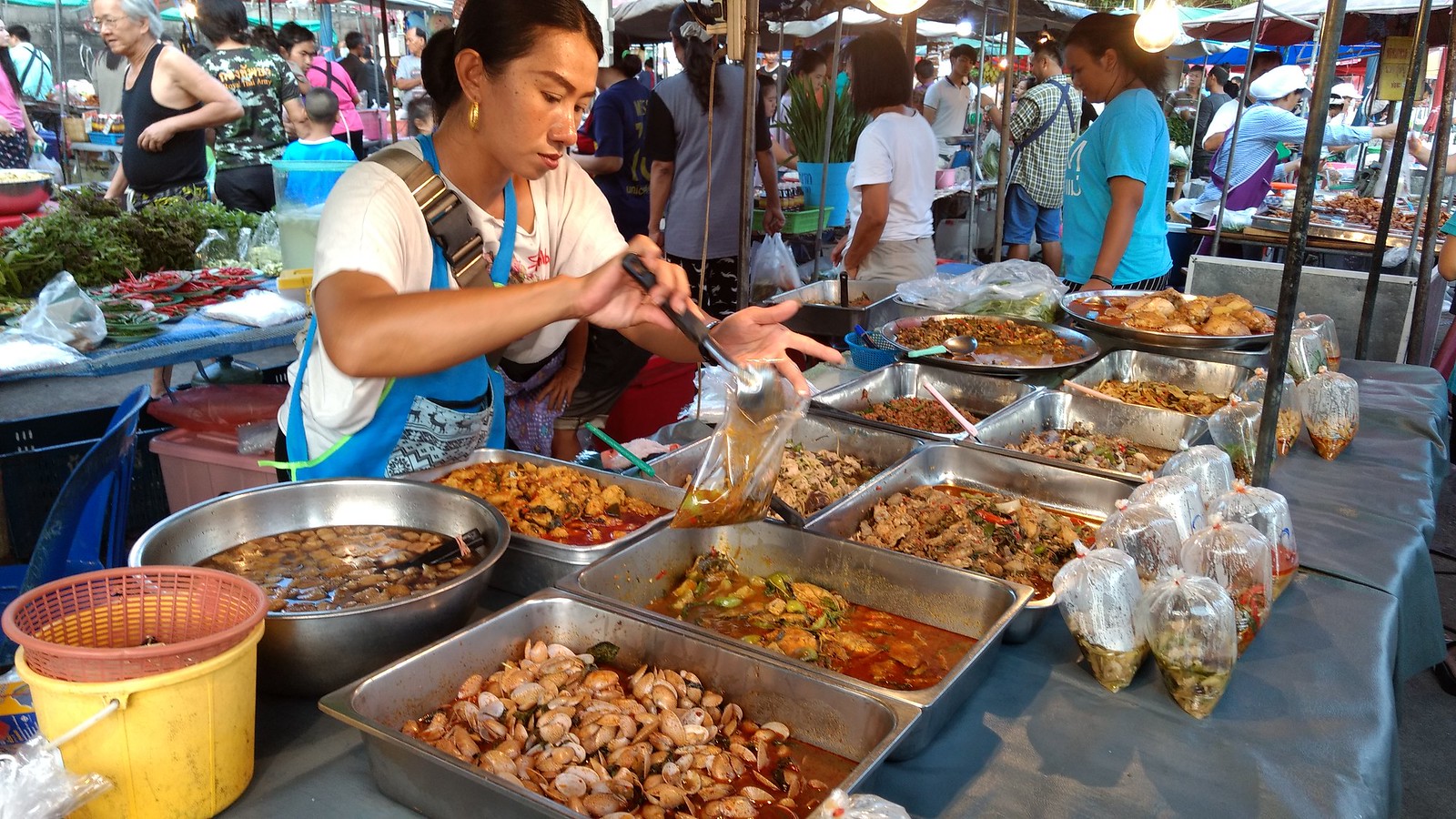 Market near the place we stayed

Speaking of great food, Southeast Asia grows two fruits that are very difficult if not impossible to find fresh in the US, which are known as the King and Queen of Fruits: durian and mangosteen, respectively. They are royal fruits because they both contain a very high amount of hard to find antioxidants called xanthones. Durian is (in)famous for its pungent odor, which has been described as “turpentine and onions, garnished with gym sock.” It is even banned by airlines, public transportation, and hotel rooms in several parts of Asia, apparently. As luck would have it, we arrived toward the end of the durian and mangosteen seasons. Of course I had to try them. I thought durian was absolutely delicious and I thought the smell was fine. Peter didn’t like it, but I don’t think he gave it a chance as he had had one single durian flavored cookie years ago in Thailand that he didn’t like, so was biased against this magnificent fruit. Mangosteen, which tastes nothing like a mango, is a delicately flavored, delicious fruit with no bad odor. 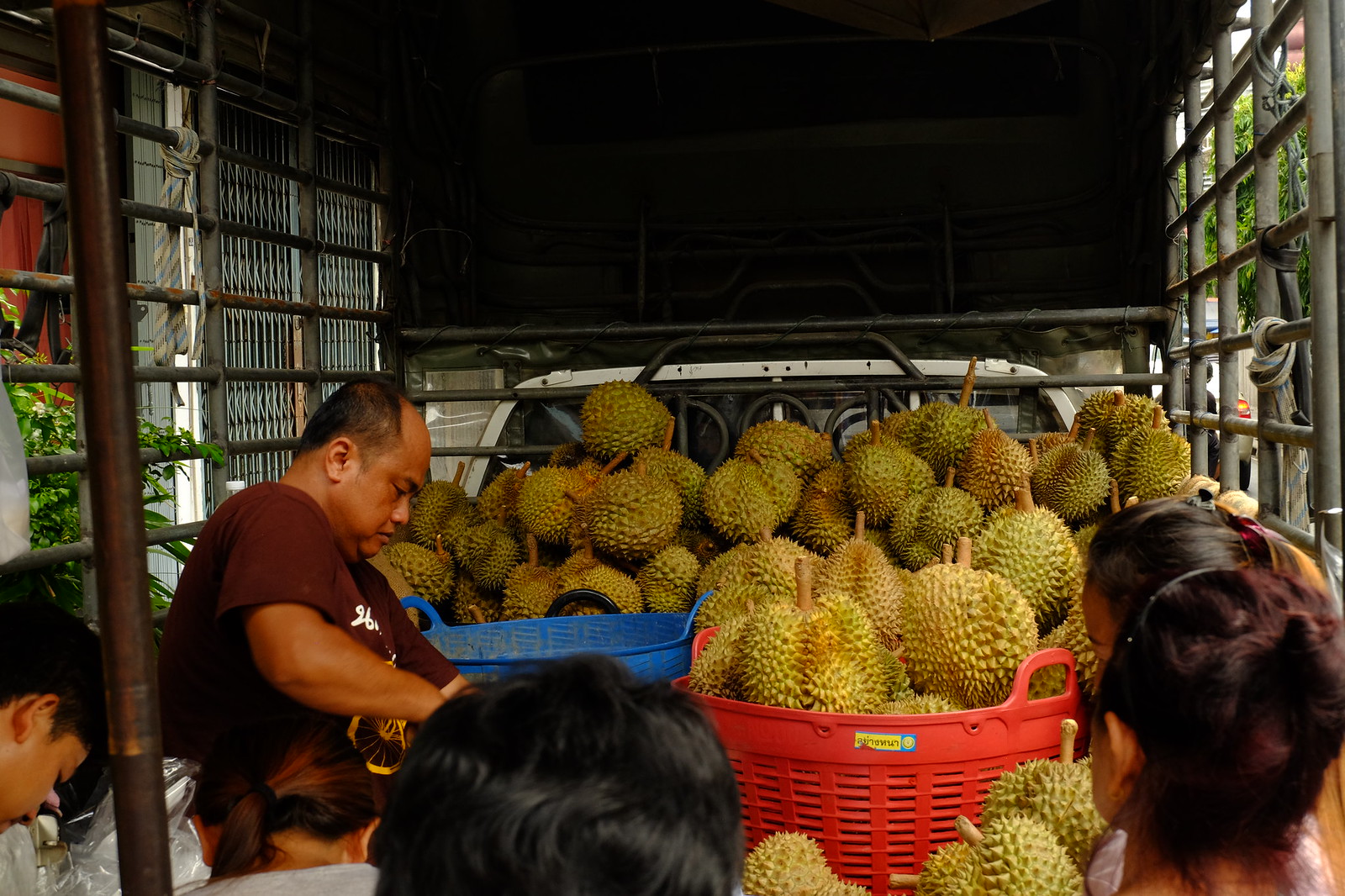 An entire truckload of durian, which is just as pointy and sharp as it looks — it would really hurt if one fell on your head

We played tourists for one afternoon and took a public boat ride up the Chao Phraya River and visited Wat Pho, home of the huge, gold leaf covered reclining Buddha. We had forgotten how huge it was — 150 feet long and 50 feet tall. 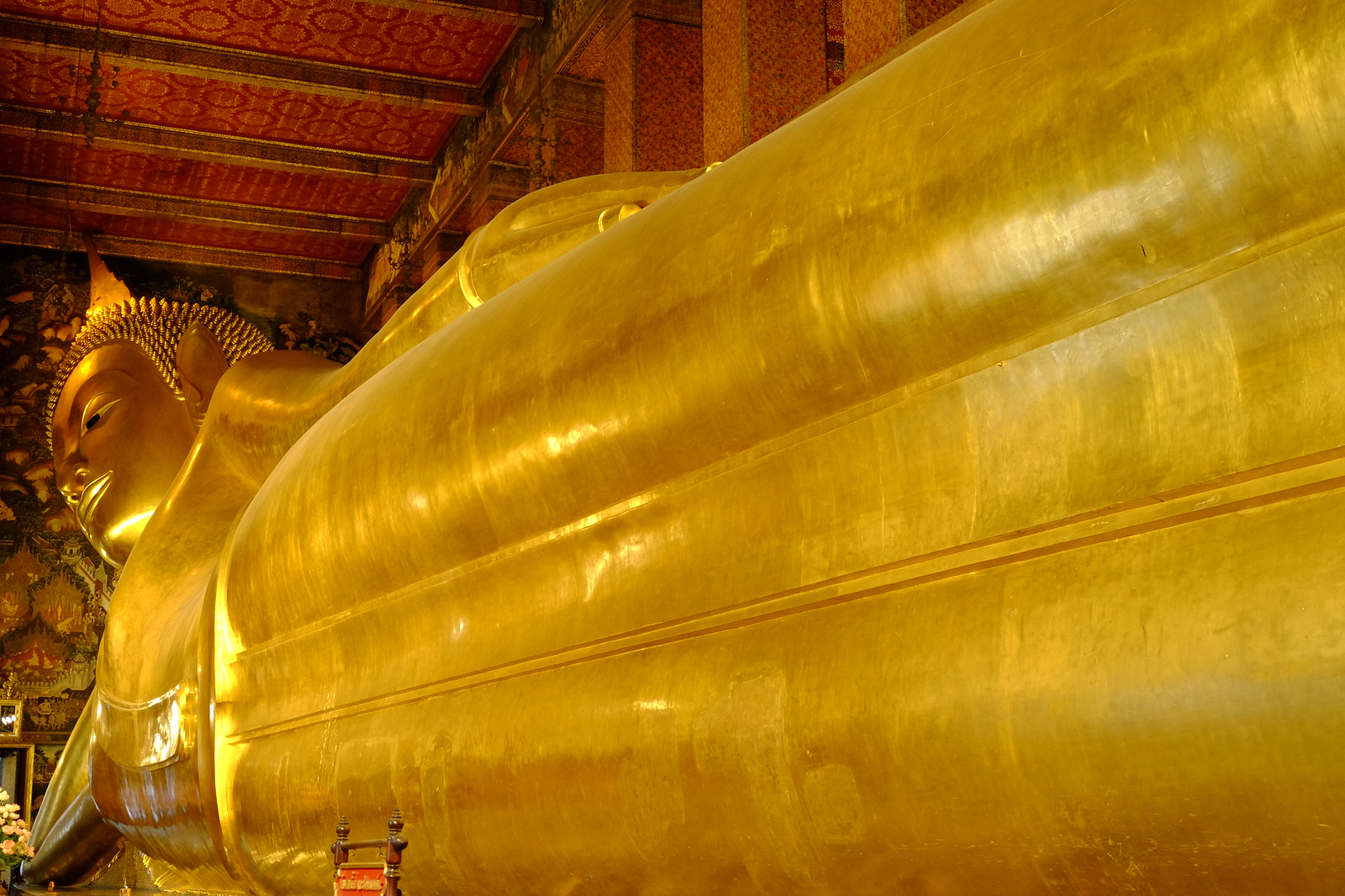 Peter also needed a new suit. Bangkok is famous for its inexpensive, handmade suits, and the Sukhumvit area has most of the good tailors. That was a fun experience, and the place we ended up going actually had a little photo book on the fittings they did for George H. W. Bush, and a signed photo of Barack Obama on the wall! The final thing we did in Bangkok was a bit of planning for our next destination…East Africa. 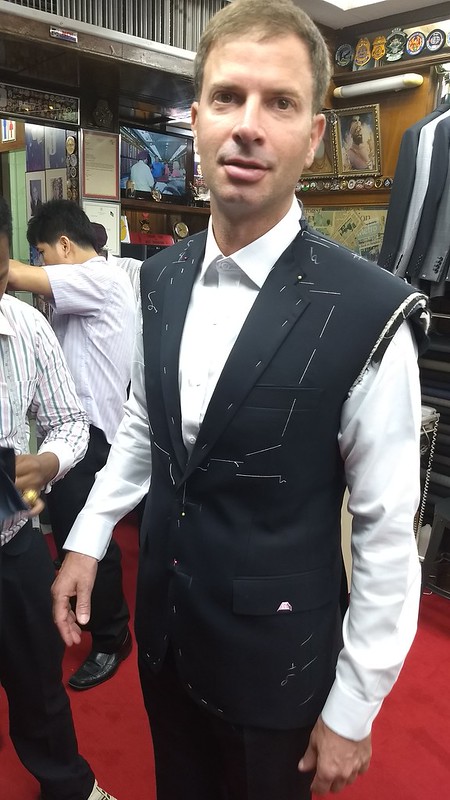 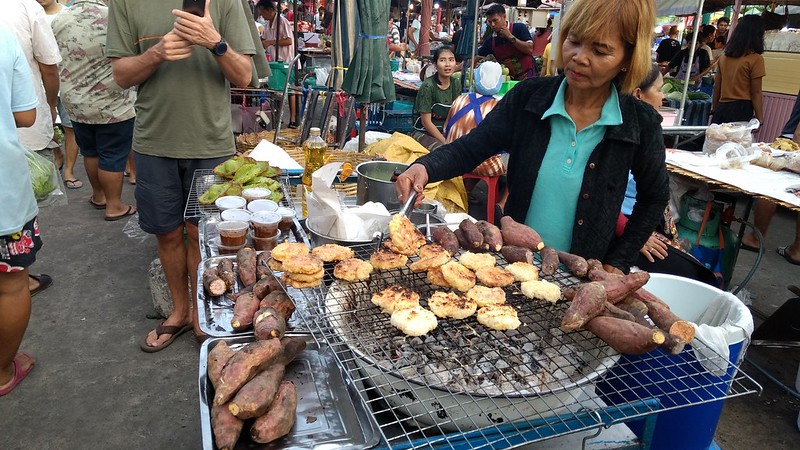 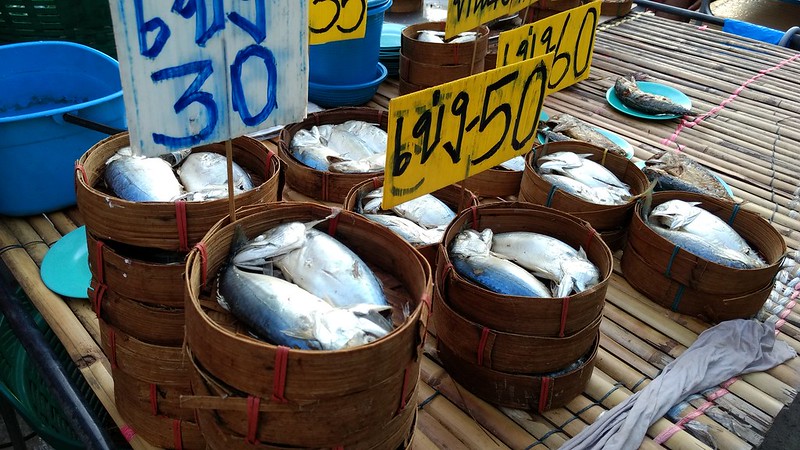 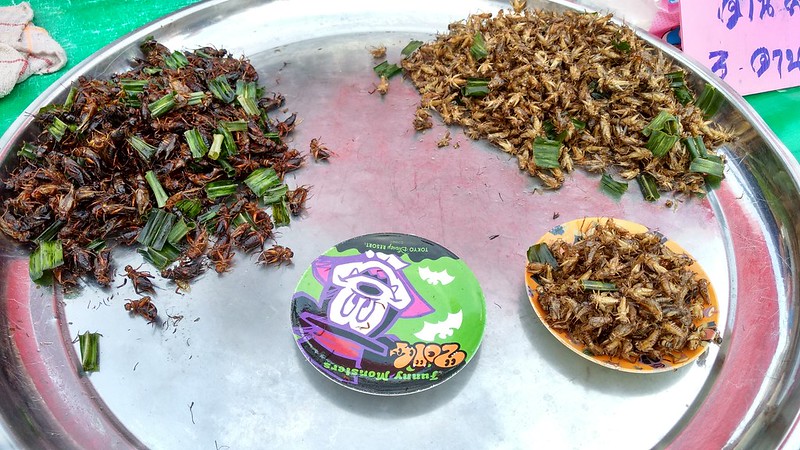 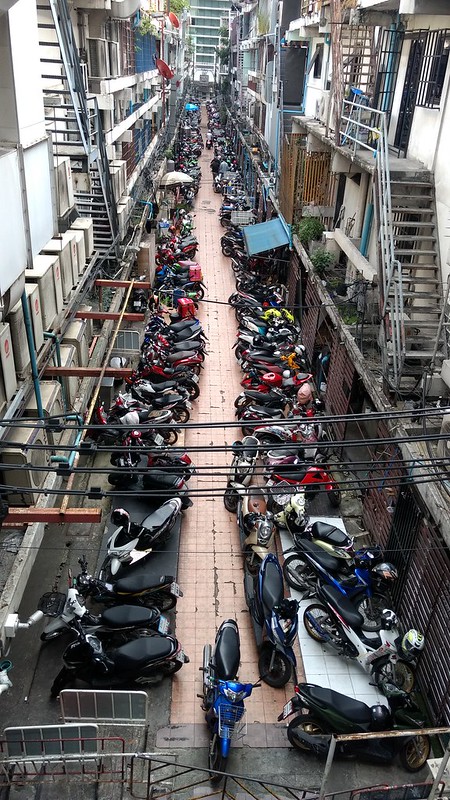 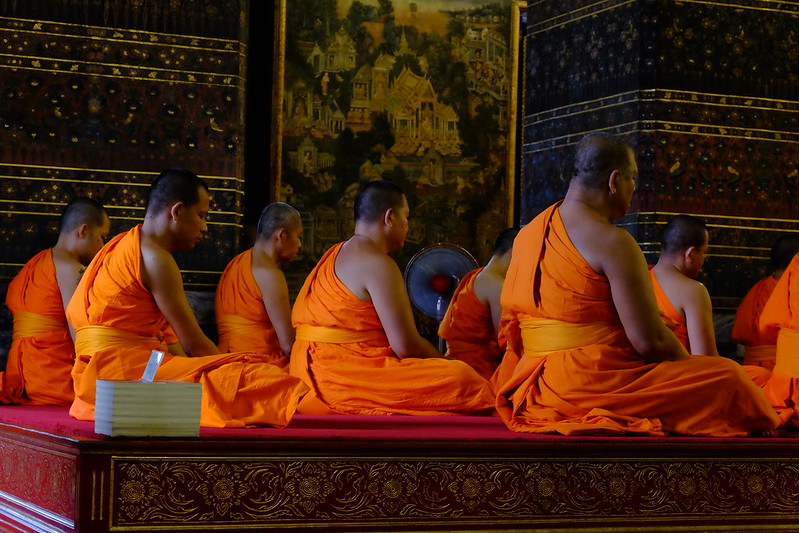 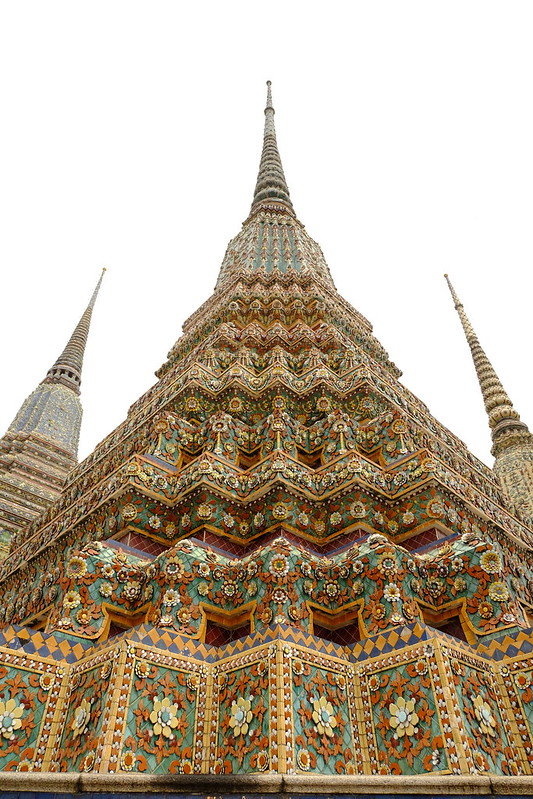 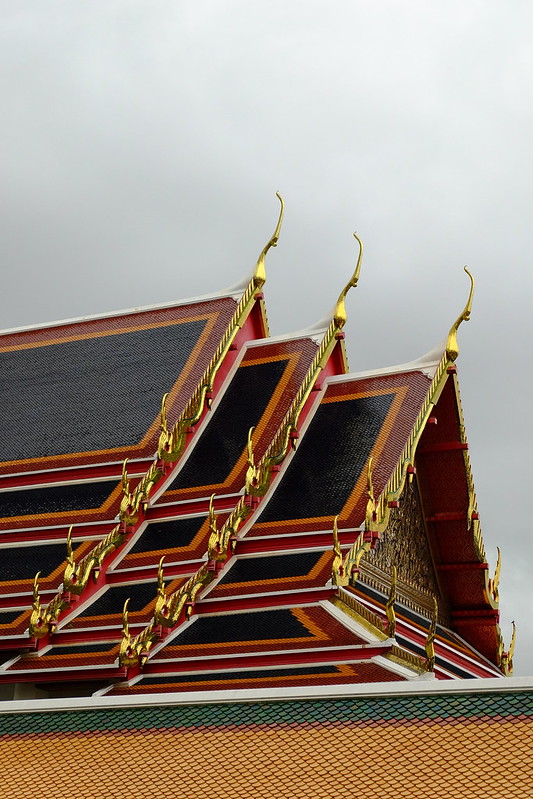 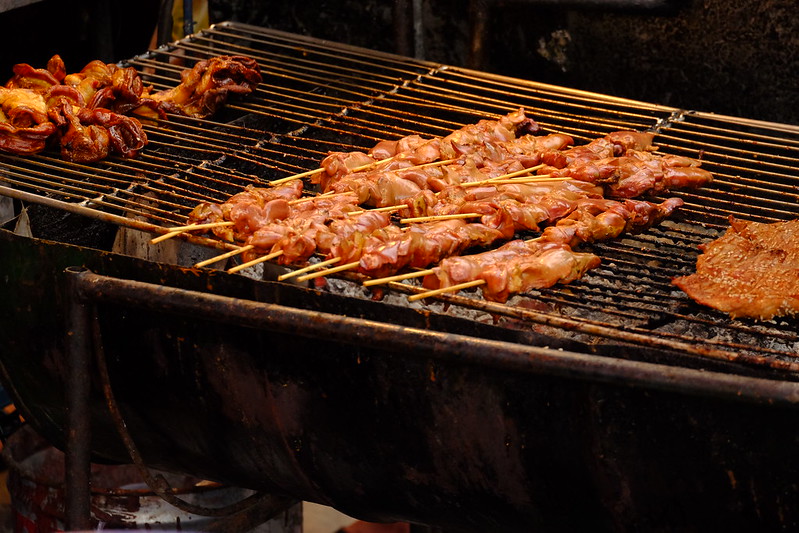 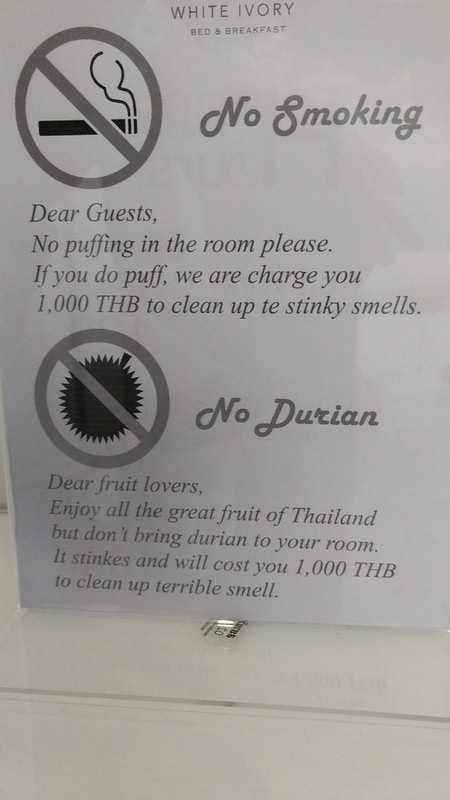 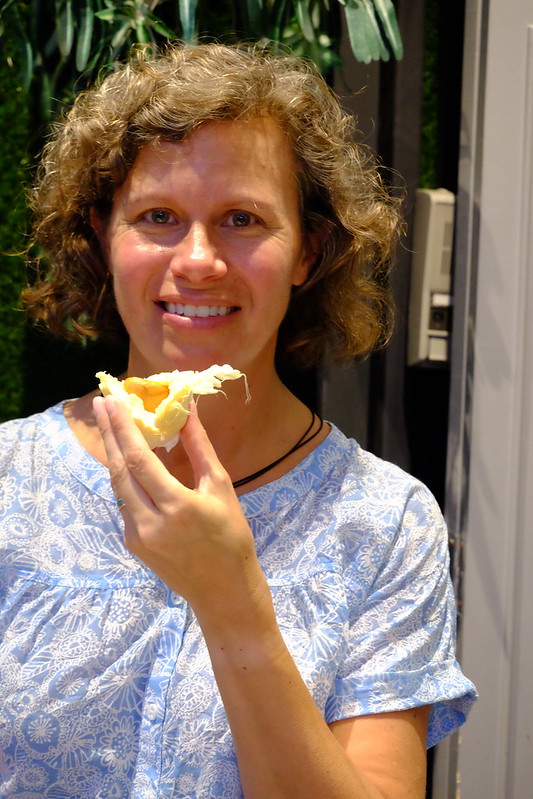 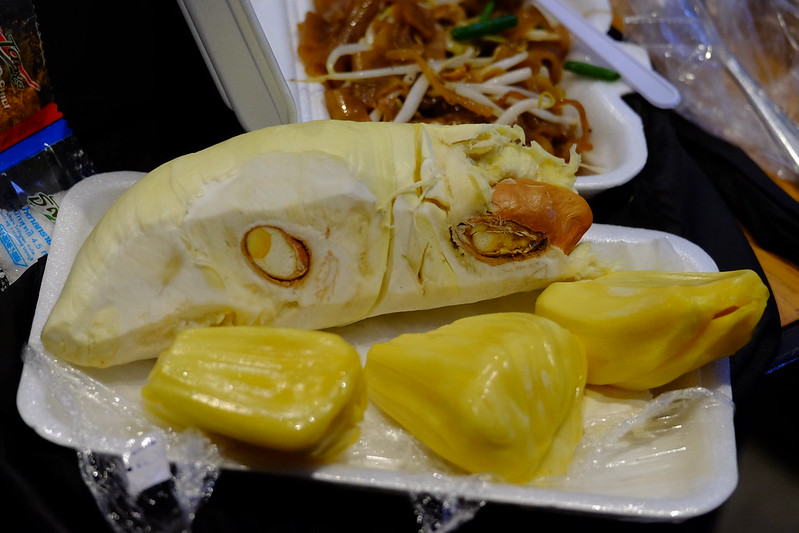 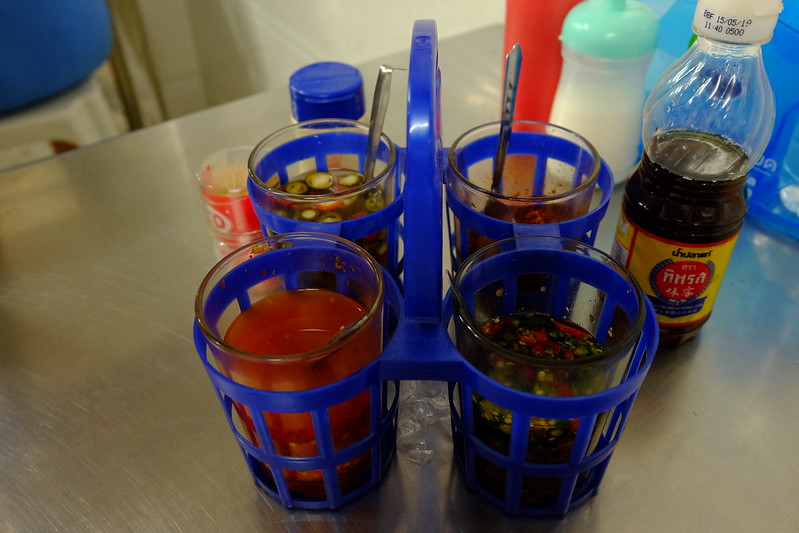 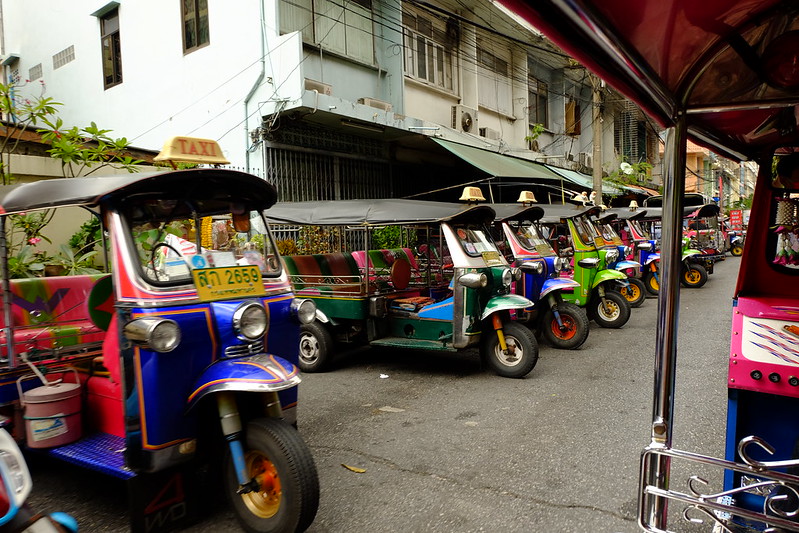 You both look healthy and happy. We are enjoying traveling vicariously.

Love everything you send! Jealous!

So funny, I was attending a wedding in Sukhumvit in early July was there for a week. If only it had been a few months later! I was not nearly as adventurous about Street food as you both but you’ve probably developed asbestos stomachs by now. I also wanted to try Durian but my host refused to entertain the idea :) Glad you did though. Went to Costa Rica! Miss you.

Thanks for the latest update of your travels!! I really enjoy reading all about your adventures! Love all the pictures that you also include!

What happened to the suit? Is it in your back pack? L.M.