Patagonia is a much bigger area than I realized. When I would imagine Patagonia before, I was really picturing Southern Patagonia, as in the stunning jagged peaks of Torres del Paine and Fitz Roy. But Patagonia extends quite a ways to the north, and includes the Lake Districts of Chile and Argentina, which we found to be pretty stunning in their own right. 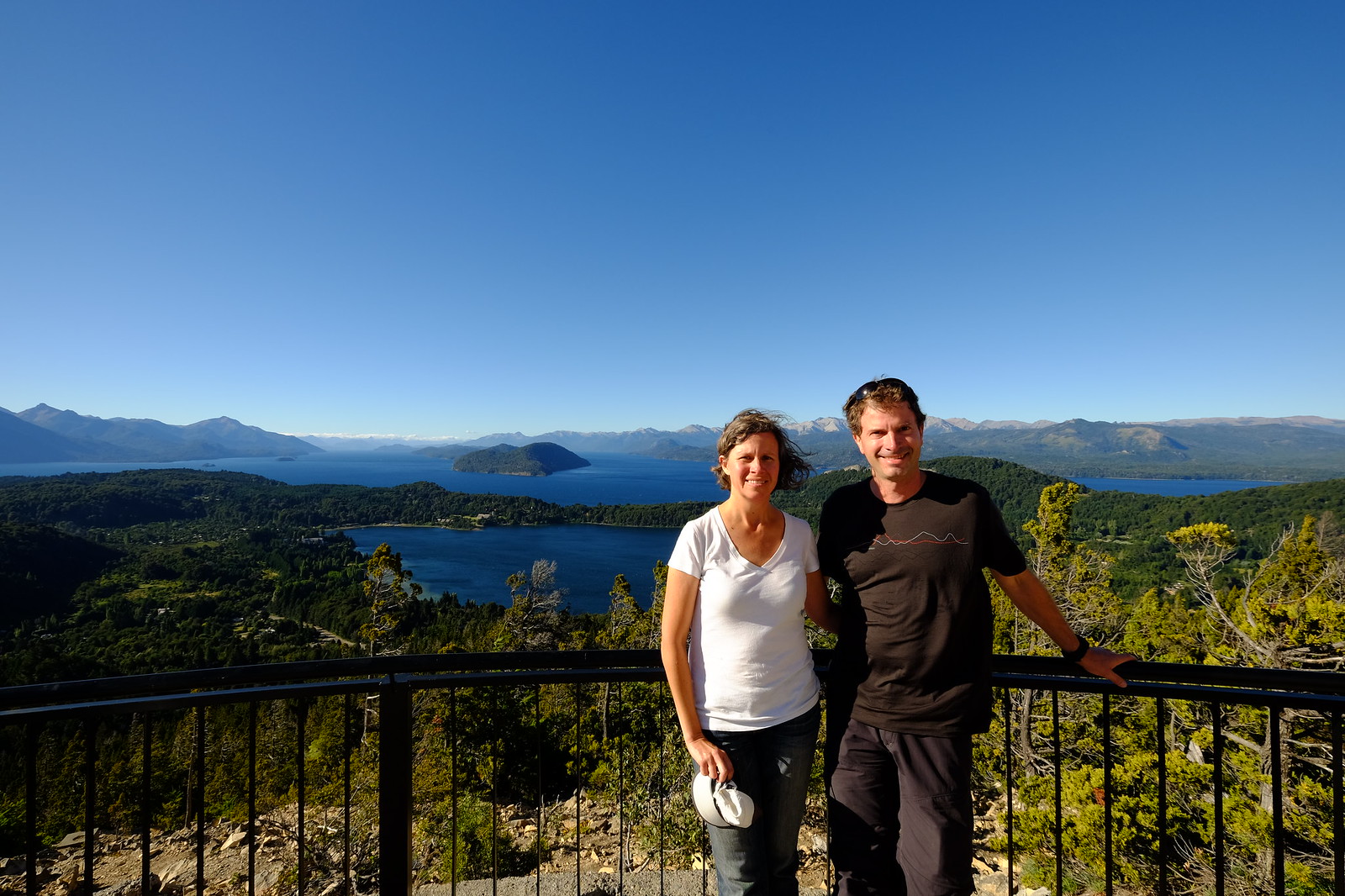 View from the top of an old ski hill in Bariloche

Chile was rainy so we spent more time on the Argentinian side, in and around Bariloche. 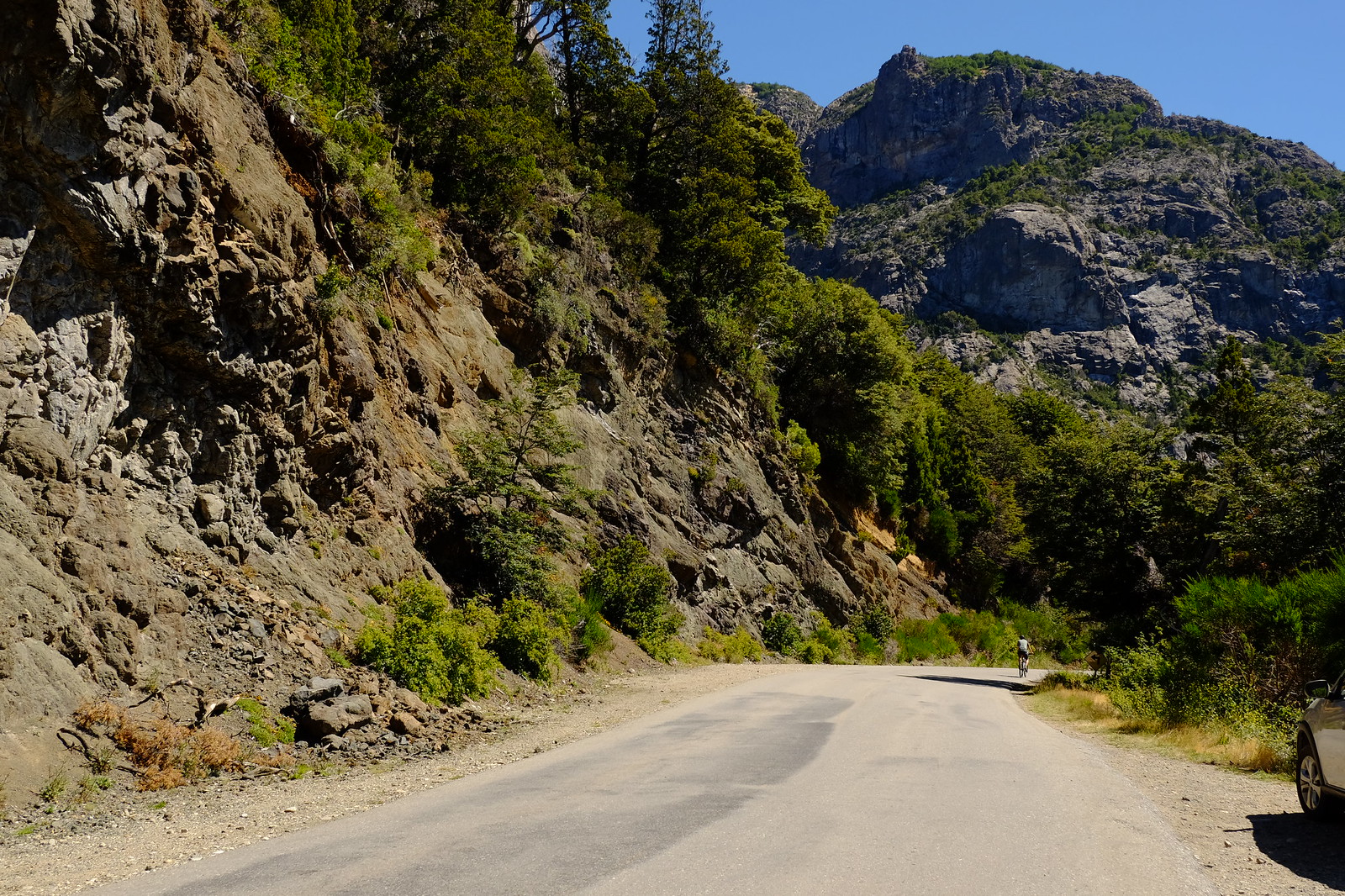 We did a ~25km bike ride around the “Circuito Chico” 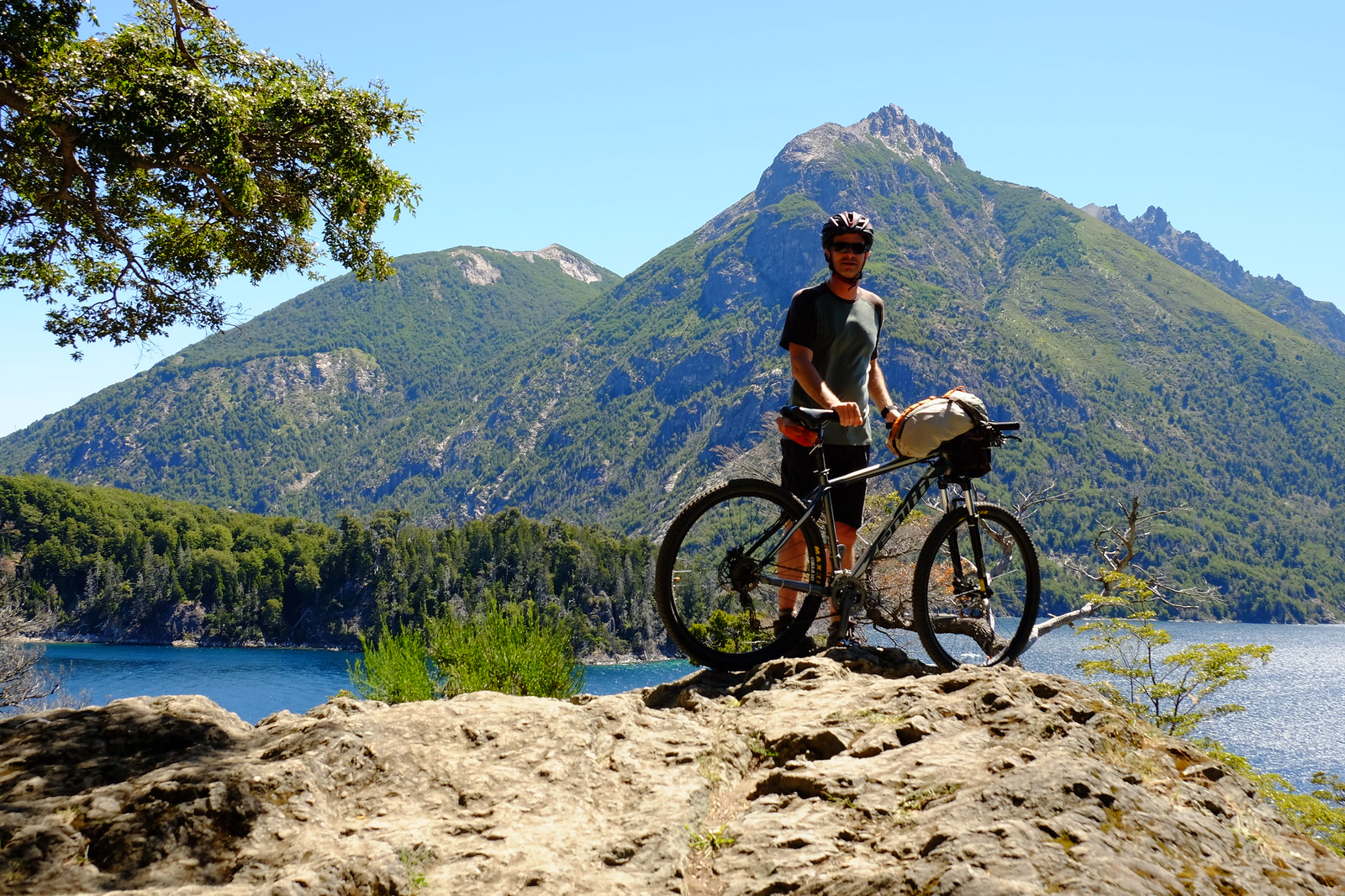 We have been lugging around a tent, sleeping bags, sleeping pads, hiking poles, proper hiking boots, etc. on this trip for the sole purpose of going backpacking in South America, specifically Patagonia, and we’d yet to use any of it. So it was about time. 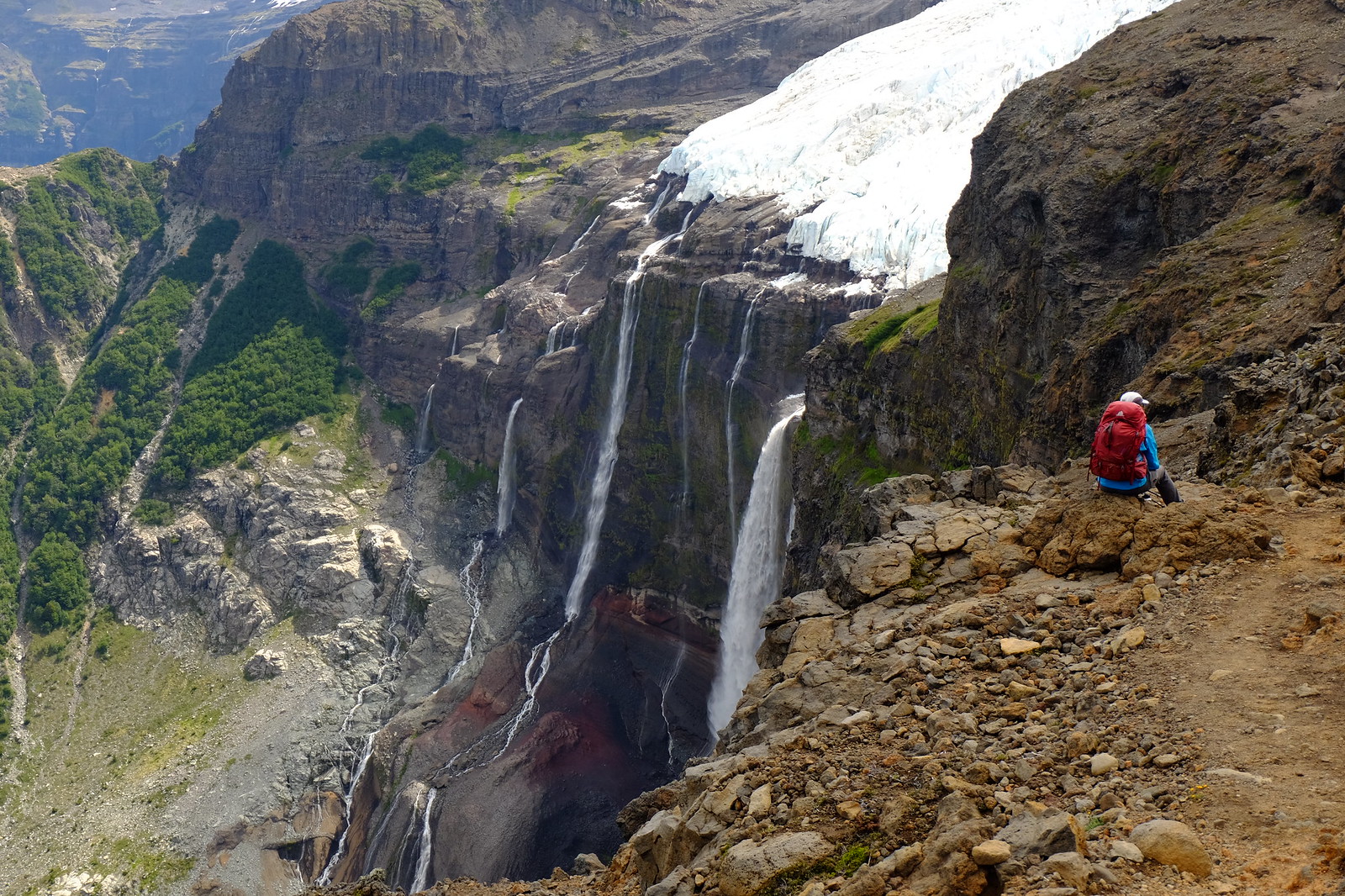 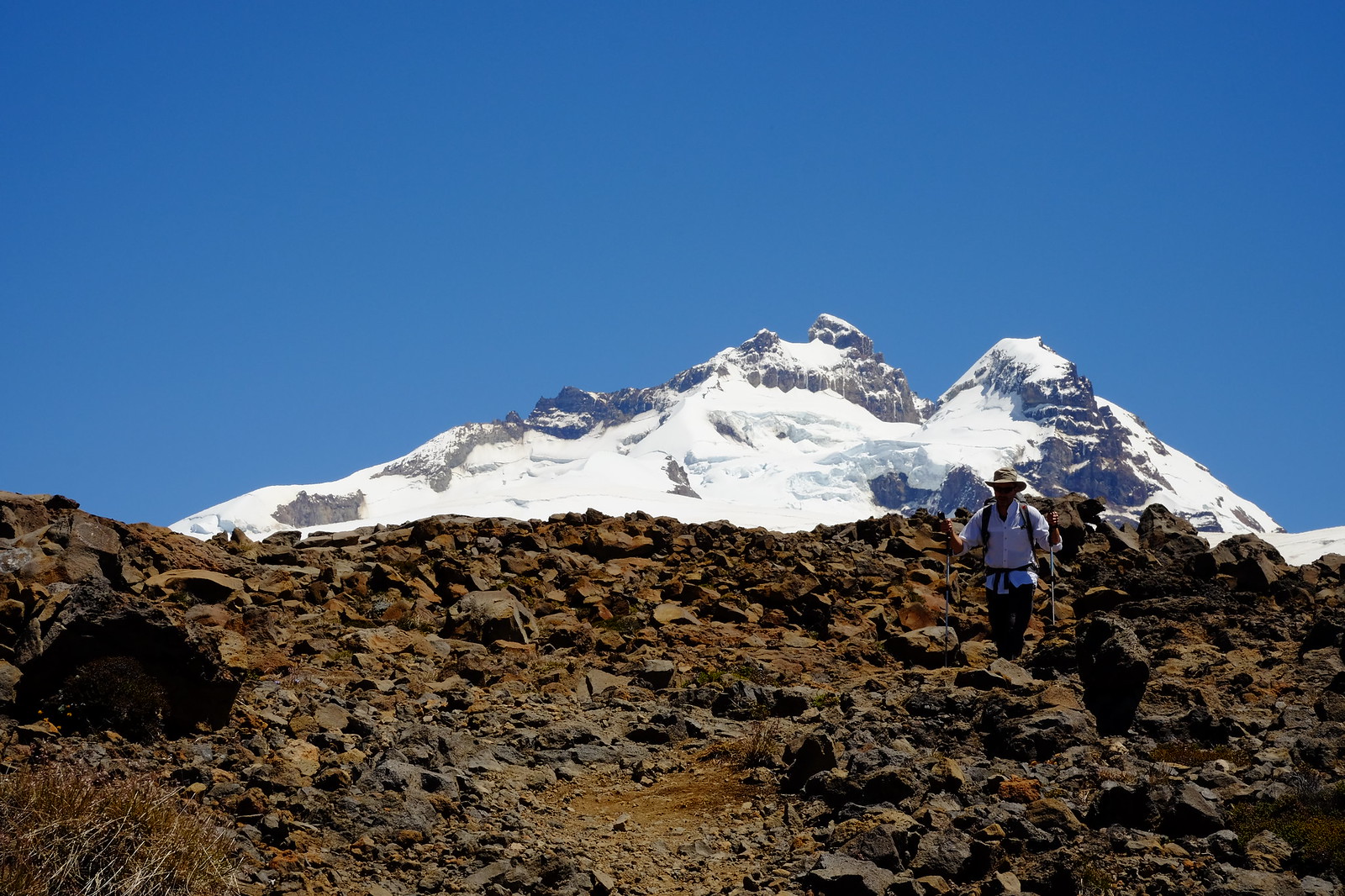 Mt. Tronador, the “Thunderer,” which was aptly named — we easily heard two dozen avalanches each day 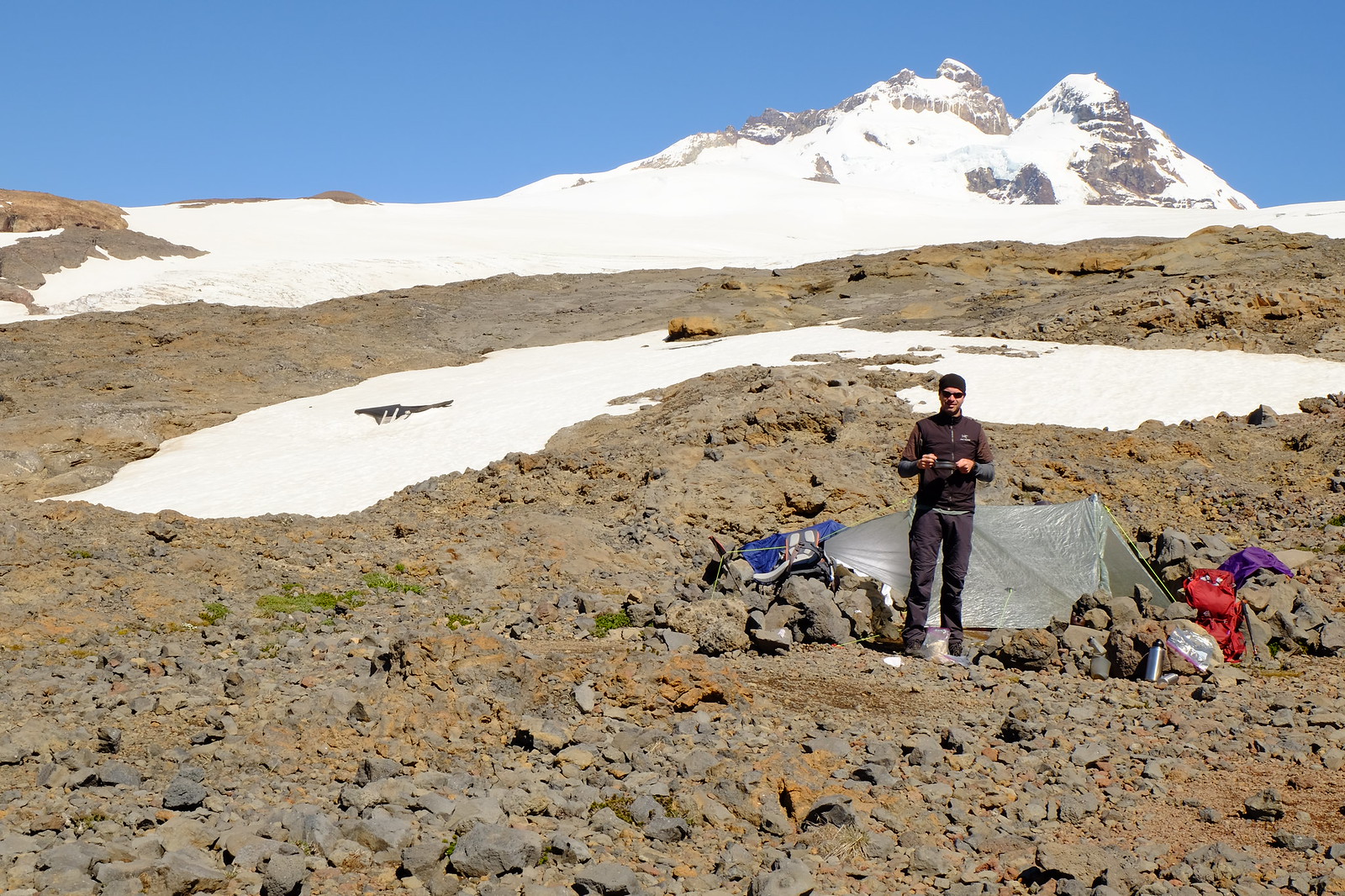 Our campsite with Tronador in the background

Well. “Backpacking” in the national parks that we’ve looked into, including the one by Bariloche, is nothing like backpacking in Washington where we carry everything on our backs that we need and use our stove to cook something as exciting as ramen for dinner outside our tent. It’s more like catered hut to hut here. Technically, you cannot “wild camp” in these parks. Instead, there are Refugios, which are shelters run by a mountaineering group called Club Andino, and you can either sleep in or pitch your tent near the Refugio. 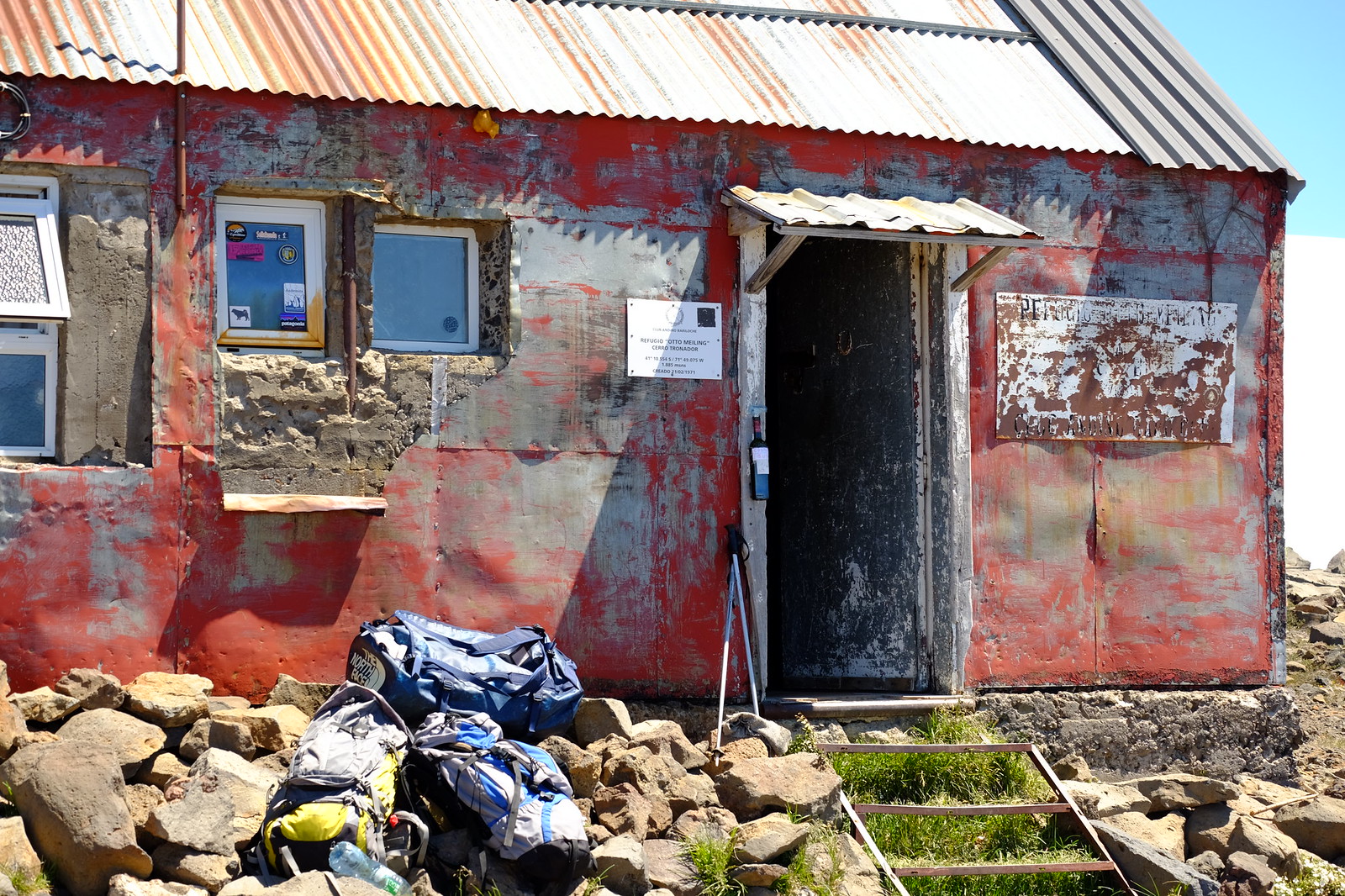 And, the Club Andino members will cook you dinner and even serve you wine! Dinner the night we were there was a choice of baked lamb and potatoes, or goulash. We opted for the goulash and it was the best I’ve ever had. 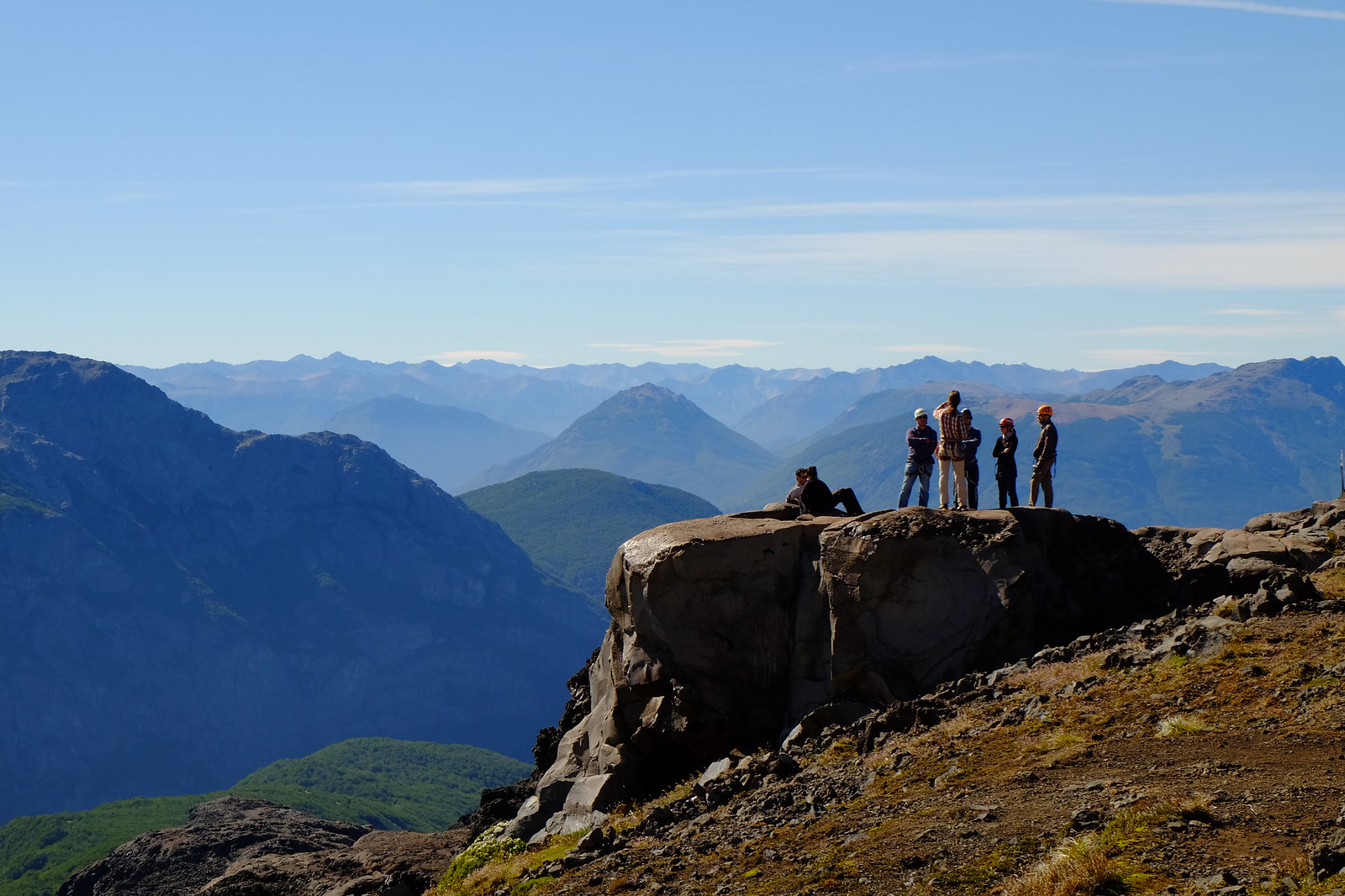 Near our campsite, and the Andes extended as far as you could see in every direction 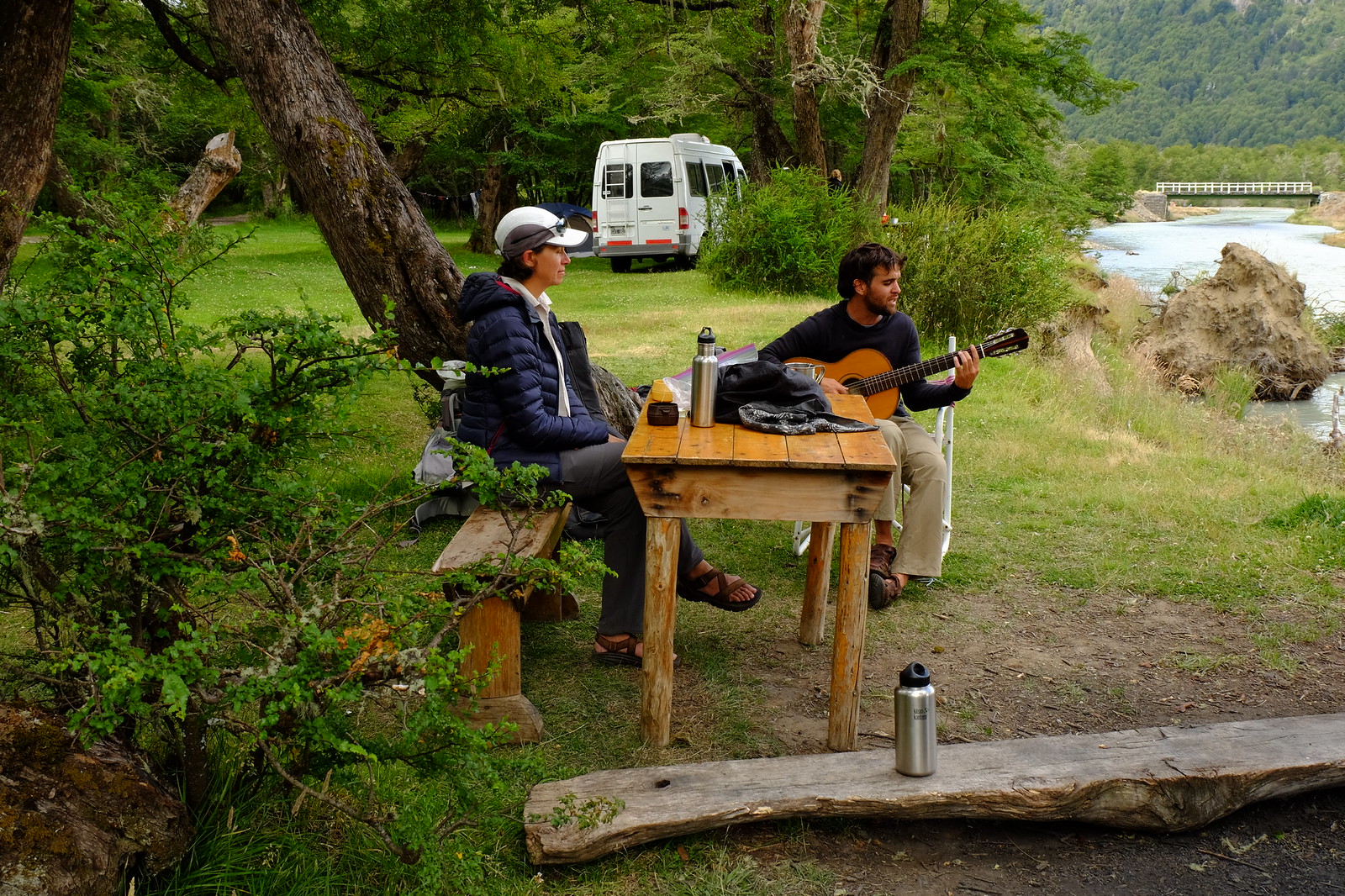 We camped in a campground one night at the base of Tronador, where we listened to a guy named Thomas from Buenos Aires play some very good guitar, including a haunting tango

We’re now off — in a camper van — to Southern Patagonia, which is notorious for bad weather so we’ll be happy if we even catch a glimpse of Fitz Roy…

Beautiful, you two, I am so appreciative that you are sharing your travels.

The mountains are so stunning. Hope the roads to Southern Patagonia were good. “Exciting” barely describes your trip. I can’t wait for the next episode!! Safe travels.

I am LOVING your posts! Vicarious travel, and you’ve been to the one place I’ve always wanted to go to–Tierra del Fuego!

I think these pictures look even more amazing than Antarctica.

WOW! What a great trip so far. Looking forward to the next adventure, kept me coming! 🙂

Hi! Ian here…Zeke’s Miami friend. See you’re now in Santiago. May I recommend that you see La Choscona, Pablo Neruda’s home there, the Chilean history museum off the Plaza d’Armas, and the great seafood mercado! You have a place to stay, if you care to, when you again pass through Miami. We host a lot of Couchsurfers here. Best, Ian