Dismounted, we ambled out of the mountains and into metropolis. As admittedly difficult as it was to put down the cook stove and baked beans, Santiago had its work cut out for it if it was going to pry us back into civilization after enjoying the spoils of Patagonia. Santiago was more than up to the task it turned out. Oddly, Peruvian cuisine, what all the foodies are eating these days, is what Santiago used to win us over. Peruvian food and strong pisco sours. The amazing transformation from cowboy to city-slicker was smoother than I had imagined. 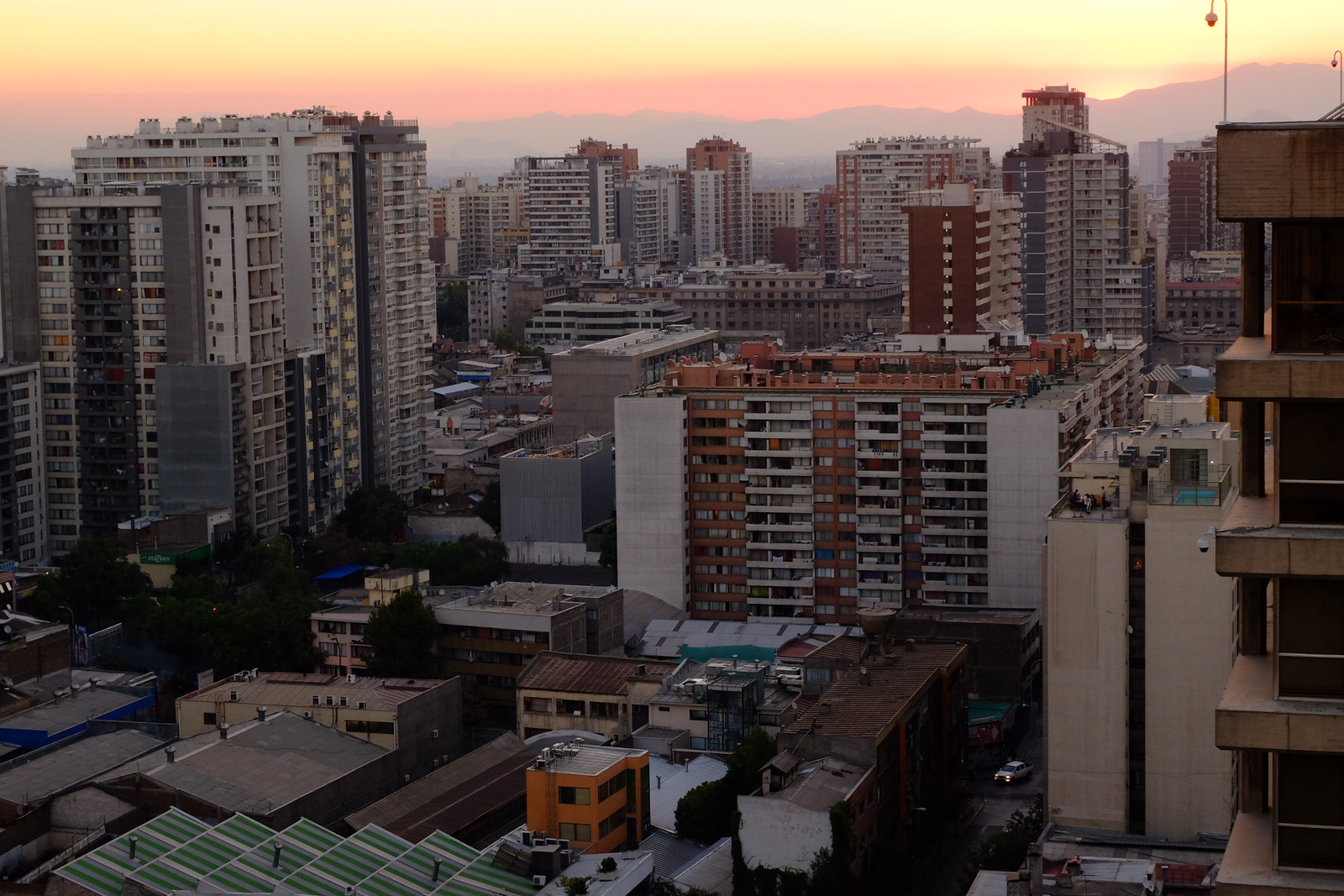 View of Santiago from the roof of our Airbnb apartment

The city also offered us a chance to recharge our travel legs and spirit after having been on the go for what felt like quite a few weeks. Santiago entertained us with the typical tourist fare, museums, walking tours, cafes and people watching. Last but not least, there was Santiago’s La Vega Central, the impressive fruit and vegetable market with very cheap and high quality food. We went twice and came away with a bagful of deliciousness each time. 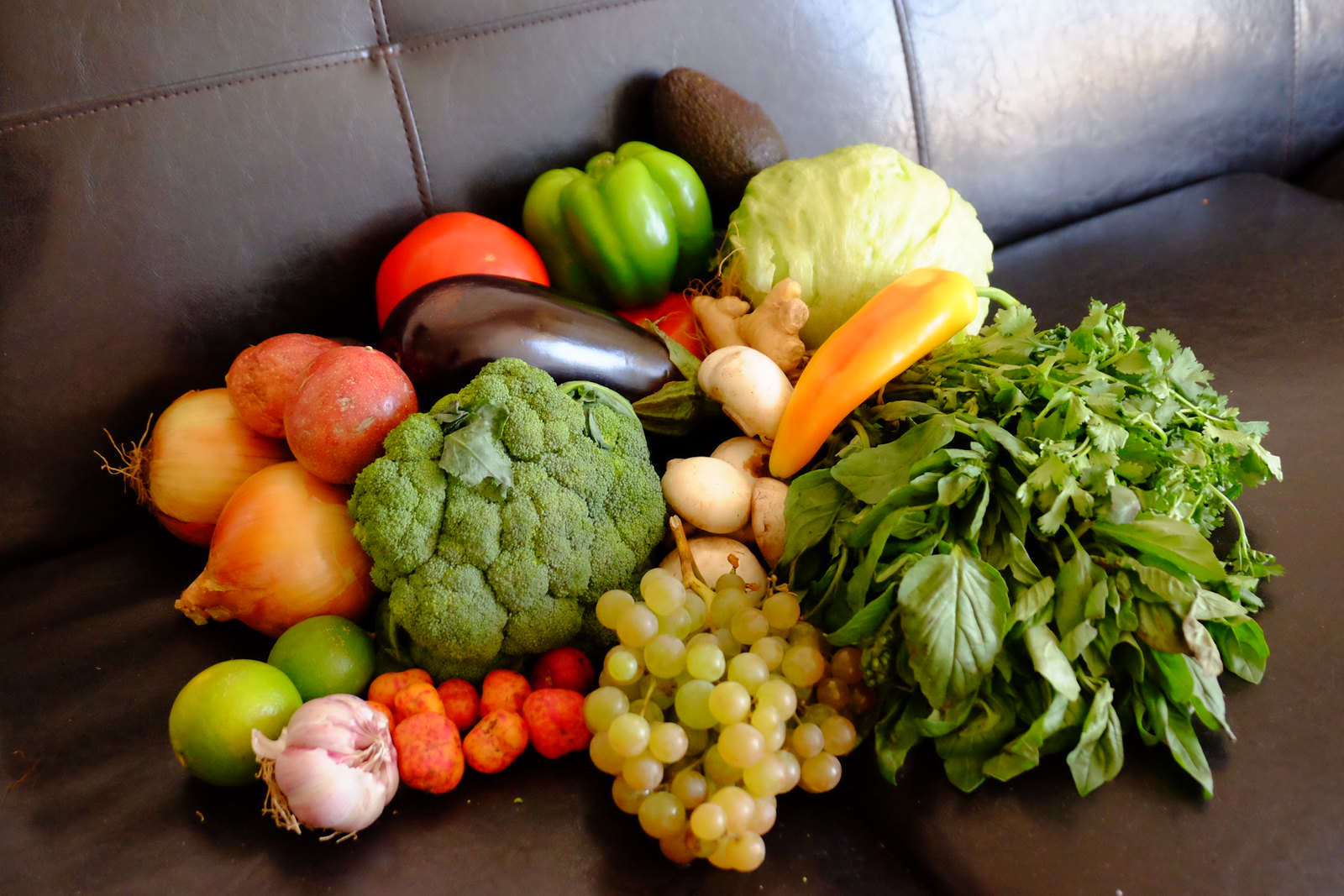 The haul from our first trip to La Vega. Muscat grapes! Tomatoes that taste like tomatoes! Unidentified yellow and pink root veggies!

I decided to pass on the human rights museum leaving Denise as our sole representative. Chile is yet another state in a long list of sad states that was beguiled by another CIA sponsored dictator who took power over its popularly elected president by guns, bombs and media suppression. I know, I know.. “But … the cold war n’ stuff …”. Anyway, there is a museum that commemorates the victims of torture and death from Pinochet’s secret service deeds, but as I was saying, Denise was our lone representative there. She assured me that it wasn’t nearly as much real-life gore as I had feared and that it was really well done. One haunting image she described to me: during Pinochet’s rule, women whose spouses/brothers/fathers were missing would gather in public for support, where one woman would dance the Cueca, the national dance that is always danced with a partner, alone.

We also took a couple of trips out of the main part of the city. A really well done wine tour at Santa Carolina, one of the older wineries in the area, which is in the city limits and surrounded by warehouses today instead of vineyards. 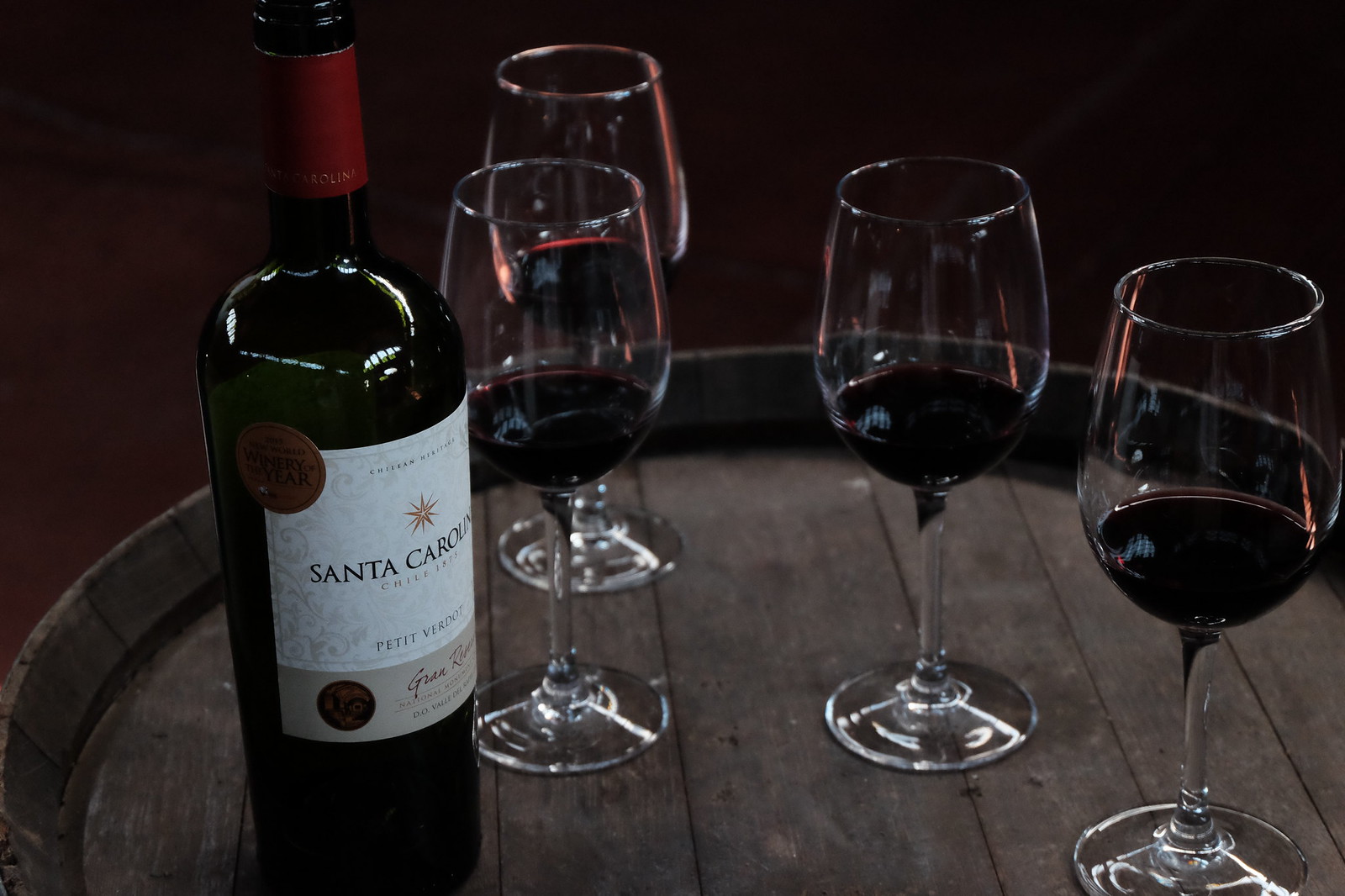 We also took a day trip out to the small town of Pomaire where they make all sorts of hand made pottery, and had a really delicious and traditional lunch of a white bean and sausage soup. It transported us straight to wintertime in front of a crackling fire. 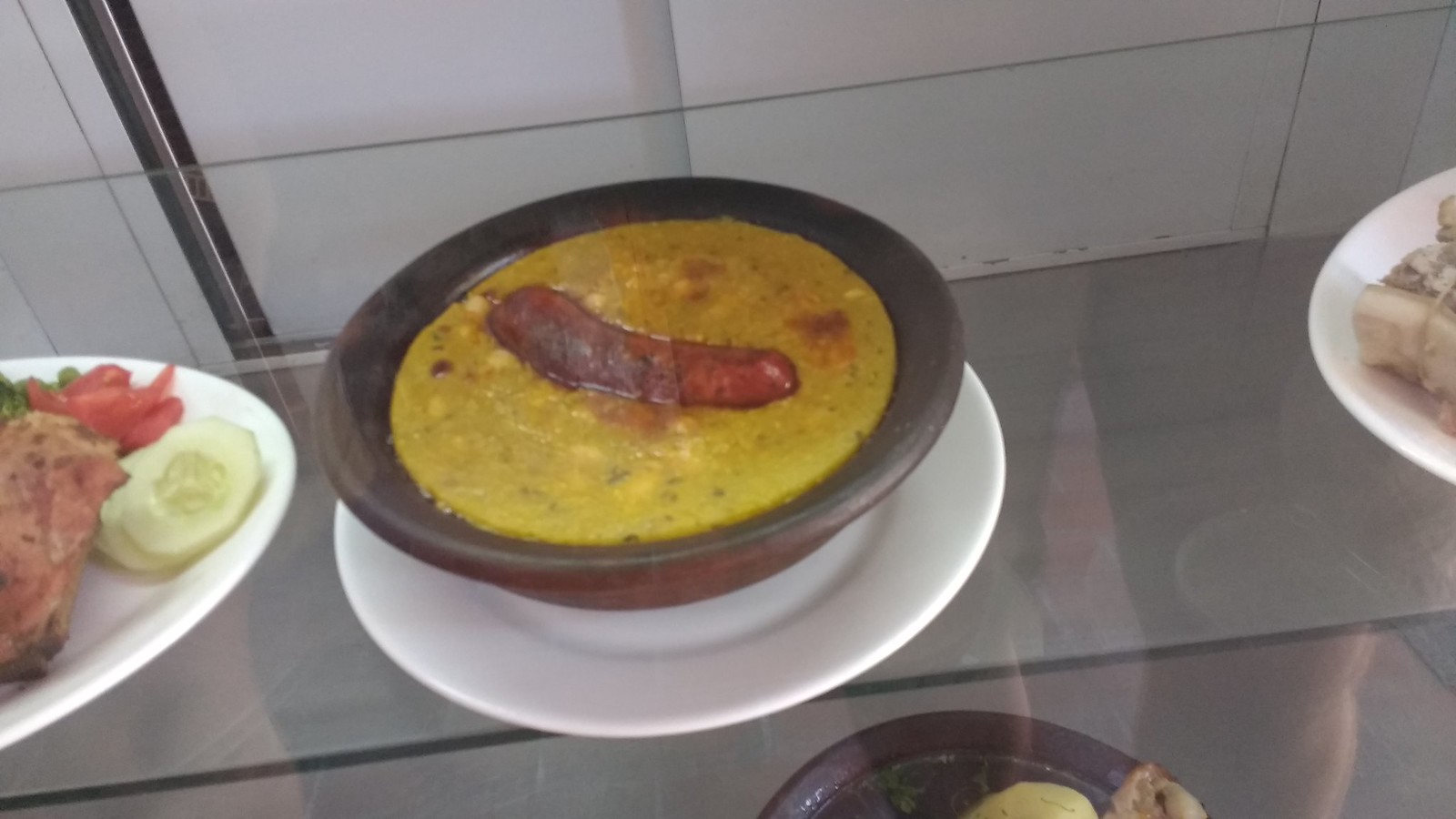 After more than a week in Santiago, it was time to go. The heat of the day had us excited about spending some time on the coast so we pointed west and headed to the port town of Valparaiso. 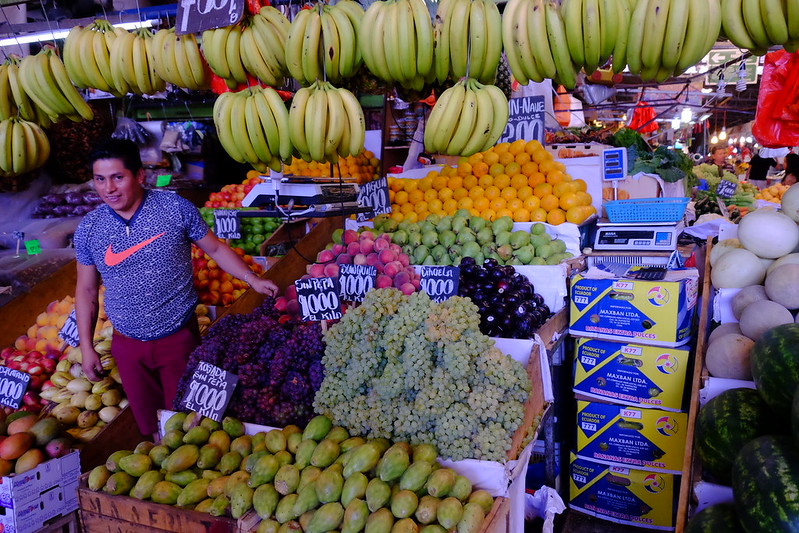 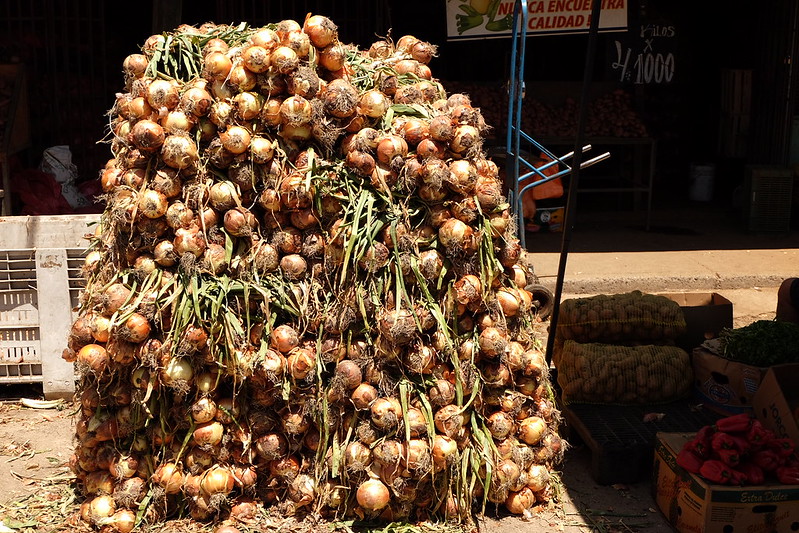 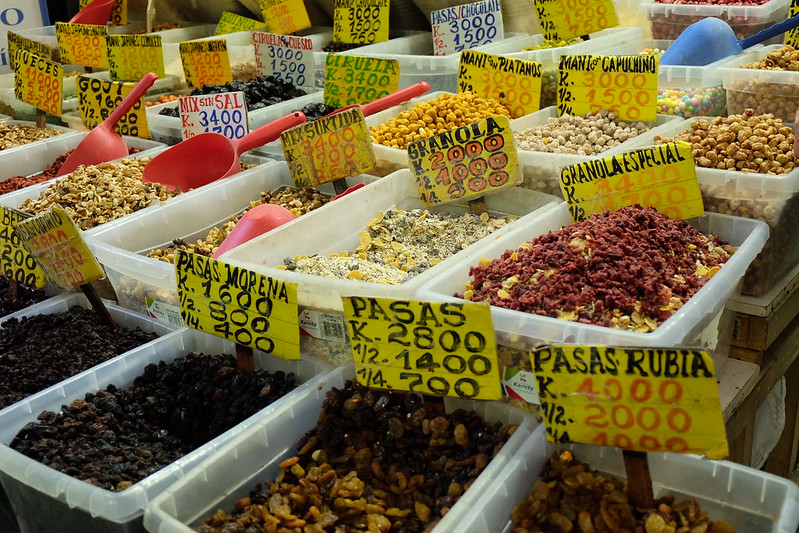 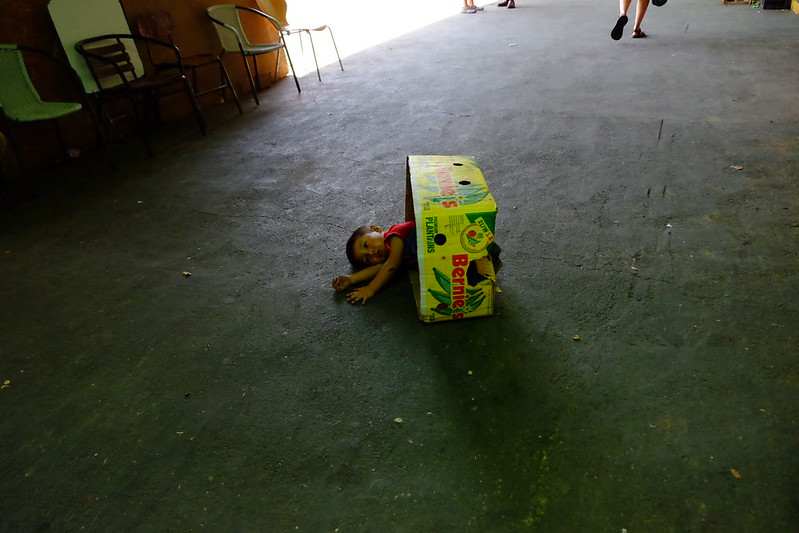 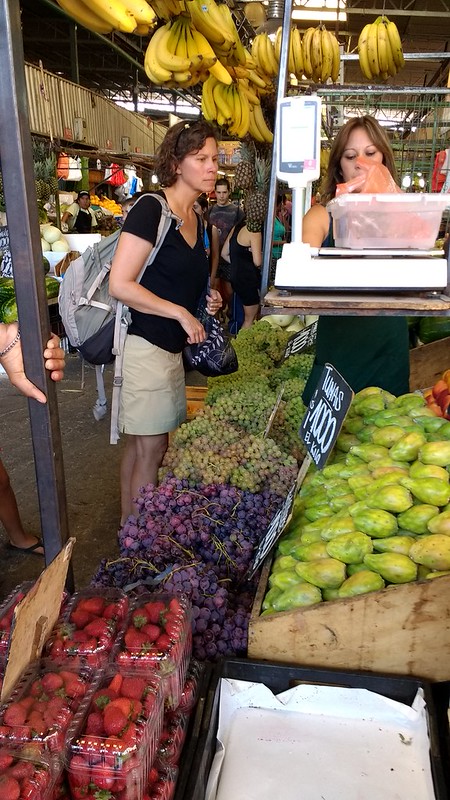 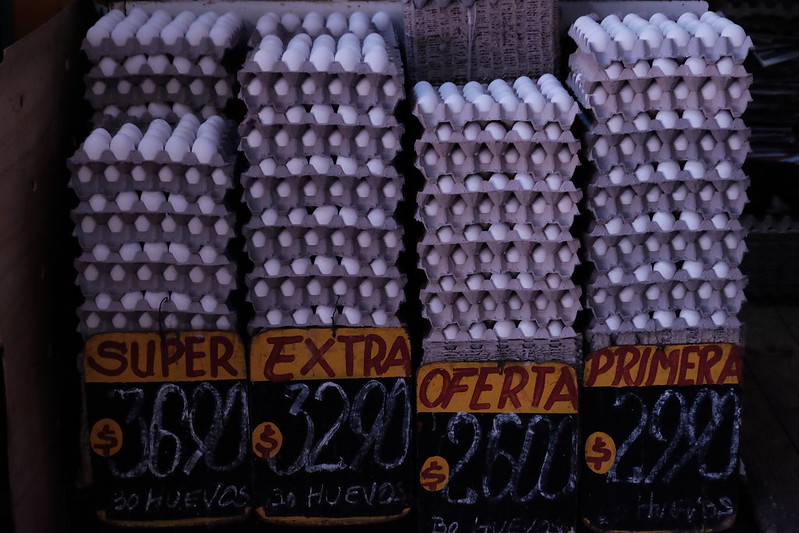 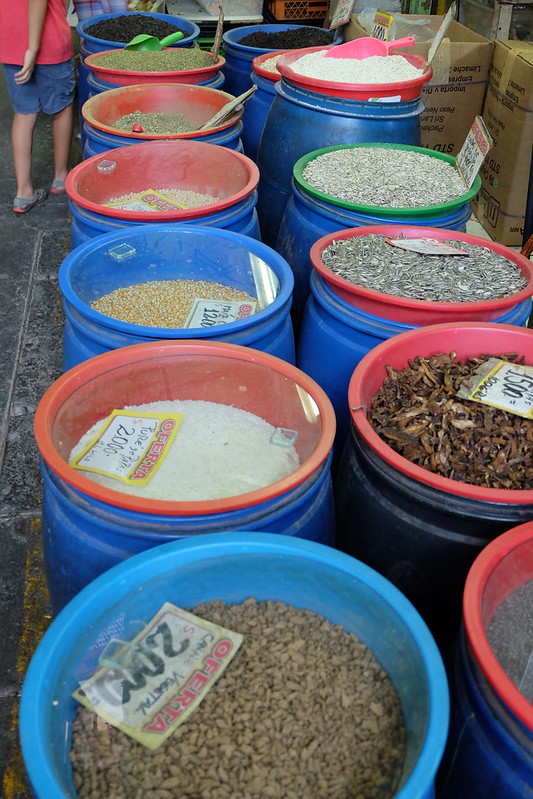 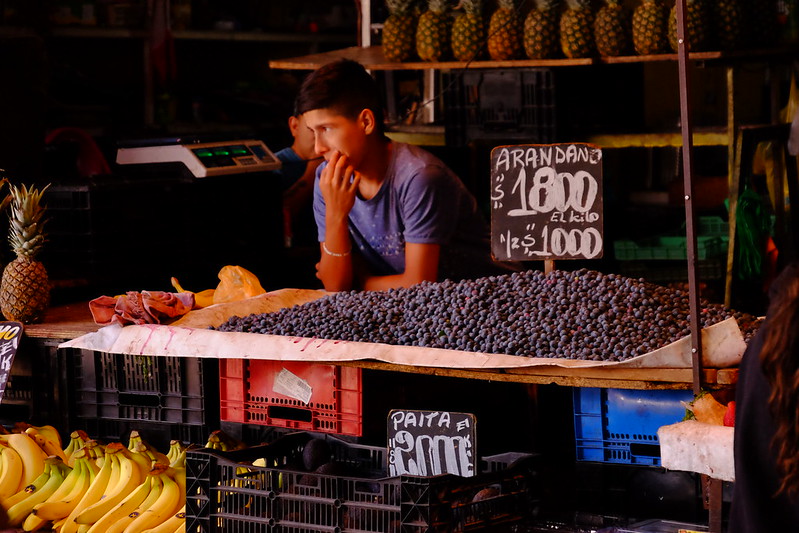 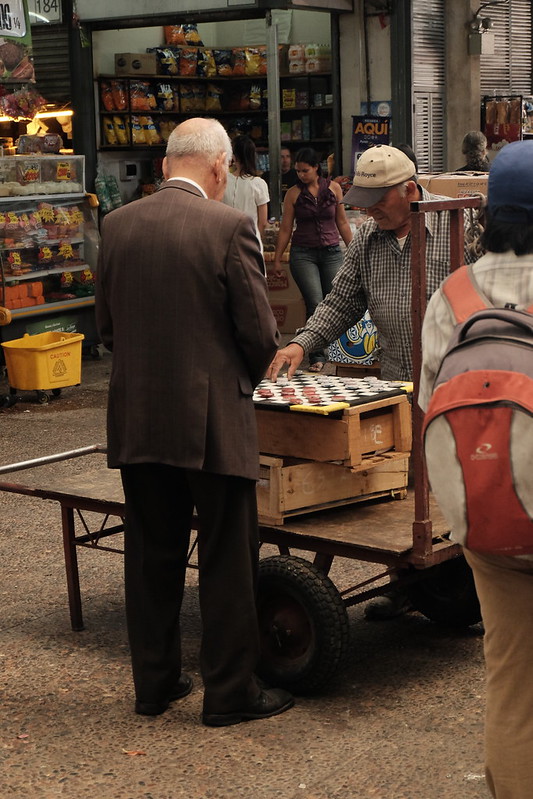 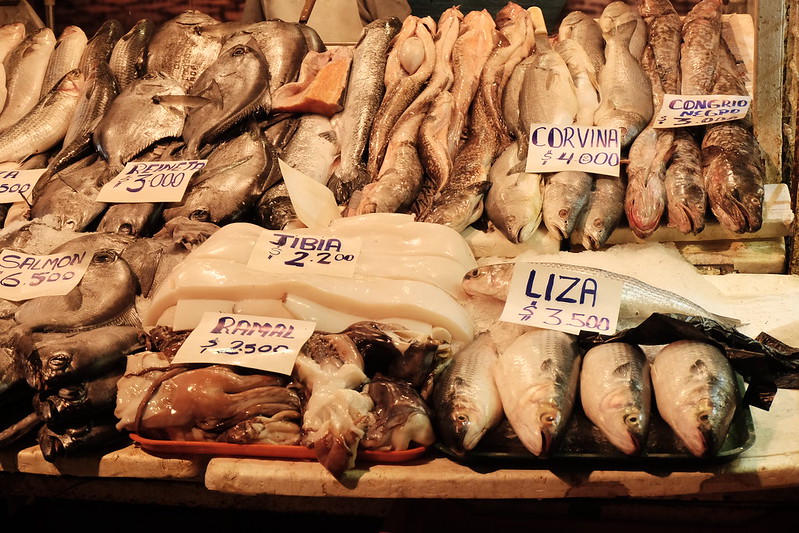 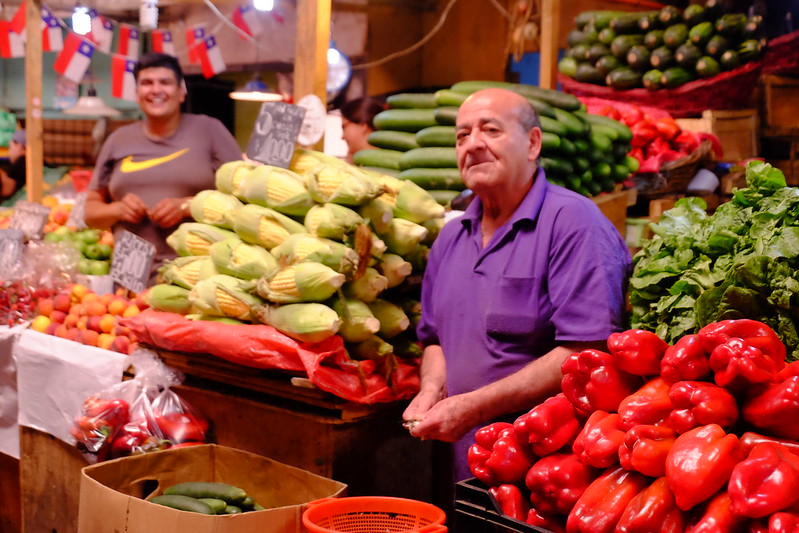 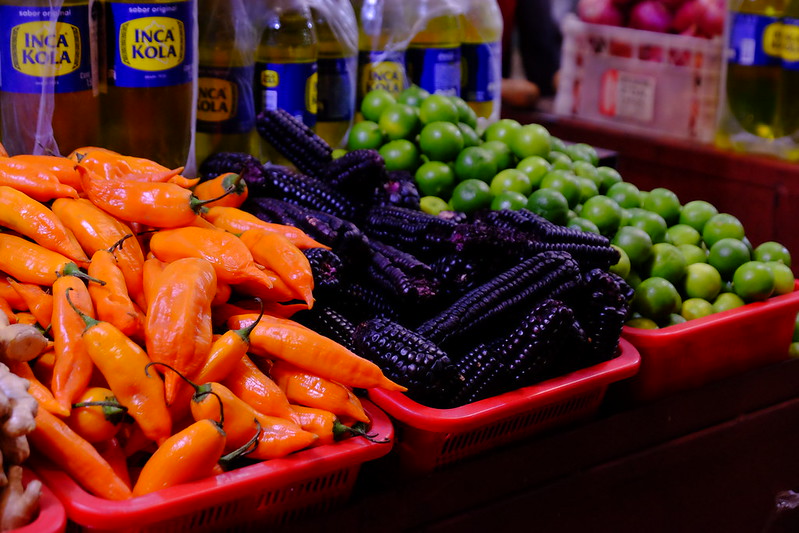 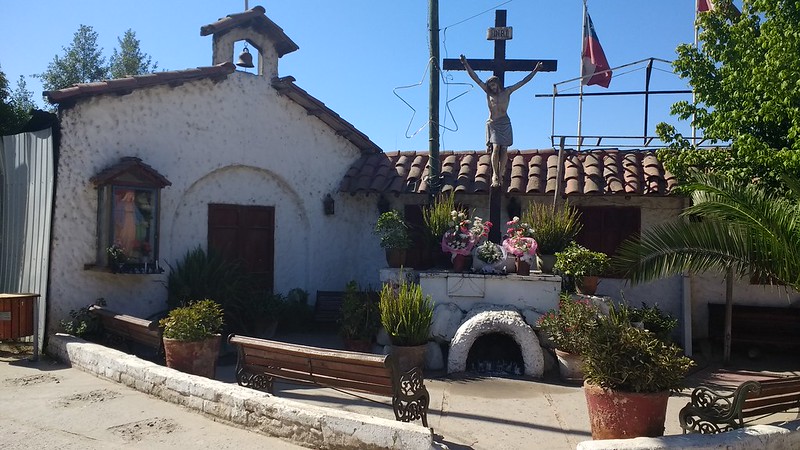 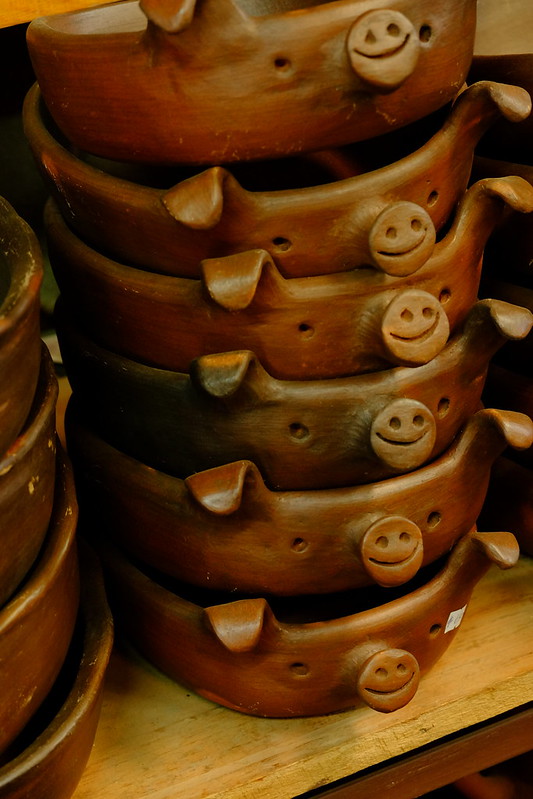 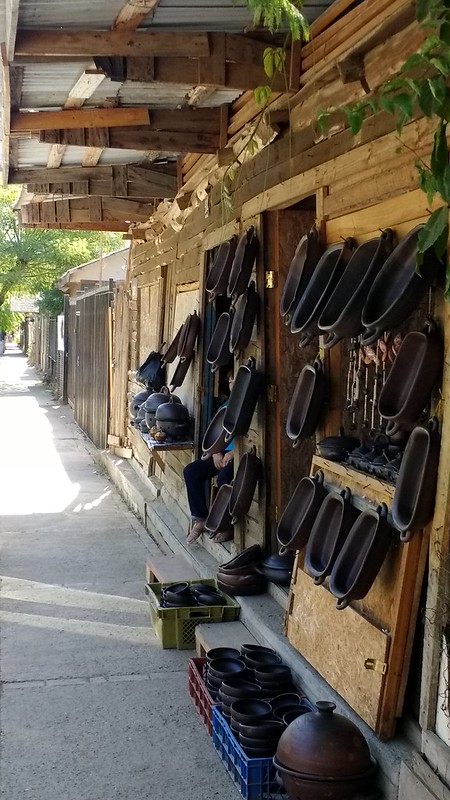 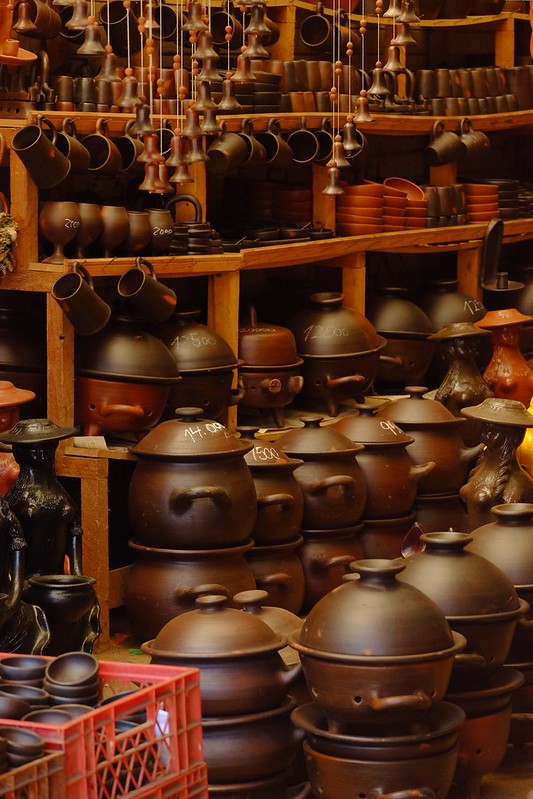 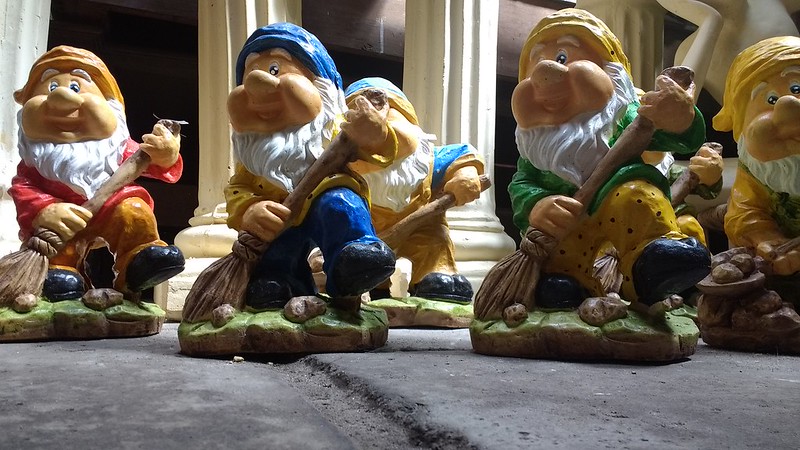 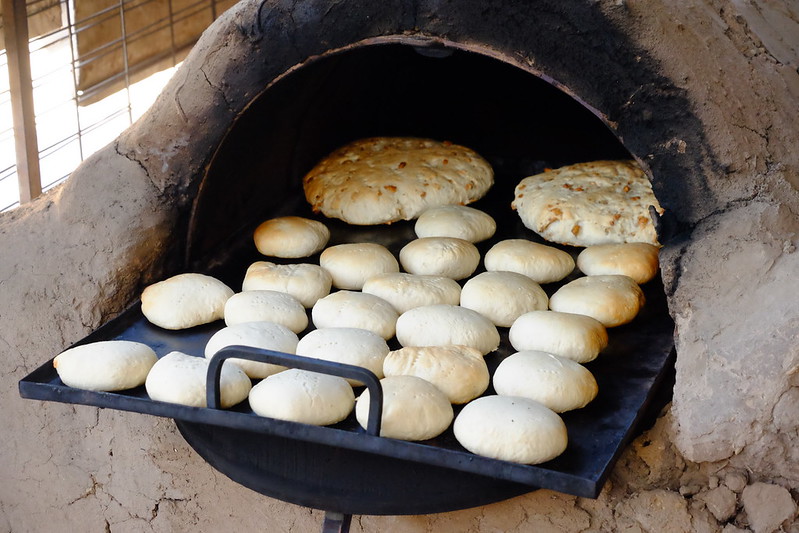 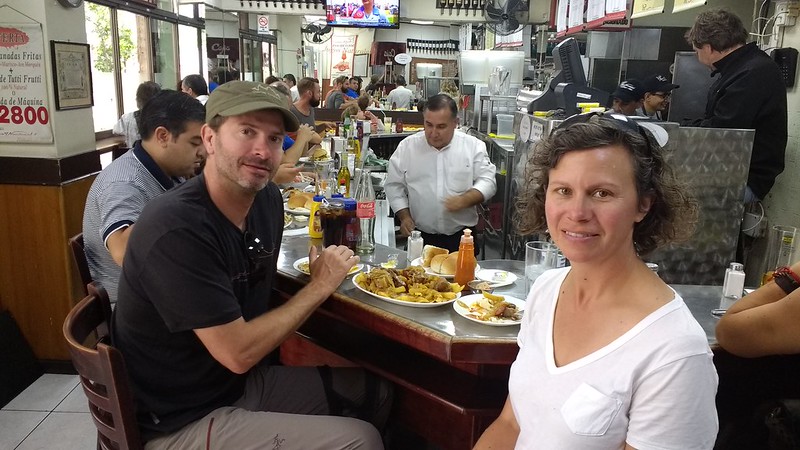 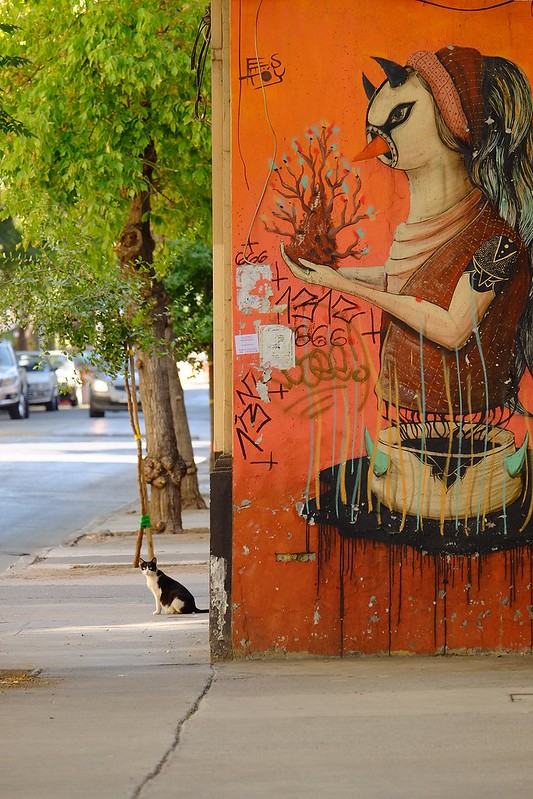 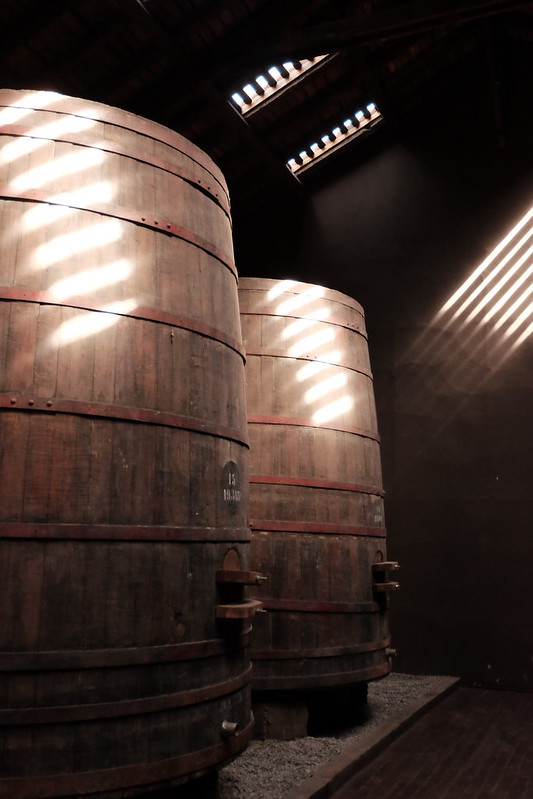 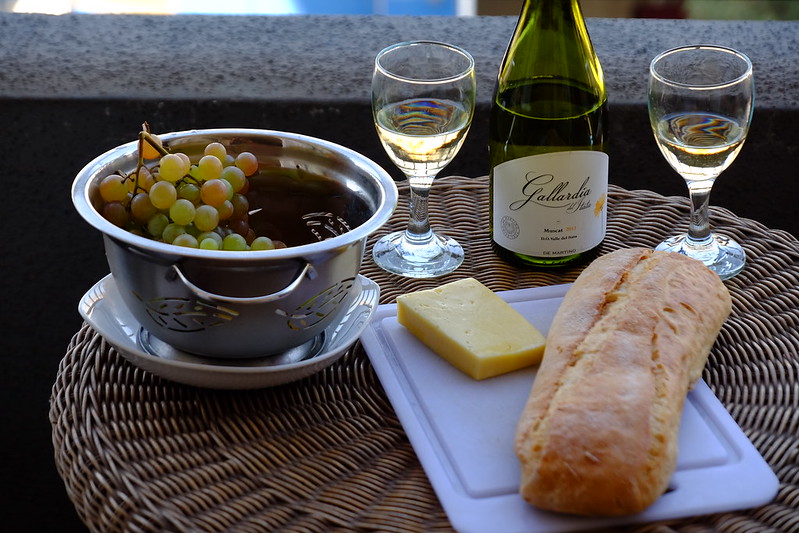 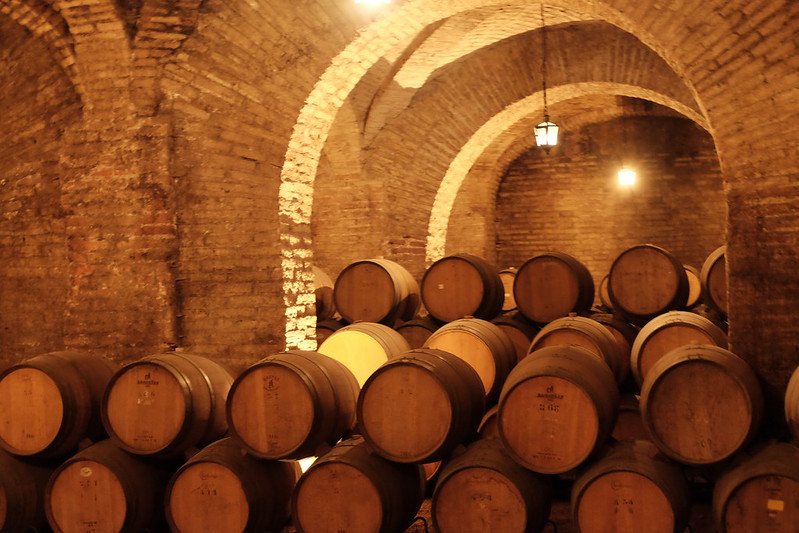 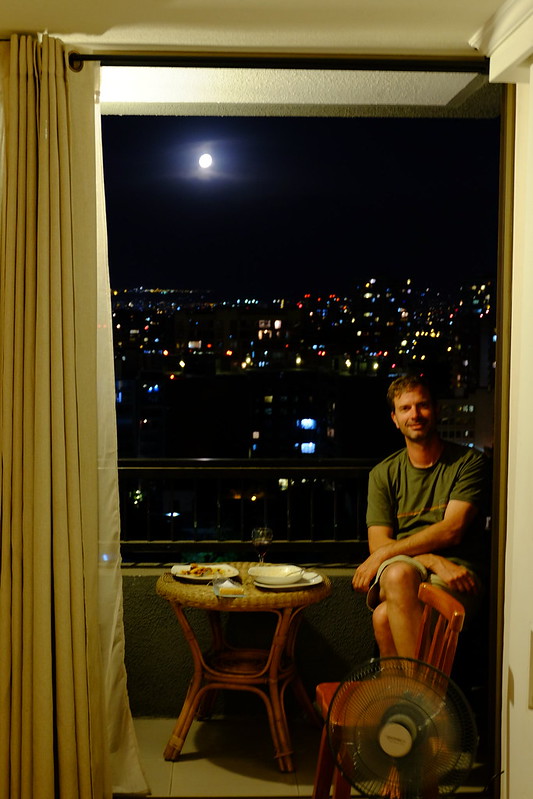 It was great to get this update….the pictures were awesome and your description of everything you are doing is so interesting. I continue to keep both of you in my thoughts and prayers as you continue on this fabulous adventure!!!!!

–» one of the older wineries in the area, which is in the city limits and surrounded by warehouses today instead of vineyards

That must have made you homesick for Woodinville.

Fabulous intense colorful pictures of the food! Amazing. This is traveling vicariously. Thank you.